Definitions have been distorted and important words have lost their true meaning. Communicators must turn the tide against the twisting and debasement of language. By Delphine Jouenne.

Communication today must convey meaning. Since customers are unaware of it, the communicator’s job is to help them conceptualise it. “Giving sense to” means putting the words, the way they’re used, and the range of possibilities they offer us, into perspective.

But words have gradually lost their meaning. Their definitions are distorted, their initial meaning is lost or even misinterpreted: how does this happen?

In a positive society, embracing holacracy and liberated enterprise, and with the challenge of artificial intelligence, we need urgently to rediscover words, by considering not only their associations and context, but also their immediate environment, by analysing neighbouring words that help in constructing the meaning.

Take, for instance, a word that has become current: transparency. A word we impose on businesses that must constantly disclose more. Originally, the word transparency – from the Latin trans (across) and parere (appear, be seen, submit, yield to, dependent on, etc. –  was a quality of something that let through the light and allowed a clear view of objects placed behind it.

Since then, it has been used to replace translucid, even though the two words are etymologically separate. In psychology, it has developed the figurative sense of “hiding nothing”, in relation to words or an attitude that was easy to interpret.

Thus, from its origin, the word has conveyed the idea of falling into line.

Transparency can therefore be a constraint that helps destroy negativity. As such, everything must be exposed to the light with no opacity. In the same way, the digital photograph has done away with the dark room. It is now simply its exhibition value, intrinsically present and without regard to the narrative tension.

The transparency of society

The world’s a stage – or at least it was. We show ourselves on social networks with no moral imperative, and the boundary between intimate and public life has disappeared. Welcome to this transparent society, devotee of the translucid, with neither darkness nor brightness.

After all, what is transparency, other than emptiness? To ward off emptiness, we circulate a mass of information that fails to enlighten the world, since the more information is released, the more opaque it is. Transparency ultimately translates into a lack of truth where everything is staged, everything is measured by its exhibition value. The imperative of transparency makes anything that does not submit to visibility appear suspicious, yet it does not create proximity.

A strong value such as trust relies on the relationship between what one has learnt and what one ultimately does not know. Where there is transparency, there is no trust, because we are in a state of mistrust and suspicion. The fact that we constantly ask businesses for more information and more transparency is a clear indication of this lack of trust, in a world where honesty and sincerity have lost their meaning. We are a long way from the truthful and unconstrained discourse advocated by Rousseau in his Confessions.

The French word confiance (trust) comes from the Latin confidentia, or confidence, but also from the Old French fiance, to rely on. The term initially meant believing with confidence, feeling that one could safely rely on someone or something. It could also imply courage.

Any form of trust must depend on a relationship with another, because trust is created between us. It may be a predisposition that is formed and sustained from childhood that lets us assume that we do not need to know everything to have trust: we simply need a few signs. It has therefore been neglected by philosophers, who prefer the critique of reason.

The very origin of “confiance” contains the idea of belief, or even faith. We want to trust our government or our company, but at the same time, our reason needs something tangible; concrete information on which to rely. This is why we write contracts that protect ourselves should things go wrong, but that undermine trust.

Trust requires a risk that we are less and less inclined to take. We no longer have faith in trust, and constantly demand more and more safeguards.

The term promise, from the Latin promittere, has a literal sense of “going forward”, but means rather “guarantee and ensure”. In the figurative sense, it has gradually gained the meaning of “state as certain”. Hence the obligation created by the promise, which creates a commitment for its giver.

What is the link between the expression of a promise and the chance of its being fulfilled? We talk constantly about the employer’s promise to attract talented people: how far can these vaunted promises be real, if they are not honest? What about responsibility for them or about responsible action?

According to J.L. Austin, “a promise is a form of challenge: it is not enough for you to intend fully to keep it, you must also undertake to show that you are in a position to promise, in other words, that it is in your power”. The promise thus implies a moral commitment and hence an obligation.

After all, who really feels under an obligation when the employer makes an announcement? Who does not hesitate to promise with no means of guaranteeing a commitment?

Politicians, honest or not, are elected on a programme or a promise, and the same is true of employers. Who can really check that what is promised at the height of the talent war is acted on? Should we not talk instead of an undertaking, thus removing the whole moral connotation surrounding the promise?

As a final example of a badly-used word, consider diversity. The term comes from the Latin diversitas meaning “difference, contradiction”. The Old French word has the same meaning as the Latin, but also has the metonymic meaning of “oddness”. The etymology of the Latin diversus gives the word the sense of “opposed, distant or contrary”.

This is a long way from the concept of inclusive diversity as advocated in business today. “Inclusive diversity” means all the strategies and actions designed to counter discrimination in order to establish equity. The best choice would have been “variety”, as used in natural history, since it means “beings or things that have features in common”. It thus defines a subdivision of a species, defined by a variation in its characteristics. So yes, there can be different varieties of employees, just as there are, say, of apples.

Thinking about words is a way to arrive at their meaning by focusing on their etymology. It might be appropriate to revisit some that are often debased by business, even though they are only employed for a better understanding.

And in a context where artificial intelligence is making giant strides, suppose we became aware of words again, so we were better able to restore their sense? It’s the communication experts who must lead the way. 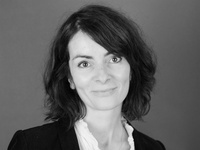