ITL #314 Rise of the media bots: what robot reporters mean for the future of PR


Media outlets are beginning to use AI-based tools to create editorial content. Where is this leading and how should PR prepare? By Meredith L. Eaton.

Before you read any further, you should know that this piece was authored by a human.

That may seem like an obvious statement, but is it?

If you’re following AI trends in media, you know that we may not be too far off from needing disclaimers at the end of articles telling readers that what they’re reading was written by a person and not a bot, instead of the other way around – especially as some artificial intelligence is getting so good in matching both subject and style, it’s scary.

As we continue to see AI evolve, the rise of the robot reporter raises some interesting questions. Will a robot reporter ever be able to inject the creativity and nuance required to craft substantive, appealing stories? How much of a human touch is needed to raise the quality of the content to an acceptable standard? And, is this robot revolution a good thing for the industry?

At the start of the year, Forbes announced the arrival of an AI-based tool named “Bertie” that suggests topics and headlines for members of its vast contributor network, and can even write first drafts of articles for them.

But Forbes isn’t the only one. The Associated Press uses AI for certain formulaic articles that can follow a data-driven template, such as earnings reports or even sports scores. Similarly, the Washington Post’s automated reporter (Heliograf) wrote 850 stories in its first year – compared to the AP’s 4,400 earnings reports published each quarter – and the LA Times is using data from the U.S. Geological Survey to put out reports from QuakeBot whenever an earthquake hits.

All of this shows that robot reporters are now really testing boundaries compared to a few years ago. Indeed, many people believe that the journalism of the future will be written with the help of AI, despite the acknowledgement that it’s still limited to news reports and data-driven content before human intervention is required.

As with all new technologies – especially when AI is involved – there are potential risks to consider; and robot reporters are no exception. While they offer many benefits, such as freeing journalists up to focus on more in-depth articles, there are also reasons to be wary.

For example, they could be manipulated to contribute to the spread of fake news which, as we all know, has become a high-profile scourge of the media industry. It’s not a stretch to imagine one of these tools being hacked and used to spread whatever false narrative the attacker wants, all with the aim of hijacking public issues and swaying public opinion.

Then there is the growing threat of ‘deep fakes’, which are a form of high-tech forgery that take things a step further than fake news. Essentially, they are computer-generated videos made to look like someone is saying or doing something that hasn’t actually happened.

It is already extremely hard to tell the difference between a real and a deep fake video so, with the next step of robot reporters likely to involve creating video content, this is a very real risk that would have to be addressed.

There are certainly pros and cons to this debate, but the most important question from our point of view, is what does the robot reporter trend mean for PR professionals?

With publications continuing to cut down editorial teams and more journalists going freelance, PR practitioners are already facing a shrinking pool of journalists to pitch to. Add AI reporters into the mix and it’s clearly going to get that much harder to find and win the attention of a journalist (or contributor).

Therefore, media relations teams may soon need to optimise pitches and materials for bots. In a not too distant future, that may mean sending content in database form so it can be fed into algorithms, or creating repositories of content like images, video and audio for AI 'journalists' to scan and pull in additional information for their stories.

In the shorter term, the dwindling number of journalists means PR pros will need to lessen their campaigns’ focus on traditional media relations. Instead, they will have to take a more integrated approach that includes a combination of content, digital, paid and social tactics to achieve clients’ marketing objectives.

Rather than concentrating on metrics such as the amount of coverage generated – which is likely to become more difficult as robot reporters increase in prominence – more focus will have to go toward using multiple digital channels to get the right content in front of the right audiences.

Implementing this digital, integrated approach will be key to generating business outcomes beyond traditional PR and providing value to clients by connecting them to potential customers.

But, there’s no need to start panicking, media relations isn’t going anywhere just yet. PR practitioners still have a vital role to play in b2b marketing and communications due to the relationships they build with media. No matter how hard people try, the human factor will never disappear completely. Whether it’s having access to a trusted source, or interviewing a company spokesperson to delve deeper into a topic, there are many aspects of PR that robots simply can’t do.

Ultimately, people and relationships are still at the heart of this business – it is public relations after all! – and this isn’t set to change any time soon. 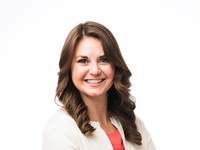