Scientific advances and policy changes are driving a transformation in healthcare globally, raising questions about ethics, efficacy and access that communicators need to address. By Jill Dosik.

In the rapidly evolving field of healthcare communications, it can be challenging to predict which issues and policy changes will break through and drive discussion throughout the year. In 2019, however, there are already several clear trends capturing attention at the global level – ranging from unlikely areas of emerging science to potentially historic steps toward universal healthcare.

The following five trends will be worth following as you approach strategic planning.

In February 2019, the BBC introduced the world to 80-year-old Janet Osborne of Oxford, England, the first person to receive gene therapy to prevent vision loss caused by age-related macular degeneration (AMD), the most common cause of blindness in people over 55 in developed countries.

Gene therapy, which involves the insertion of a functioning gene into a patient’s body to correct the effects of a genetic mutation, is a burgeoning field of medical research. It’s estimated that there are nearly 300 gene therapies under development to treat more than 100 diseases, including hemophilia, sickle cell anemia, Type 1 diabetes, as well as AMD. A gene therapy that treats another cause of blindness, in this instance, a rare, hereditary retinal disease, is already approved in the United States and Europe.

The hope is that gene therapy will soon offer transformative and lifelong benefits for patients across a range of diseases after just one procedure.

“A genetic treatment administered early on to preserve vision in patients who would otherwise lose their sight would be a tremendous breakthrough in ophthalmology and certainly something I hope to see in the future,” says Dr. MacLaren, professor of ophthalmology at the University of Oxford, who administered the investigational AMD treatment.

Balancing this hope, healthcare communicators working with companies or institutions developing gene therapies must recognize that the field is in its early stages; there are still many questions about long-term effectiveness and safety. The anticipated high cost of gene therapies, due to the complexity of their development and manufacture, means that access considerations are essential to responsible communications.

In the months ahead, Mrs. Osborne’s vision will be monitored for signs of stability or decline. There’s a lot to watch as this area evolves, clinical trials report results and gene therapies potentially become commercially available.

The gut microbiome: the forgotten organ gets its due

The gut microbiome has been making headlines this year, as the medical community explores its connection to conditions as diverse as melanoma, anorexia and lupus. A large study of Dutch and Belgian people recently found a link between the gut microbiome and depression, and an upcoming women’s health conference in Canada will examine its role during pregnancy.

The gut microbiome, which refers to the billions of bacteria living in the body’s digestive tract, sometimes called “the forgotten organ,” is now the subject of a tremendous amount of clinical research. Aided by advances in technology that enable a greater understanding of the gut microbiome, a growing number of biopharmaceutical companies are focused exclusively on studying its role across a massive range of diseases, with the hope of eventually introducing gut microbiome-based therapies and diagnostics. For example, several companies are currently pursuing late-stage trials of drugs that aim to restore the balance of the gut microbiome as a way to treat potentially life-threatening C. difficile infections.

For healthcare communicators interested in emerging areas of science with potentially significant practical applications, this is an exciting area of research that will definitely be worth following.

Combating the loneliness epidemic in the elderly

Media attention is increasingly being drawn to what is being called a global epidemic: loneliness.

In 2018, an Economist headline declared “Loneliness Is a Serious Public-Health Problem,” describing programs launched in Denmark, Australia and Japan to help address the situation. Last year, the U.K. appointed the world’s first loneliness minister. In the U.S., a former surgeon general said the effects of loneliness on health were similar to obesity or smoking 15 cigarettes a day.

Research shows that loneliness is a risk factor for depression, the progression of dementia, compromised immune systems and heart disease. Consequently, one group particularly hard-hit by loneliness is the elderly, who are often physically and emotionally isolated for a number of reasons.

Interestingly, technology, which has been blamed for rising levels of loneliness among younger people, may be of value in helping the elderly be more connected. The Wall Street Journal recently covered “Digital Cures for Senior Loneliness,” looking at how “robots and grandkids-on-demand are being deployed to defeat an ever-more lethal crisis” and describing the exponential increase in funding for startup companies that are exploring digital health strategies to help older people feel less alone.

It’s an area that naturally lends itself to creativity and innovation and will continue to be followed both from health and policy standpoints. At the same time, anyone reading this article can contribute with a decidedly low-tech approach: calling or visiting an elderly neighbor or relative, or volunteering with a local organization that engages and enhances the lives of seniors. This is an area where communicators can use their skills to make a real difference.

The United Nations convenes on health for all

With an estimated 400 million people lacking access to essential health services, the World Health Organization (WHO) has made universal health coverage (UHC) its No. 1 priority – ensuring it will be a global health policy news-making topic throughout 2019.

On September 23, 2019, in New York City, the first-ever United Nations High-Level Meeting (U.N. HLM) on UHC will convene world leaders to “pledge actionable steps to make health for all a reality by 2030.” The U.N. describes this meeting as the best opportunity to secure political commitment from heads of state and government to prioritize UHC, noting “It will be the most significant political meeting held on UHC to date, and will result in a Political Declaration on UHC, negotiated by Member States and endorsed by Heads of State."

The meeting will be the sixth time the U.N. has called for a high-level meeting devoted to a health issue, the first being the 2001 Special Session on HIV/AIDS, followed by U.N. HLMs on non-communicable diseases, Ebola, antimicrobial resistance and tuberculosis.

The controversial potential of CRISPR

CRISPR. Perhaps you’ve heard the term. But what does it mean? And is it a good thing?

CRISPR, which stands for Clustered Regularly Interspaced Short Palindromic Repeats, is a gene-editing technology that is getting an avalanche of press and causing quite a stir in scientific and bioethics circles.  Likened to a “molecular Swiss Army Knife,” CRISPR allows researchers to quickly and easily modify genes in living cells and organisms and, in the future, may make it possible to correct and treat the causes of genetic mutations. Or as Vox explains, CRISPR offers “the ability to delete undesirable genetic traits and, potentially, add desirable traits with more precision than ever before.”

But while the benefits of CRISPR are potentially very high, so are the risks of causing damage or unnecessary changes to DNA. For instance, a recent study suggested that CRISPR may cause cells to lose their cancer-fighting abilities.

There are also serious ethical questions surrounding the technology. In late 2018, a Chinese scientist announced that he had created twins Lulu and Nana – the world’s first human babies with CRISPR-edited genes. National Institutes of Health Director Frances Collins called this “profoundly disturbing.” Others used words like “horrifying” and “monstrous.”

Stay tuned. With the first clinical trials testing CRISPR technology in humans with genetic diseases underway in 2019, this is certainly one area we’ll be hearing more about soon. 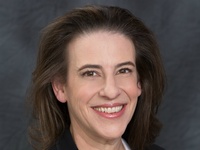