ITL #310 - No conversation, no civilization: why talking matters more than ever


Effective solutions start with opposing sides spending time together and entering into conversation with a willingness not just to hear each other out but also to feel each other out. By Marian Salzman.

In my Trends for 2019 paper, I started by flagging up concerns that civility is fading, along with compromise, constraint and conversation. And I ended with the thought that maybe in our gimme-that-buzz-now times, a lot of people are finding that conversation – real fruitful conversation – is just too slow, too gradual and too unspectacular.

It’s more ambient jazz than heavy metal, more oxytocin than adrenalin. All too often, what now passes for conversation is a performance with words going back and forth – either between people who have the same perspective confirming each other’s opinions in their echo chambers, or between people with different points of view talking past each other to score points. Sometimes face to face but often SHOUTING ON SOCIAL MEDIA!!!

Where are we now and how did we get here?
Times certainly feel tense right now and polarization seems to have been the mot du jour for years already, but let’s not fool ourselves into believing any misty-eyed view of long-lost days when men wore ties and tipped their hats, and nobody used curse words in public. You don’t have to rewind too far back in most parts of the world to find times when conversations may have sounded polite and most people dressed formally, but differences were often settled with the use of deadly violence, both locally and between countries.

Thanks to several decades of relative peace, prosperity and social awareness, we now expect kinder behavior in many areas of life. Rough mindsets that prevailed in times gone by have been challenged.

The bullying, abuse and casual prejudice that used to be regarded as just part of normal life are now called out and pilloried. In corporations, socially responsible behavior that was an optional nice-to-have is now regarded as essential Corporate Social Responsibility. The sort of physical and mental conditions that used to disqualify people from work and even social life are now actively accepted and embraced.

But these changes didn’t come unopposed. They triggered a lot of pushback. In pre-digital times the pushback trickled gradually into the public domain, depending on how media gatekeepers and journalists chose to cover them. Only the most tuned-in people noticed. No more. Now it all pours out of countless online platforms and ricochets between social media accounts where outrage gets a lot of attention because it’s more stimulating, more exciting. Expectations of play-nice caring sharing inclusiveness drive some people crazy. They have prompted resentment at political correctness, sneering at snowflakes and all-round impatience with measured words and moderate positions. And that pushback has generated counter-pushback.

All this furor is highly visible on social media, where billions of people now spend a lot of time and attention. Worldwide in 2017 it was 135 minutes a day, up from 126 minutes a day in 2016.

Most of that time is people doing the harmless standard stuff that social media is great for: listening to music and watching how-to videos on YouTube, sharing inspirational quotes and life updates on Facebook, look-at-me pictures on Instagram and chitchat on Whatsapp. But social media has also turned out to be ideal for people who are riled up about things or enjoy the buzz of getting riled up. There’s anger to be vented, outrage to be felt and arguments to be had any time, anywhere.

Most people using social media don’t engage in any of that rough stuff and may even deliberately avoid it. But anybody involved in reporting the news or working with the news can’t afford to ignore it. After all, some of the highest-profile people in the world use it as their mainline personal broadcast medium. And so the attention-grabbing content and in-your-face interaction style bleeds out into the mainstream. It gets reflected in so-called legacy media and influences the style of new media platforms.

This isn’t to say nobody conducts respectful give-and-take conversations online – the sort of conversations where people tune in to each other and build on each other’s points. They do happen but they’re not the norm. They take time and effort in real life, let alone online. They’re more wine-and-dine romancing than wham-bam-thank-you-ma’am, and as well all know, the online environment favors what you might call quick and easy satisfaction. It rewards the burn of head-butting, horn-locking confrontation more than the gentle glow of real conversation. It’s more yang than yin.

What concerns me about the practice of conversation fading isn’t just a matter of my personal taste. Sure, I don’t like seeing people totally rejecting points of view and people out of hand, just because they seem to be on the other side of a chasm. I find it dumb when people are so certain that their opinion is right that they can’t imagine they might have something different to learn from other people’s perspectives.

What concerns me is less a matter of taste than a matter of practicality. We are now all facing a whole lot of huge and hugely complex global problems that don’t have quick fixes. Faced with creaking social systems, social divisions, public health issues, refugee crises, climate change and environmental collapse, the complexity and uncertainty of it all is getting too much for many people to tolerate.

It’s tempting to believe those who reject open-minded conversation and instead advocate for simple solutions applied with single-minded determination, regardless of what others think. Yet experience shows that effective solutions start with opposing sides spending time together, taking the time not just to hear each other out but also to feel each other out. In other words, effective solutions start with conversations.

At the risk of sexual stereotyping, I have found that this more oblique conversational approach comes more easily to women than to men. Is this down to nature or to nurture? Is it sexist to think in such terms? I have no idea and I don’t think it matters.

Initially when I was approached for the role at Philip Morris International (PMI), I refused point blank to even talk about it. I wanted nothing to do with the industry. Then gradually, through many conversations, I got to know the people and the business plans for a smoke-free future. I got to argue with them and return to the same arguments again and again.

As I weighed up taking the role, I had endless conversations with friends whose perspectives ranged from “you can’t be serious!” to “go for it!” The whole process has been one of the most transformative learning experiences of my life and it has all been down to conversations.

Together with the rest of PMI I am committed to creating a smoke-free future through open, respect dialogue across all sectors and of all points of view, including those who disagree with us. The net-net of all this: let’s talk. 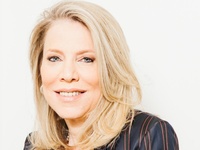