Aequitas’ pro bono campaign for the Pure Anguilla Foundation saved lives in the aftermath of Hurricane Irma by putting intense pressure on the UK Government to protect its citizens from disaster – and deservedly won a special IPRA Golden World Award. By Nick Colwill.

On 7th September 2017, Hurricane Irma wreaked devastation across the Caribbean, including the island of Anguilla, a British Overseas Territory. UK Foreign Office figures show there are 88,000 British citizens in the British Overseas Territories of Anguilla, the British Virgin Islands and the Turks and Caicos islands.  Irma substantially damaged nearly 90% of buildings in Anguilla and the island's electricity infrastructure, leaving thousands of people immediately vulnerable.

Almost overnight, Aequitas devised and implemented a highly strategic global media campaign to ensure the UK Government lived up to its responsibilities to protect British citizens during this crisis.

This pro bono campaign for the Pure Anguilla Foundation quite literally saved lives and demonstrates the impact strategic communications can have on Government. Without this campaign, the scale and impact of Hurricane Irma on Anguilla may never have become a global news story, and life-saving assistance in the form of aid and resources would not have been provided.

The campaign was designed to force the UK Government to take responsibility for the wellbeing of its citizens in Anguilla in the aftermath of Hurricane Irma. Its objective was to secure additional funds for assistance from the UK Government in response to the crisis by raising awareness of the devastating impact of Irma on the people of Anguilla.

In the days before the hurricane hit, the UK Government appeared to show a complete lack of commitment to supporting its vulnerable citizens. Facing multiple domestic political challenges, the UK Government took no action, nor provided any indication, that it intended to act to protect those in the hurricane’s path of destruction.

Aequitas recognised that drawing media attention to this issue was critical to pressurising the UK Government to act. Yet there was a demonstrable lack of media interest among major titles, and most importantly a lack of understanding that Anguilla was a UK overseas territory and its citizens a direct responsibility of the UK Government.

In contrast, France’s president, Emmanuel Macron, announced a visit to the hurricane-damaged French territories in the Caribbean and doubled military and police forces to assist in the region.

In response to the approaching hurricane, the UK Government belatedly announced that it would be committing just one emergency ship that was already based in the region. As a result of this feeble Government response, Aequitas launched an immediate and highly targeted media campaign. The objective was to pressure the British Government into committing substantial funds to support Anguilla, through the following strategy:

We developed a robust, simple message and a clear call to action to force the UK Government to intervene: These are your citizens, you need to act. We knew that the biggest barrier was the urgency and lack of time. This campaign had to launch and succeed in a matter of days. As such, it had to directly reach those that had the power to take action immediately: directly targeting UK Prime Minister Theresa May, Foreign Secretary Boris Johnson, International Development Secretary Priti Patel and other senior policymakers and influencers around them.

We used senior and influential media contacts to draw attention to this issue – journalists and outlets whose reporting we knew could have an impact on the UK Government; we employed hard-hitting images to demonstrate the level of destruction; and we also recognised that, with no time to spare and no power on the island in the immediate aftermath of the hurricane, we had to turn the PR rulebook on its head. Aequitas MD Dorothea Hodge acted as spokesperson, undertaking hard-hitting media interviews, extending the news cycle and ultimately securing life-saving support and assistance for the island from the UK Government.

She told the Guardian: “It’s absolutely disgraceful that it has taken the whole day for Priti Patel to respond to the worst hurricane we have seen in a British territory since the 1920s. “What is needed now is a commitment to an immediate effective humanitarian, response, food, water, shelter, emergency health care, and a long-term reconstruction fund to get the island back on its feet after this battering.”

This highly targeted strategy turned the impact of Hurricane Irma on Anguilla, and the UK Government’s inadequate response, into a global media story. The campaign generated 60 pieces of global, Tier 1 coverage in three days including The Times, CNN, The New York Times, BBC News, The Telegraph. Channel 4 sent a team to the island to deliver a special three-day report on relief efforts in Anguilla.

Funds committed to Anguilla by the British Government rose from zero to £52 million in just four days. The net commitment to Anguilla by 29th November, less than three months after the hurricane, stood at £70 million.

Finally, after several days, and in light of heavy criticism, the Prime Minister was forced to directly address the Government’s response and provide a video statement on the issue. In addition, Foreign Secretary Boris Johnson visited Anguilla in an effort to repair the UK Government’s reputation, while Navy Seals were deployed to manage the crisis, delivering more than 60 tonnes of desperately needed aid.

This campaign was the winner of the Global Contribution Award special prize in the 2018 IPRA Golden World Awards. Entries for this year’s GWAs open on 26 February 2019 and close on 13 May 2019. For more information, visit the Golden World Awards section of the IPRA website.

Nick Colwill is a Director at Aequitas and has over 10 years’ experience in policy and communications. He has advised politicians, business leaders, charities, corporates and charitable foundations on their media and public affairs strategies, including clients working in complex and crisis situations. 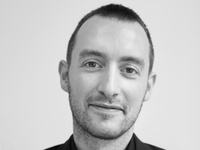 Nick Colwill is a Director at Aequitas and has over 10 years’ experience in policy and communications. He has advised politicians, business leaders, charities, corporates and charitable foundations on their media and public affairs strategies, including clients working in complex and crisis situations.