ITL #255 Playing the empathy card: the soft skills your agency needs to rise to the top of its market segment


Notable global corporations and even the US military have come to appreciate the power of empathy. While for PR practitioners, greater success may be achieved by taking shared journeys and finding common ground. By David Amerland.

Public Relations used to be easier. A PR agency with a client who needed to dominate the news cycle to control an image crisis or get a particular brand value across had only to find ways to fill the particular channels long enough for the message to seep into the consciousness of the target audience and the job would be done.

In that, largely oversimplified, picture I’ve just drawn the struggle was to capture attention long enough to command a person’s thoughts. Public Relations had to be creative in its content, persistent in its publishing and strategic in its channel selection in order to shift the brand awareness needle in the public consciousness. Everything was within a competent agency’s skillset and within an established agency’s control.

That we no longer live in such halcyon days is evident. The news cycle is no longer finite. Capturing audience attention has become an immeasurably difficult task and controlling a message is next to impossible. When top-down, command and control structures become ineffective the next move is taken straight out of the “If you can’t beat them, join them” playbook.

Yet, just what form such “joining” should take, in the context of Public Relations, is not that clear. The prospect becomes even more problematic when we consider that one of the key ingredients required is empathy, a traditionally vapid concept in the world of business and marketing.

To understand better how this shift in position can take place and what role empathy plays in it we might consider Microsoft CEO Satya Nadella describing in his book Hit Refresh, how his highest priority is renewing the company culture with "a growing sense of empathy." “Empathy makes you a better innovator,” he said in a recent TV interview. “If I look at the most successful products we have created, it comes with that ability to meet the unmet, unarticulated needs of customers.”

Nadella is not the only Fortune 500 company CEO to employ empathy as a company-changing, culture-defining strategy. Carlos Ghosn, current head of the Nissan-Renault car manufacturing giant employed empathy to give “people the tools to work on common ground, collaborate across cultures, and reform their company from the inside.” As a result he turned two ailing car companies into a global powerhouse that claimed the title of the world’s largest automaker for most of 2017.

The pictures inside our head

The mechanism through which empathy transforms our perception and, subsequently, leads to different values and actions has two components. One is cognitive and the other one is emotional. The cognitive component enables us to imagine another person’s point of view. The emotional component allows us to identify with another person’s emotional state without, however, confusing that with our own. It is a delicate balance in which soft skills such as observation, memory, knowledge, and reasoning are combined to yield insights into the thoughts and feelings of others.

While empathy is something intangible, its cause is neurobiological and its seat, according to neuroscientists, is in the cerebral cortex, more specifically the junction of the parietal, temporal and frontal lobe. This part of the brain is called the right supramarginal gyrus and it’s responsible for, amongst other things, the interpretation of tactile sensory data, the perception of space and limbs location and the identification of the postures and gestures of other people.

The information it processes is then fed into the mirror neuron system of the brain that is believed to model the actions of those we observe, so we can most closely understand what they think and feel.

Translated into plain English, all this means that unless we can actively and fully visualize the plight of others we will be left with just the cognitive element of our assessment. Any communication effort we undertake is then likely to miss the mark and sound condescending, at best, and offensive at its very worst.

If cultivating empathy in the high-pressure environment of PR work seems a little far-fetched, consider that the U.S. military tends to divide problems into modular, manageable steps and tackle each step separately. Yet, while wars are fought on the physical terrain, snipers, officers and modern soldiers are now trained to navigate what they call the “human terrain”. This is the social aspect of war in all its messy and contradictory forms. The ability to navigate the human terrain well provides the army with better intelligence, better bomb-targeting data, and access to what is essentially a public relations campaign for the allegiance of the population.

Similarly, PR professionals work in what we may call the physical terrain of offline and online communications (TV, radio, magazines, newspapers, web, mobile, and social media) but it is in the human terrain that they need to make their greatest gains. A PR campaign that focuses on the number of Tweets, column inches, ads, Facebook likes and Twitter reshares but ignores the human terrain, fails to win over the hearts and minds of its target audience.

Failure to win over the audience and align with it through a sense of shared values and shared goals means that every PR effort will run into resistance, PR messages will be ignored and the cost required to achieve what is being asked of the agency by its clients will become unrealistic. Empathy, on the other hand, allows the emergence of common goals. It provides an instant connection with the target audience and the sense of a shared journey which then makes every PR message be better received and every PR effort a lot less expensive in terms of time and cost.

When trained snipers in the field can use empathy to make better decisions under pressure so that their actions do not create more problems than they solve, PR agencies with their wealth of talented, driven and focused men and women can easily adopt the approach. What’s required is the willingness to embrace empathy building across the agency as a means of better identifying with the target audience and understanding how to best approach and connect with it. 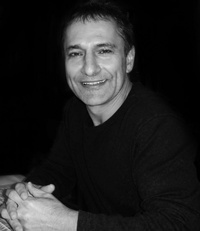 David Amerland’s latest book “The Sniper Mind” is a deep dive in the world of neuroscience, critical decision making and brain analytics. He is the author of nine best-selling books including The Tribe That Discovered Trust and Google Semantic Search. He writes for Forbes, and HP UK and blogs on his own website, DavidAmerland.com. When he is not writing or surfing the Web he spends time giving speeches internationally on how search and social media are changing everything. Sniper Mind available at: https://www.amazon.com/Sniper-Mind-Eliminate-Uncertainty-Decisions/dp/1250113679/ref=asap_bc?ie=UTF8