ITL #248 Bottom up? Thumbs up: how to turn employees into real brand ambassadors

A common scenario: the senior management retreats into the woods, devises a terrific new corporate mission statement, and “communicates” it to the organization with the expectation that the employees will also be euphoric about it as it literally echoes out of the forest. Here, “communication” is mistaken for the one-way street of a mere announcement. Or, at most, information.

At best, such a procedure will lead to the staff merely “putting up with” the management’s brainchild. In the worst-case scenario, however, it will backfire: the employees will boycott the well-intended mission statement with its hallowed values, either because it is incompatible with the realities of the company, or because the staff justifiably do not feel included.

But things can be different.

ALTANA is an internationally leading supplier of specialty chemicals solutions; an innovation-driven company on a growth path for years. One success factor: the decentralized structure of the global group. Under the roof of the ALTANA holding company, based in Wesel, Germany, four divisions with their own brands and a total of around 50 operating companies act very independently and thus close to the needs of markets and customers. The challenge: anchor a common brand identity internally and externally.

Around five years ago, ALTANA introduced a new set of guiding principles that sum up the self-understanding of the entire Group for the first time. They were not stipulated, say, by the Management Board, but were developed by an interdisciplinary work group whose members are not part of the company’s Executive Management Team. Regional workshops around the world ensured that local and cultural particularities were taken into account.

The fact that today ALTANA employees in Brazil—at the site furthest away from the company’s headquarters—post photos of colleagues’ weddings under the hashtag “We are ALTANA” is not only due to the bottom-up approach adopted to develop the guiding principles. It is also due to a number of measures that put the people at ALTANA at the center of the company and respect them for what they are: the ones who make the company successful.

In the best case, the some 6,000 multipliers who work for ALTANA speak positively about their employer and thus kindle the enthusiasm of new talents, customers, and other important stakeholders. After all, a number of studies, including the inspiring book The Listening Leader by Emilio Galli-Zugaro and his daughter, show that today more than ever before people find others who are on the same level as themselves much more credible than the CEO himself.

Employee participation notwithstanding, the CEO points the way

This doesn’t mean, of course, that the behavior and communication of the top management isn’t key. On the contrary, the CEO has to live out the bottom-up approach without neglecting the role as a strategist; the one who shows the way.

A generation change in ALTANA’s Management Board at the beginning of 2016 offered the company the opportunity to achieve this balancing act. The Chairman of the Management Board Dr. Matthias L. Wolfgruber retired, and longtime ALTANA CFO Martin Babilas took over with the clear objective of continuing to pursue new perspectives and chart new territory in spite of the company’s ongoing growth path.

No sooner said than done. Six months before he took office, Babilas set off for the ALTANA world, to talk in person with as many employees as possible and to gather opinions about what should be kept and what should be changed. This “roadshow” was accompanied by an Intranet survey whose aim was to find out what exactly employees expected of the new CEO.

Finally, the annual Global Management Meeting (GMM) with the top 100 managers was devoted entirely to the motto “Keep Changing” and based on the view previously ascertained within the organization. In two days, a clear picture emerged about what the international managers thought should be kept, and what should be changed to continue on the company’s success path.

The results of the GMM could, thanks to the use of SwarmWorks technology, be presented already during the meeting in the form of a consolidated ranking and were then forwarded as input for the subsequent workshops of the Executive Management Team. Although the latter withdrew to the forest like the anonymous management board referred to at the beginning, they did not do so without previously getting a consolidated view from the entire organization.

Strategy development is not only a management issue

And then a corporate strategy for the next five to 10 years echoed out of the forest (the so-called Keep Changing Agenda). More than just a few points on it were consistent with the priorities seen by the employees and managers. Just one example: of the things that the employees thought should be changed, reduction of bureaucracy and simplification of processes were in first place. And one action field of the Keep Changing Agenda is appropriately called “Less is more.” Under this rubric, guidelines, reports, and even top management visits to local sites are checked successively and, in cases of doubt, optimized or eliminated completely.

But in addition to the intersections with the employees’ perspectives, the CEO’s long-term corporate strategy also includes elements that set distinctive new emphases like building business outside existing fields of activity. By participating in innovative startups, for example.

The preceding Intranet survey also confirmed that while the employees expect a great deal of continuity from their new CEO, they also want him to provide orientation and set the course.

The guiding principles, with their values of openness, trust, empowerment to act, and appreciation, was regarded as a clear “keep” by employees and managers alike—a nice proof of concept of the former bottom-up approach and at the same time a clear mandate for management to continue to use the guiding principles as the basis of all action in the future.

Accordingly, the communication around the Keep Changing Agenda emphasized these and other strengths that the ALTANA Group intends to build on in the next few years. At the end of the day, Keep Changing symbolizes the company’s ability to change in order to stay true to itself —an ability that not least is required from and promoted in all employees.

To this end, employees need to be involved. Two years after ALTANA introduced its guiding principles, a camera team traveled around the world and asked employees the following questions: What do you associate with the guiding principles? Which aspects of the principles motivate you in everyday life? And how can we improve even more?

There was no script; everyone was encouraged to freely voice his or her opinion. And that is exactly what the employees did, sometimes surprisingly candidly. Criticism was expressly desired. But the shooting was also fun. With every fingerprint on the camera’s lens ALTANA’s DNA became clearer. The result: an authentic and vibrant image of ALTANA’s brand identity, composed of the words and faces of the people who work here—worldwide.

From the starting signal to the rollout, the project was exemplary for the company’s already largely positively perceived corporate and innovation culture, and, via various media, created occasions for communication and dialog on brand identity. The essence of this process was compared with the expectations of B2B customers, culminating in coordinated image and recruitment campaigns that transport ALTANA’s USP: people are at the center of ALTANA. They grow beyond themselves because ALTANA provides them with the breeding ground to do so. And this is precisely what makes the difference for customers—the “plus.”

That this process was carried out in a fun way is not only a nice side effect for the colleagues in corporate communications. The employees’ emotional attachment to the company through relevant occasions should not be underestimated if the staff is to transform into true brand ambassadors.

For example, just a few weeks ago ALTANA used the company’s 40th anniversary to revive the “We are ALTANA” spirit. Although not all 6,000 employees worldwide could be invited to the company’s headquarters, all of them had a chance to be there. They simply had to take part in the so-called ALTANA Challenge, for which they were called upon to send in photos and videos relating to the guiding principles. The opportunity was seized. In October, some 300 employees from 16 countries celebrated the company’s 40th birthday, including countless “We are ALTANA” selfies with the CEO, all thumbs up. 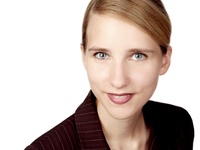 Andrea Neumann has been the head of Corporate Communications of Wesel-based international specialty chemicals company ALTANA since December 2012. Previously she was in charge of communications and marketing for Atradius Credit Insurance in Germany, Central and Eastern Europe. From 2005 to 2007, she was responsible for the international media relations of LANXESS AG. She has also worked for the Berlin Energy Agency, Sony Europe, and Publicis Consultants in Paris.