ITL #249 Back to the future: PR must return to its ‘earned roots’ for a place at the integrated table


Although the PR industry is squeezed by competition from many fronts, earned media retains its power. Delivering this is what sets PR apart. By Roger Darashah.

It’s no secret that PR firms are finding growth hard to come by, and profitable growth even harder. We face new and unrelenting types of competition, from management consultants at the top end to boutique digital firms at the bottom. Traditional media (our main ‘target’) is consolidating and PR firms are even competing with newspapers’ own readership for compelling content!

Add to this, the promise of integrated communications. No one doubts the logic; it’s just a question of what role PR firms can play in a mix traditionally dominated by the advertising agency-CMO axis.

The PR industry has been just as guilty as any other in its quest for the ‘shiny object’. When I started my career – believe it or not – email was the shiny object; a foolproof  manner of engaging even the most obdurate journalist. This subsequently made way for ‘influencer marketing’ as a way to ‘upsell’ media relations, which in turn was superseded by ‘integrated’ communications, an unashamed bid for marketing dollars. These trends were themselves punctuated by broader business and societal trends; such as PR ‘on demand’ or ‘as-a-service’, corporate positioning, thought leadership, content marketing, even, no ‘win-no-fee PR’1 (which didn’t last very long, mercifully).

These variants reflected two exigencies facing the industry. First, to formalise the practice of PR, an industry which can be developed organically through a combination of former journalists, marketing specialists, and sales professionals who were particularly well connected and – critically – enjoyed privileged access to key journalists. The aim was to transform PR into a profession and professionalised service; the communications equivalent of a legal practice or an accountancy firm. The difference remains, of course, that no formal or legal qualification is required to practice PR. In addition, the nature of the industry and of its key protagonists – essentially, ‘hacks’ and ‘flacks’2 – didn’t lend themselves to standardisation; relationships couldn’t be codified and replicated, PR was an ‘art form’ as much as a professional service.

Secondly, since the 1990s traditional media (newspapers, magazines) has been consolidating; some of it transforming online, much of it disappearing altogether. In the US, for instance, almost 60% of newspaper-related jobs have simply vanished in the last 26 years, according to the US Bureau of Labor Statistics.3 The reasons for the decline range from automation and alternative technologies to sustained economic crises which have been felt globally since 2008; but its impact on the PR industry have been unequivocal. PR firms needed to find fresh sources of revenue…and fast.

Addressing these exigencies, the PR industry adopted two broad approaches: a) grab a sliver of the ATL (advertising) budget and b) go for consultancy. The former model became the predilection of large, networked firms, for whom a slice of ATL would solve their immediate revenue problems, and raise their level of engagement from the CCO (chief communications officer) to the CMO (chief marketing officer).

Here, shiny objects such as integrated communications or ‘platform neutral’ campaigns enabled firms to include paid coverage in their mix, a discipline which brought numerous new revenue sources such as ‘creative’, ‘production’ and ‘ad commission’. All good, so long as PR firms could remain differentiated from their ATL counterparts with whom they were now competing, or remain too small to be noticed.

However, the ATL land grab model contained a hidden downside. It turns out that clients still associate PR firms with earned traction, they still value it and – importantly – it remains devilishly difficult to pull off. Convincing people – journalists, influencers or others – to act in a certain way simply through the use of argument, logic, reason, relationships or any combination is a very difficult exercise; particularly when compared to the alternative of buying coverage and guaranteeing your message is carried. If the latter method is not only simpler, but also more lucrative, then where are PR agencies going to focus their efforts?

So the legwork of earned media – the art of managing relationships, persuasion, logic, argument — risks being neglected, as firms search for new, simpler and recurring revenue streams. A practice, however, that brings them into head-on confrontation with specialist advertising agencies and marketing groups, whose contacts, competence and financial leverage dwarfs that of the PR sector, whether recruiting the best talent or negotiating the best rates.

Strategy ‘b’ was generally adopted by local, boutique agencies whose local knowledge and contacts could never be replicated by networked firms. I’m not referring to ‘big data’ or ‘analytics’-based consultancy models – although there is plenty of conversation about the likes of Accenture and IBM entering the space4 – rather, specialist firms uniquely placed to navigate local sensitivities, anticipate and manage crises, and ‘interpret’ the local, often, ‘vernacular’ market, particularly for international brands. This space remains relatively healthy; much of last year’s growth was driven by the independent sector, both organically and through acquisition.

The challenge with this strategy is scale; the nature and value of these firms’ proposition is dependent on deep market knowledge, direct access and – often – ‘proprietary’ information (through relationships or informal sources). In short, value built up through years of operational experience, typically residing with the owners or founders, and notoriously difficult to scale, in an international sense.

So where does this leave the PR sector? Strategy ‘a’ means competing head-on with the might of the adverting sector, while simultaneously debilitating ‘earned mojo’, the very credential which defined and differentiated the profession. Strategy ‘b’ rests with a select band of agency high performers; as such, it is unscalable.

All is not lost, however! I believe if the industry refocuses on its core proposition, we can continue to provide a service which is distinct, valuable and scalable.

There are a number of qualities that sets the PR industry apart from all other marketing and communications disciplines; a return to these would be a good start. First, PR is real time and ongoing; marketing campaigns – advertising, in particular – tend to focus on specific campaigns, launches, announcements. They are punctual in nature, initiated by the brand, about the brand and for the brand. PR provides context and meaning for a brand every single day; whether there is good news, bad news, or no news to tell.

PR is the discipline that keeps a brand honest, which ensures that the inevitable gap between aspiration (brand) and reality (customer experience) never becomes too extreme. PR is independent of product launches or quarterly results; it is one element of the marketing mix driven by the real world, for whom the brand is not necessarily the central attraction but, perhaps, just a minor consideration within their busy lives.

Secondly, PR is flexible. In the event of a change of strategy, a dispute or other form of disruption, stakeholder engagement – conversations, active listening, careful consideration – is always going to be the first, and most credible course of action. In short, if the factory catches alight, it’s unlikely to be the ad agency on speed dial!

Thirdly, PR as a profession is discreet; we tend to remain behind-the-scenes and, as professionals, we are perfectly comfortable with that. Unlike our advertising counterparts, we are not the protagonists of our profession; that role will always remain with our clients. Jeff Goodby, co-chairman of ad firm Goodby, Silverstein & Partners famously lamented post-Cannes a couple of years ago: “You could get into a cab and find out, in a mile or two, whether you mattered in life, just by asking the driver.” Now, “No one knows what we do any more….”

At the most senior level, PR people retain confidences, negotiate behind-the-scenes against multiple agendas, operate in the realm of nuance and conjecture; in the final instance, a job really well done is one where no one is aware of your presence. In fact, as defunct PR firm Bell Pottinger could attest, the moment a PR agency becomes the headline, the end is usually nigh6.    Such discretion has served the PR industry well; and such unobtrusive counsel is unlikely to go out of fashion any time soon.

Finally, the beauty of earned is that it negates the two biggest facing marketers today; ad blockers and opacity regarding the performance of paid media – the black art of analytics.  Globally, there were 615 million devices blocking ads worldwide by the end of 2016, 62% (308 million) of those were mobiles. Desktop ad blocker usage grew 17% year-on-year to 236 million. As of March 2016, India had 122 million adblockers users, the second highest number of internet users, with adblock software installed on their browsers (after the US).

Procter & Gamble actually trimmed $100m from its digital marketing costs in the Q2 2017 and nothing changed. “We didn’t see a reduction in the growth rate [in value or volume of sales],” Jon Moeller, P&G’s chief financial officer, told investors. “What that tells me is that the spending that we cut was largely ineffective.”

Marc Pritchard, the firm’s chief brand officer who is responsible for allocating an annual ad budget of more than $8bn, is even more damning: “…a lot of the attention has been on digital media and about technology which is extremely exciting. But we have peeled back the cover and said we are not sure it’s all it’s cracked up to be….”7  Plenty of reasons for PR firms to tread carefully.

In fact, the art of actually telling a story appears to be on the rise. Last year, book sales rose in the UK8. In India, newspaper sales continue upwards; in 2015, both subscription numbers and advertising sales rose9.

The logic of earned is also gaining traction. As WE Communications international president Alan VanderMolen – a former colleague – succinctly puts it: "In places like the US and UK where the space for earned media placements has gotten smaller and more competitive and in China where social is growing exponentially, earned media still rises to the top in terms of consumer influence.”10  According to Ogilvy Media Influence’s annual survey, globally, 52% of people still consider traditional media to be the most trusted news source.

That’s not to say that the earned approach is easy. It’s precisely as easy as the art of persuasion, some people are better at it than others; but I believe that here lies a solution to the growth conundrum facing the PR sector. In an age dominated by adblockers, Web filters, Gen Z ‘attitudinal and technological’ defence systems tuned to repel the slightest evidence of brand puff, getting back to PR basics – earned media, relationships, storytelling – could represent the ‘shiny object’ that really sets us apart.

Who knows, if we can scale it, it may catch on and save us PR professionals from a life of ‘ad servitude’ within large, integrated marcoms agencies where – to paraphrase Jeff Goodby – “No one knows what we (actually) do anymore” either! 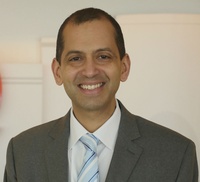 Roger Darashah is Chief Operating Officer, Adfactors PR. He brings over 20 years’ international communications experience to Adfactors, most recently with Edelman for whom he worked in Europe, India and Brazil.