ITL #176 The ‘Pan Arab’ fallacy: Why one size fits none in the Middle East.


Many brands still make a mess of their communications in the Middle East. But those getting it right are achieving high levels of engagement. By Saada Hammad and Jeff Chertack.

Collectively, we have worked in communications across the US, Europe, and Middle East for more than three decades, and in all of these markets, the term ‘regional communications’ is often thrown around for multi-market campaigns. However, applying this definition to so-called ‘Pan-Arab’ communications is flawed – especially when referring to audiences loosely bound by the term ‘MENA’ (Middle East and North Africa).

While convenient for geographical purposes, the term belies deep cultural and linguistic differences when one zooms in at country level (and in some cases, intra-country level).

Saying Pan-Arab is like talking about Chinese food as if it was all wontons and dumplings, or the United States was only Los Angeles and New York City. What exists between means everything to communicators – in diversity we find truths that impact our work. Although the tag ‘Arabs’ seems to connote some level of homogeneity, it simply isn’t the case. From linguistic, cultural, political and traditional aspects there is of course some overlap, but the differences are distinct.

In business, the Middle East and North Africa often get thrown into an amalgamation of unusual combinations such as Middle East + India, ‘Emerging Markets’ or EMEA, which throws the whole of Europe and Africa into the mix. Add to that the Levant (which may or may not include Iraq) and Maghreb and you get further complexity. What is a corporate communicator or brand communicator to do?

How not to do it

We see how not to do it all the time – the visual that uses a man in a white thobe and ghutra to stand in for all Gulf markets, for example. Communicators rarely consider the importance of the distinction between the collar, tassels, sleeves and fold of the ghutra across the different States.

While missteps can be most obvious in imagery, the accuracy of the language, channels and context used are equally important to how brands communicate in the region. For example, something seemingly as simple as translating English content into Arabic for distribution must be done with the utmost care and delicacy. Unfortunately, this is rarely the case – and we wonder why engagement is low, recall is stagnant and reputation has flat-lined.

Get it wrong and an international company can seem out of touch…at best. At worst, a brand can appear ignorant of its audience. However, get it right and you will have strong engagement and loyalty. So, what elements must be kept in mind in order to communicate effectively in Middle East markets?

Linguistic differences – Across the Levant and Maghreb, one must account for both French and Arabic speakers – in the Gulf, the mix leans towards Arabic and English. Within the Arabic-speaking markets you will find variations in accents and dialects that quickly differentiate a ‘global’ piece of communication from a ‘local’ one (a piece that respects and adopts local custom). While modern standard Arabic will suffice for written communications, it loses nuance and touch at the local level. However, it’s not uncommon for local news channels to adopt a flat ‘white’ dialect to grab the attention of viewers beyond their borders.

Media consumption – The Gulf and Levant vary greatly with regards to their consumption trends. Whereas print is prominent in the Gulf, radio rules the roost in the Levant when it comes to reaching widespread audiences – this places a great emphasis on content types when building brand stories. Social media effectiveness also varies from market to market – Instagram is most favored in countries like Kuwait, whereas Facebook still holds the crown in the Levant.

Socio-economic status – Some of the world's wealthiest live in the Gulf countries, where GDP is among the highest in the world. In other parts of the region, such as the North African countries, unemployment and poverty is rife. Given that effective communications are based on insights into people’s way of life, you would have to dig deep to find the commonality between people on such opposite ends of the income spectrum.

Internet and mobile use – In certain areas of North Africa, the introduction of 3G is still occurring – while SMS and feature phones remain the norm. In the GCC, 4G is ubiquitous, and carriers are even talking about 5G trials in the coming years, fueling new opportunities in terms of data use and online services.

Expression and tolerance – Pushing boundaries and encouraging expression are not equally accepted across Arab countries. While free expression can be embraced in Lebanon, the same type of speech might be at odds with standards in the Gulf.

Tone – In Egypt and Lebanon, the funnier and more lighthearted the better in communications. The race is on for the most irreverent and witty pieces of content to break through the clutter in crowded brand communications markets. Meanwhile, in the Gulf, the tone of communications tends to be the more serious, highlighting pride and values. Slapstick doesn’t sell.

What’s clear is that one-size-fits-none. A communications plan that seeks to economize and make no choices will fall flat. You need people on the ground that can provide not only recommendations on the content, but also identify opportunities and potential issues before they arise.

Getting it right – brands deciphering the differences

Grohe is a globally-renowned, luxury bathroom and kitchen fixtures brand. Water preservation and conservation are part of the European brand’s DNA. Throughout history, mosques have served as places of education and learning were people are taught to observe moderation and avoid excess in all things. There was a natural alignment with the company’s CSR efforts and the effort to reduce water use during ablution before prayers. Grohe launched the Green Mosque initiative in Saudi Arabia, later expanding to the UAE, Syria and Egypt. The company installed water-saving taps and faucet lines in the facilities. To cater to locations where the population is more diverse, such as Dubai and Lebanon, Grohe sponsored the installations in schools. The initiative was based on great cultural and religious insights, and has paid reputational and business dividends for Grohe.

Another example is the pharmaceutical company Roche and its work on driving breast cancer awareness and detection. After many years of successful campaigns in Lebanon, the brand realized that they were missing certain women in rural areas. They built a campaign on the insight that in rural areas women are very dependent on men; men are the decision makers. This is in stark contrast to the more equal relationship dynamic in the cities. The campaign turned the men into influencers to encourage them to get screened for cancer. It’s an insight derived from knowledge of the culture and the differences between rural and urban dwellers in the country, and it was delivered in a lighthearted way via integrated communications. Such a campaign would likely not work in nearby countries.

How to do it

So, how can you make sure your communications are not falling into the one-size-fits-all Pan-Arab trap?

These are some of the fundamental elements of good communications anywhere. However, localization grabs the attention and emotion of the news media, as well as the consumer, showing them why they should care about a brand. So, next time you develop a campaign for the Middle East keep these thoughts in mind and you’ll find better engagement, resulting in more effective outcomes. 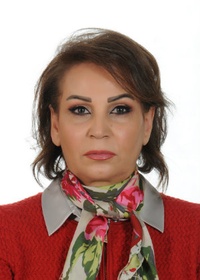 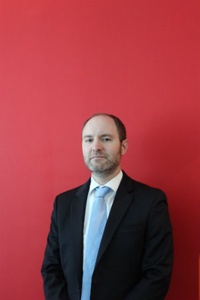