ITL #142 Hardware comes with soft skills: the role of communications in the public acceptance of energy projects


Earning a social licence to build new energy infrastructure is a huge task. Communications and engagement are now essential ingredients. A project needs a communications plan just as it needs an engineering plan. By Hansch van der Velden and Dimitri Schildmeijer.


The natural gas industry is set to invest billions in producing and transporting natural gas. The sector will need to build production sites, pipelines, compressor stations, and LNG terminals and storage facilities. But building infrastructure means neighbours will be impacted, and getting their buy-in is increasingly challenging.
Even when fully compliant with the rules and regulations, companies find themselves negotiating a "social licence" with their community to conduct their business. The gas sector likes to talk about the golden age of gas, but communities say: "Not in my back yard!"
The gas industry has seen plenty of evidence of delays or deletion of projects in every part of the chain as a result of public opposition. Protests against the Corrib pipeline (Ireland) have resulted in over a decade of delays; the community of Barendrecht (Netherlands) said no to a CO2 storage facility that was thought to be green and safe; in West Burton (UK), the group NoDashForGas camped up two 80-metre-high chimneys for a week protesting gas-fired power plants; in Pieterburen (Netherlands) the community turned against a gas storage facility and anti-fracking protests sweep across Europe disqualifying shale gas as a viable option.
And it is much more than a European problem. Canada, the USA, Brazil, Angola, and Indonesia -- everywhere the industry operates, public support (or the lack thereof) impacts project delivery.
"Out of 190 projects, approximately 140 were delayed as a result of non-technical risks."
Goldman Sachs is one of the world´s largest financiers of oil and gas projects. In 2008, the company did a study of 190 oil and gas projects operated by the major international oil companies in North America, South America, Europe, Africa, Asia Pacific and the Middle East. The study showed that the time taken for projects to come on-line had nearly doubled in the past decade, causing significant increases in costs.
By far the most frequent delays were non-technical in nature: political or stakeholder-related delays were much more common than commercial delays or technical challenges. Non-technical risks accounted for nearly half of the total risks faced by these companies, and stakeholder-related risks constituted the single largest category. In other words, out of 190 projects, approximately 140 were delayed as a result of non-technical risks. (Goldman Sachs, 2008; Davis & Franks, 2012; Ruggie 2010).
Figure: a study by Goldman Sachs confirms that the main reason for project delay in oil and gas projects is non-technical risks.
These examples support more investment by the industry in communications and stakeholder engagement. This is not rocket science, it is much more complex! The industry needs to get smarter about what it says, how it says it, and whom it engages.
The public accepting starts with accepting the public
Citizens protect their neighbourhoods and push back when projects impact their communities and their families. Whether they are confronted with plans for nuclear power plants, wind farms, cellphone masts, power cables, waste facilities, large-scale infrastructure, roads, railways, industrial sites or natural gas projects, they have concerns about what change will mean for them.
"O holy Saint Florian, spare my house, kindle others."

Box: NIMBY does not argue the project as such, but will argue the location. NIMBY is sometimes referred to as the Florian principle. In an ancient German prayer to Saint-Florian – one would pray the wild fire would go to someone else’s house: "O holy Saint Florian, spare my house, kindle others."

The term public acceptance or social licence captures the situation much more clearly. Where there is change, there is friction. Citizens are rightfully concerned about social and cultural change; and the economic change or environmental change the project will bring. Whether it is the impact on jobs, nature, way of life, water, air, noise, visual pollution or a clash of values - citizens may have a wide array of reasons to oppose a project. Project design will need to address these key concerns.
"In two out of three disputes, communications is an underlying issue."
But what is often underestimated is the importance of the process of change itself. Researchers David & Franks investigated conflict with communities in the mining industry - a sector that faces huge public acceptance challenges. In addition to the economic, environmental and social changes that lead to conflict - David & Franks also found that in two out of three disputes, communications is the "underlying issue", and that bad communications is contributing to the conflict.
Logos versus pathos
At the heart of conversation efforts is whether a project can argue its case. The industry likes to claim ownership of the rational arguments in favour of a project: if only communities are educated and understand the facts, surely they will agree. In the words of Aristotle´s rhetoric, companies use logos as their main persuasion technique. Yet in the appeal of the opposition, you see that they use pathos with great success, allowing them to mobilize support with more emotive and visual language, and by focussing on the moral issues, not the rationale of project design.
Shell’s handling of the 1995 Brent Spar incident is a classic example of the clash between rational and value driven arguments. The company had done its homework and was confident that sinking the installation was the best rational solution in terms of safety, industrial health and the environment. Yet, the environmental organisation Greenpeace disagreed and focused the debate on underlying values - not just the technical solution. In a powerful statement, Greenpeace compared Shell’s tank solution to dumping a car in the wood: “If you dump a car in a wood – moss would grow on it, and if I was lucky, a bird may even nest in it. But this is not justification to fill our forests with disused cars.”
Public acceptance needs trust, co-created value and conversation
Yet plenty of good examples exist where companies are able to find the right balance, and work with communities to make the project beneficial. The key to getting public acceptance is the ability for the project partners to combine three elements: trust, value and conversation. In other words:
Be a trustworthy partner: The public’s acceptance of an infrastructure project is ultimately built on trust. Stakeholders support an infrastructure project based on the premise that they trust both the project and the partners. In Stephen Covey’s model, “The Speed of Trust” (Stephen Covey, 2007), the key elements of establishing trust are demonstrated by one’s character and competence. Can we trust you, and can you do it?
Co-create value: Do project partners design a project that allows value to be co-created by seeking input early on and offering flexibility and the willingness to adjust plans? In a co-creation environment, project partners are engaged to have stakeholders take a role in creating vale - not just communicate and defend the benefits.
Engage in conversation: Do project partners engage and communicate about the project with stakeholders in an open and effective way? Do they seek a conversation and listen and address the concerns?
Figure: The IGU Study Group’s Public Acceptance Model highlights the importance of trust in the project partners, value co-created for and by the impacted communities and engagement through open conversation.
Hardware comes with soft skills
Success in public acceptance depends a great deal on how you communicate and interact with stakeholders:hardware comes with soft skills.
The traditional one-way “customer notice” style of communication is no longer sufficient. Communications is a contact sport and case studies show that personal interaction, proximity, discussion, in-person meetings and town hall meetings must be used to engage communities. Citizens want to be taken seriously and expect information to be immediate and appropriate. We believe there are a few “golden rules” of stakeholder communications:
Saggas estimated that in the three years leading up to the opening of the new LNG terminal, they had about 1,000 media contacts, held six media technical and training seminars and six media special events.
A business case cannot be built without public support. Investing in stakeholder engagement to gain public acceptance will provide opportunities for the energy sector to grow. 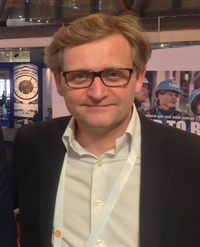 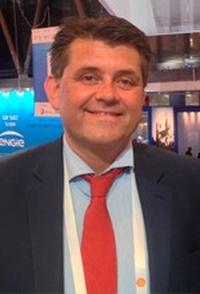