Golden Rules for Success in Japan


Kazuko Kotaki offers practical advice to companies, especially those with European roots, on prospering in the Japanese market.

For companies trying to enter the Japanese market or grow their business in Japan it may be worth knowing general mass media such as national papers/TV have strong influence in Japan, due to the extensive coverage across the country as well as trust and respects of some sort from the residents.

Newspapers are viewed as a major influencer on society by over 86% of respondents to a survey written in Japanese (Joho Media Hakusyo 2009, written by Dentsu Soken, published by Diamond). The largest newspaper, namely Yomiuri, has over 10 million subscribers. Meanwhile, over 30% of respondents to the same survey cited TV as the most trustable advertisement media. Thus, your communications shall be closely linked with how to select and leverage media.

As a PR consultant specialized in international issues, I am often asked by new market entrants and foreign prospects how to roll out communication plans in Japan. You may be surprised to know most of such international works start with no magic, but the basics of defining yourself and your goal.

Positioning starts with B2B or B2C. If you are in a B2B market including B2B2C, your targets are business users who can be reached through channels and influenced by the third-party view of journalism in trade/business media. If you are in the B2C market, targets are consumers.

Secondly, clarify whether initially you want toproject your specific product or company as a whole. If your company is technical of some sort, you may focus on product PR. Then gather competitive facts including statistics and customer endorsement, and outline the appeal of specific benefits to users. If you focus on corporate branding, elaborate on high-level message building such as trust or pleasure, make sure your message fits well in a Japanese context, and back it up with facts.

In any case, you would need to promote both your product and company in the long run. Consider which to prioritize and plot stages. Either initially raise recognition of your product and move on to corporate branding, or first bring attention to your brand and boost understanding about you product later on.

Define how long and how much you can spend to achieve your business goals. Then you will be able to design a rough communication schedule and plan tied with your business/marketing strategy.

Upon planning, if you do not have your staff stationed in Japan yet, you may instead want to work with local business partners and/or consult with local agencies in areas such as law, PR, survey, promotion, events, and advertisements to conduct extensive research and market analysis. The PR/Mass Communication Handbook published annually in Japanese by the Public Relations Society of Japan lists media, companies, agencies, tips and terminologies, and can be a handy information source for you.

When done with strategy planning, it is time for you to move on to communication activities by leveraging media

What is unique about Japanese media is the existence of press clubs to which major media and market players belong in order to conduct ‘official’ message delivery. Companies use press clubs located in ministries, governments and trade organizations to deliver announcements, while the registered press uses the club to get exclusive stories in an organizationally controlled way. So, it will be no harm to do some research on whether there is any press club you can be a member of.

Japanese media tend to take neutral positions backed up by facts and figures. Therefore, preparation of briefing materials in Japanese is critical. Figures such as revenue, sales targets, customer base and experiences, number of employees, and year of company foundation will often be required, especially when you talk with newspaper journalists covering businesses.

Compile a fact sheet listing facts and figures as noted above, and put together a target media list. Then, it is time for you to build relations with key journalists who can be influencers supportive to you. Become or nurture a spokesperson, ideally with media training, and deliver your message to media through interviews, briefings and press conferences depending on the business schedule. And/or, you may want to leverage your product and roll out press releases, present publicity, movie/TV placement, and magazine/web tie-ups.

Remember, before you talk with journalists, prepare. I cannot emphasize enough the importance of the basics. Clarifying your message, and prepare message materials such as aforementioned fact sheet as well as a corporate briefing sheet, presentations, press releases/references, Q&A in Japanese. Make sure you or your spokesperson is capable of pleasantly controlling the conversation, being humble and likable which Japanese highly value. If you need a translator, try to designate the same person and train him/her to suit you.

Japan is no exception to the hardships for traditional media. Social Networking Services (SNS) and blogs are increasingly popular as corporate messaging tools to influence consumers. There are approximately 3 million active blogs, and the most popular local blog operator FC2 attracts close to 27 million viewers in a month. The most popular SNS operator, mixi, attracts over 11 million viewers per month.

Increasing numbers of companies are inviting bloggers to campaigns where the invitees can try products or use services for free. Companies facilitate bloggers to create buzz for their products/services while there is no obligations for bloggers to write. There is, however, the risk of bloggers commenting negatively about the campaign.

There are approximately 7,000 advertising agencies and 190 PR agencies to choose from in Japan. Kyodo PR, where I work, is the largest PR agency in Japan. That said, based on my own experience of working in European/US companies and selected agencies, I personally believe the best agency for you is the one which can bring best fitted team.

Now, it is time for you to actively pursue businesses while rolling out communication plans in Japan. There are many European companies operating in Japan ranging from B2B to B2C which you may be able to learn from, such as Gucci, Louis Vuitton, Zara, Adecco, SAP, Philips, Tempur, Guinness, Burberry to name a few.

What is common in successful European companies from a Japanese perspective? The answer is ‘style’ and/or ‘class’. The Japanese long for Europe and see sophistication threaded through its rich history. As one online survey (http://risacchi.jp/result/4017) indicates, over 40% of respondents name Europe as an area they would love to visit. Europe is viewed as the land of beauty from the viewpoint of natives in the small island in the Far East.

Or, you can leverage pioneers. When I helped a Denmark-based company for kids business to launch in Japan, I often associated Denmark with Lego blocks, then journalists instantly memorized the brand. This is because Lego is one of few Danish brands which is well known and admired by Japanese, and it is in the same kids business, which does not compete with the new entrant.

The key is to first correctly position yourself against your competitors, and then help Japanese become aware and understand you as soon as possible by leveraging the assets of European image and pioneers. By engaging continuous and strategic communications, you should be able to soundly move forward in Japan. 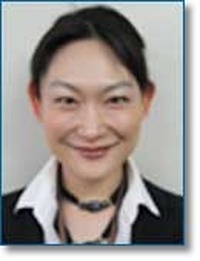