Harnessing Celebrity Power for a Good Cause


When they are passionate and genuine about supporting a good cause, celebrities can make a big difference. Natasha Koifman explains how.

“Far and away the best prize that life offers is the chance to work hard at work worth doing.” – Theodore Roosevelt.

Like it or not, no one can deny the power of celebrity to woo the media and sway consumers. Brands are hitching their wagon to top stars and inking huge endorsement deals that provide big payoffs for both parties.

A case in point is the lucrative business of celebrity fragrances. In 2002 JLo and Coty successfully launched Glow with staggering worldwide sales and a trail of celebrity fragrances followed – Britney Spears, Celine Dion and Halle Berry to name a few. As a Coty chief executive explained in a 2008 New York Times piece by Julie Creswell, “Seven years ago, the belief among celebrities was that perfume was something you did at the end of a career. Now it’s different and seen as a key step in the start of a career.”

The profit from successful endorsements, meanwhile, has convinced celebrities that it’s wise to be much more open to such deals than they once were.

This powerful channel of communication is effective with savvy PR practitioners, but using it effectively for PR purposes is different from endorsements. It requires authenticity and substance. How can you create an effective ‘celebrityship’ – a relationship outside of advertising or endorsements that involves celebrity and PR – that is meaningful? You combine celebrity, a meaningful connection and cause marketing.

As a PR agency based out of Toronto and with an office in New York City, my firm, NKPR is well-positioned within North America’s epicentres for entertainment, film and media with access to world-class VIPs and events. We have always believed in the power of PR to do ‘good’ and make a difference where it matters and I believe this passion is what makes our partnerships, with celebrities and brands in supporting causes that matter, exceptionally relevant. We’ve been able to apply the elements of a ‘celebrityship’ to some of our most successful programs with great results.

Celebrity and Cause Marketing

I work with award-winning director and writer Paul Haggis on a remarkable fundraising program he started called Artists for Peace and Justice. http://www.artistsforpeaceandjustice.com/. Paul’s goal is to actively support the work of Father Rick Frechette and his programs that address issues of poverty and raise funds for grass-roots organizations that are making a difference in the slums of Haiti. The work they are doing is changing lives in one of the world’s poorest countries and they need on-going funds from corporations to build schools, provide water and medical care.

What has struck me the most is the level of passion Paul has for this cause. Beyond the boost Artists for Peace and Justice may receive with him at the helm as a Hollywood heavy-hitter with connections to influencers, it is his level of sincerity and passion that will make it happen.

Paul Haggis is raising the bar for all celebrities on how to maximize their star power to make a difference. He has enlisted the help of other top-tier celebrities such as Josh Brolin, Diane Lane, Maria Bello, Madeline Stowe and Charlize Theron to form an advisory board. Each of them is committed to donating their time, their connections and their heart to this cause. Their role with Artists for Peace and Justice goes beyond ‘showing up’ for photos; it is sincere and they’re dedicated to helping families in the slums of Haiti become self-sufficient.

The scope of their efforts includes co-hosting fundraisers, attending events, speaking to journalists on behalf of Artists for Peace and Justice and contributing their personal resources to the cause. Accompanying Paul on a recent trip to Haiti, they saw the direct impact Father Rick was having and it changed their lives.

Celebrities such as these are approached constantly to lend their name to a charity or cause, but like Paul Haggis this is a cause they believe in and they know they can help. With an unbeatable combination of passion and savvy use of star power, these celebrities are turning the business of fame into a powerful force for good.

Artists for Peace and Justice is a great example of how celebrity involvement with a charity brings a level of interest and credibility to a project that can be leveraged with corporations. Making the ‘ask’ for corporate support is more accessible when enhanced by celebrity association because the business recognizes its potential effectiveness in meeting their social responsibility objectives.

Valuable PR will ensure the company’s involvement with the project receives media coverage and the charity receives the necessary funding. If executed correctly, and with good intention, it can create a win-win situation for everyone.

A successful celebrity-corporate partnership needs more than just two parties brought together for promotional purposes. It requires the right fit. If a celebrity doesn’t have genuine passion or sincerity for the project, the partnership is limited in its scope and credibility.

My experience in the field has taught me that to make strategic partnerships happen, and to be effective, you need a few key elements: be authentic and have intentions that truly come from a good place, be innovative, and become an expert in what you do.

Many clients choose a PR agency for the company they keep and the benefits those strategic alignments can provide. Listen to your clients, determine together what success will look like and show them how to get there. They often have the ideas, but not the know-how on how to make it happen. As PR practitioners, we are in a unique position to do good and create programs that matter. 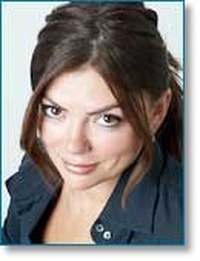 Natasha Koifman is president and founder of NKPR with offices in Toronto and New York City.