From Rolling Stone to Showtime


Entertainment PR specialist Stuart Zakim has promoted movies, magazines and now a TV network. In this piece he tells us about some of the key campaigns in his career.

Throughout my career, I’ve practiced public relations in the media and entertainment sector and work with and provide counsel to some of the industry’s top leaders and icons.

I have worked for high profile media executives like Christie Hefner of Playboy, Jann Wenner, owner of Rolling Stone and Us Weekly and Bonnie Fuller, arguably one of the best known and successful magazine editors, at both Us Weekly and Star magazines, spent 20 years in the motion picture industry and now, exploring the world of premium television with Showtime Networks. One could say it’s the "Trifecta" – film, magazines and cable television – of entertainment PR.

Below are a few highlights.

It was 1987 and Rolling Stone was about to come of age as a magazine and celebrate its 20th anniversary. The magazine was respected for its journalistic heritage and its collection of stellar contributing editors.

One area that the magazine wasn’t growing in, however, was in advertising sales. The core categories – music, alcohol and consumer electronics – were not driving the kind of revenues to bring the magazine to the next level. Efforts to expand the advertising base with new categories – automobiles, fashion, personal grooming and others, hadn’t been successful. There was a perception in the ad marketplace that the magazine’s readers were essentially 1.4 million aging hippies with no significant discretionary income to spend on their products.

To diffuse that perception, it was attacked on two fronts. The first was through a series of trade advertisements which tackled this issue head on. In a variety of double page ads, this campaign, "Perception/Reality" gave information about their readers that was cleverly presented and contrasted. For example, one execution had the word ‘perception’ above a roach clip, and ‘reality’ above a money clip targeted to financial services advertisers. Another had ‘perception’ above a peace sign, ‘reality’ over a Mercedes-Benz logo targeted to import automobile advertisers.
This messaging was reinforced through all the public relations activities timed to the 20th anniversary. Editor in Chief Jann Wenner, who was the centerpiece of the PR campaign, was positioned strategically as no longer the legendary bad boy of publishing but as a visionary in the magazine world.

From major profiles in credible print outlets such as the New York Times to Advertising Age, to an in depth profile on CBS News and a two-hour special with a superstar lineup on ABC, the power of Wenner and the Rolling Stone brand was seen as the major vehicle to reach the very large and influential baby boomer audience.

I returned to Wenner Media many years later to help reposition another magazine, Us Weekly. To meet the challenge of keeping pace with the rapidly growing public obsession with celebrity news and compete with People magazine, Us changed its frequency from a monthly to a weekly. A year into the change, the magazine was struggling in advertising and circulation and draining a lot of Wenner’s financial resources while People continued to outsell Us in every area of the business.

He had a solution to this problem - entering a partnership with the Walt Disney Company, which was injecting much needed cash in exchange for a 50% ownership of Us Weekly - and asked me to come back to oversee the media relations for the announcement.

The irony of Rolling Stone editor Jann Wenner going into business with the Walt Disney company – Mickey and the family values it represented – was lost on none of the media. To accommodate the high press interest in this announcement, we chose the set at ABC’s Good Morning American studios (another Disney "cast member") to host a press conference in which Disney’s Michael Eisner would attend along with Wenner. The story received extensive coverage in the business and entertainment media and the shot of Eisner and Wenner at the table made the front page of the NY Times Business Section.

The media buzz was only beginning. We then brought in Bonnie Fuller as editor of Us Weekly. Well known in publishing circles for her uncanny ability to connect with readers, and more importantly, drive circulation and advertising sales, she had very strong ideas of what Us could be and presented them to Wenner – and history was made.

The magazine and Fuller both took off like a bullet. Her success became a media feeding frenzy – and we wanted to manage it to capitalize on this opportunity. I crafted a media strategy to insure that Bonnie and the magazine were being portrayed as the credible source for celebrity news. Profiles in the New York Times, Women’s Wear Daily, Newsweek and others and appearances on national television shows like Good Morning American, Today, The View, Entertainment Tonight, etc., quickly turned Us into the hottest magazine in the market.

The biggest win came nine months after her arrival when Advertising Age, the bible of the media business, named Fuller "Editor of the Year" and placed Us Weekly on its ‘A list’ of top magazines. Us’ success totally revolutionized celebrity journalism, took a magazine category from two titles to eight within a year and made Bonnie Fuller a household name.

I joined Showtime Networks earlier this year, coincidental with its becoming a wholly owned subsidiary of the CBS Corporation. Throughout its 30 years, Showtime had been known for its ground breaking and award winning programming. But, it didn’t have the cool factor, nor the subscribers that its main competitor, HBO, enjoyed.

To help change that, Chairman/CEO Matt Blank brought in one of the best PR pro’s in television, Richard Licata, to overhaul its image to the cable and creative community. The strength of the network’s slate of original series – Weeds, Brotherhood, Sleeper Cell, The L Word, Dexter – is providing Licata’s team, of which I am a member, the tools to create a new brand image of the network.

A record 19 Emmy® nominations in 2006 is the best evidence that the strategy to the creative community is working. And, the strength of the programming has played a major role in changing how the media is writing about Showtime.

While programming is the driver in enhancing Showtime’s perception to the creative community, the network has been an innovator in exploring how to utilize new distribution platforms to expand our subscriber base. An excellent opportunity to communicate that came when we were planning to announce a distribution agreement with Apple’s iTunes. Showtime would be the first cable network to make its programming available on the service and, strategically, the goal was to present the network as groundbreaker in exploring new ways to tap into the digital media space to broaden its audience.

Working collaboratively with Apple, we wanted to maximize the value this deal could bring to Showtime and reach media who wouldn’t normally be covering our activities while still working with our core constituency of outlets. As a result of this strategy, the deal received wide exposure and coverage in outlets ranging from USA Today and the Wall Street Journal to Variety, The Hollywood Reporter to Multichannel News, Television Week and Broadcasting & Cable magazines among others.

Spending my career in the world of media and entertainment public relations has been exciting and challenging. Each area of media – film, magazines and television, while uniquely different, utilize many of the same resources that have made my transition from one area to the next relatively seamless. I hope the above helps show that. 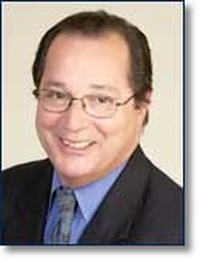