Is the Grenelle on sustainable development, which seeks to bring consensus to the environmental debate, another French revolution? By Pazanne Le Cour Grandmaison and Veronique Ferjou.

In the early 2000s, a push by civil society and NGOs began to bring sustainable development issues to the forefront of the French political and economic agenda. In 2005 under President Jacques Chirac, France became the first country to include an environmental charter in its constitution.

During the 2007 French presidential campaign, Nicolas Hulot, a leading French environmental activist, published a call for action for sustainable development to become a national priority, the “Ecological Pact”, which was signed by all the leading presidential candidates.

Following the election, President Sarkozy – having signed the Ecological Pact and following up on his promise of “rupture” (break with the past) – announced the creation of an overarching minister for ecology and sustainable development, symbolically holding the number two position in the government, second only to the prime minister. He also called for a national convention on the environment called the “Grenelle de l’Environnement.”

This convention and its first output are already transforming the way business is done in France. The Grenelle de l’Environnement takes its organizing principles from the Grenelle agreements that were negotiated between the government, trade unions and employers to end the May 1968 riots.

Accordingly, the Grenelle de l’Environnement brought together stakeholders who had not previously engaged in systematic dialogue on sustainable development: the administration, locally elected officials, business, trade unions and NGO representatives.

Furthermore, the convention was brought to the general public through a series of debates organized both across France and online (with more than 200,000 online contributions by French citizens).

After four months, the convention reached a first set of conclusions, to provide a general framework for future French legislation on sustainable development-related issues. In October 2007, President Sarkozy made these conclusions public in the presence of European Commission President José Manuel Barosso and climate activist and Nobel Peace Prize winner Al Gore.

President Sarkozy called for an “ecological New Deal” and a “green revolution” to be supported jointly by the European Union. He added that environmental policy was not a cost but an investment and invited all stakeholders to move away from “the deadlock that permanently consists in opposing economic growth to the preservation of the environment”.

Over the last year, a new governance of the French political and economic decision-making process has emerged, “le dialogue à cinq”(five-way dialogue), adding civil society/NGOs to the four traditional stakeholders: administration, locally elected officials, business and trade unions. This is the Grenelle revolution, as President Sarkozy restated in a speech on 28 May 2008 when he said he “wanted this five-way dialogue to become one of the principles of public decision-making in France.”

The results of a recent poll conducted by APCO Metro/Opinion Way in September 2008 interestingly showed that 64% of the population interviewed in France agrees that the Grenelle de l’Environnement promotes the dialogue between the French State, companies, and the civil society. 59% of the sample considers that, with the Grenelle de l’Environnement, NGOs and the civil society are better taken into account today as actors of the economic and social dialogue.

Moreover 56% of the population interviewed thinks that it is a high priority to build a new economy combining the protection of the environment, social progress and economic growth. Most of the interviewees – 63% – are also conscious that some issues need to be addressed globally, i.e. at worldwide level, in order to be efficient.

This being acknowledged, however, still 57% of the sample interviewed considered that the Grenelle de l’Environnement would remain a short-lived project. Indeed, criticisms have emerged on the consultation process itself (in terms of representativeness, expertise and objectives), and difficulties already have arisen as talks of implementing these recommendations move forth.

Though the Grenelle bills are still in the decision-making process – Grenelle 1 bill is due to be adopted by Spring 2009 by Parliament and unofficial draft Grenelle 2 just circulated to stakeholders – and details of measures and pace for changes still to be defined, there already is a before- and an after-Grenelle in terms of what is expected of businesses.

With the official recognition of NGOs as a new and critical stakeholder in the public decision-making process, businesses will need to revisit their CR activities and rely on expert advice to address these new stakeholders and engage in this new dialogue. 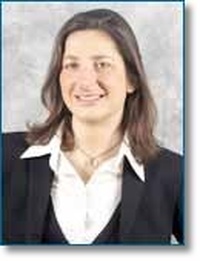 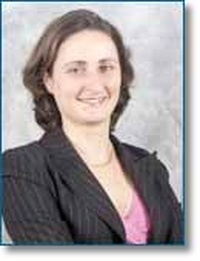