The End of Informed Choice?

If the behaviour change gurus whose books are flying off the shelves this Christmas are to be believed, the era of informed choice has had its day. People aren’t rational: they rely on habit and rule-of-thumb, and inertia gets the better of everyone, particularly when there’s a difficult decision to be made.

Take pensions, for example. (See, you’re yawning already.) It’s the easiest thing in the world to put off making a decision on a tricky subject like that. So what happens? Nothing. That’s one of the main reasons why, in the UK alone, 4.7 million people who have access to a workplace pension scheme don’t join it.

The solution, according to the gurus? Set a default that makes people behave in the ‘right’ way, but for the sake of libertarianism, allow them an opt-out.

In the same way that most of us don’t change much about the default settings on our mobile phone, except for the ringtone (well, most of us over 25 then), so the idea is that most of us won’t take the trouble to opt out if we are automatically enrolled in a workplace pension. It’s such a persuasive idea that the UK government is taking the unprecedented step of turning it into law.

Setting defaults and opt-outs like this, so the gurus say, is also the answer to the other ‘intractable’ behavioural issues besetting modern societies – rising obesity, increasing waste and the threat of climate change in particular.

So what’s the place of public information in behaviour change, if this new approach is the future? Can we expect a substantial shift in government expenditure away from advertising and PR towards greater regulation? To tackle obesity, for example, will education on diet be relegated in favour of tighter regulation on food sales in restaurants and supermarkets? Rather than exhorting us to switch to more fuel-efficient cars or turn the thermostat down, will governments place more reliance on emissions controls and pricing through the tax system?

Public information will always be one of the tools in the box available to governments, alongside tax and regulation, and they would be foolish to throw it away. But its use, if not diminished, must surely change in respect of the new orthodoxy.

Exhortation has been shown to be of limited effectiveness on its own. A UK campaign in the late 90s designed to remind consumers to recycle more (Are you doing your bit? – DETR) died a death because it was not sufficiently supported by the mechanics to make it easy for people to do so.

By contrast, provision of kerbside collection from specially designated bins has transformed the results. But of course this has happened in conjunction with communications. And the role for communications in this case has been to make it fashionable, not quirky, to sort your glass from your plastics and your paper from your cardboard.

This example illustrates beautifully the new role for communications in the age of defaults and options: that is, to establish new social norms.

We are all more comfortable being similar to our peer group than being different from it. The challenge for government, if the peers are establishing anti-social behaviour, is to find a way of changing those norms. Defaults have an important part to play but could fail on their own.

There will, after all, always be those who oppose a change, however easy you make it and whatever the good intentions behind it. There will often be commercial incentives at stake – whether from the tobacco or alcohol industries, for example, who have to bear some public health campaigns through gritted teeth, or from the automotive or airline industries in relation to global warming.

If it is for governments to shape norms, they certainly can’t do that on their own. Increasingly, the PR savvy electorate is growing in its cynicism of government messages.

But there are nearly always allies to call on, third sector or professional bodies for example, whom the public trusts. One significant task for governments seeking behaviour change is therefore to influence the influencers, to win the support of truly independent interests who have credibility in the public eye.

So, in the era of behavioural economics, I believe PR must increasingly move towards stakeholder relations. Rational interaction with credible opinion formers – ‘mavens’ as Malcolm Gladwell called them in his seminal book The Tipping Point – must be the bedrock on which behavioural change is built.

Of course, not least among these are the media themselves. They too must be persuaded of the power of the argument for the change desired, and this will be more easily accomplished if other opinion formers are in support. After that, throwing the spotlight on the change that has taken place can help magnify it and generate social acceptance.

Providing information to assist choice will always have a part to play, but setting the context for that choice by establishing social norms looks like the future for the role of communications to effect ‘difficult’ changes in public behaviour. 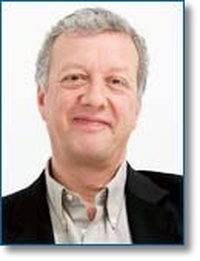 Ron Finlay is a Director of Fishburn Hedges.