Dealing With a Terror Nightmare


When terrorist bombers struck at London’s public transport network in July 2005, the authorities managed the crisis with a swift, sensitive and thorough response. By Paul Mylrea.

There is no alternative when your worst nightmare happens. You just have to face up to it.

But how you deal with it and – a subtle but important difference – how people perceive you have dealt with it can make or break your organization.

"We knew there were explosions. We did not spend a great deal of time... framing the description of exactly what had happened and who was involved. But we knew that this was off the charts and that it was most likely the worst nightmare of a terrorist incident." Those were the words of Tim O’Toole, the Managing Director of London Underground, explaining how that day began to unfold.

Those words underline the fact that in the first stages of a crisis you will have incomplete information for your decisions. They also show that these decisions are bound up inseparably with emotions.

In the Press Office of Transport for London, we knew something was horribly wrong almost immediately on July 7th, 2005. A bleeper message told us that there was a loss of power in part of the network. It was eerily familiar. Two years earlier, there had been a major power surge on the Central Line that snarled up the network badly. But we also knew that it could be much, much worse.

What did we do? We informed journalists that we had reports of a problem with the power in parts of the network and that we were checking. We sent a senior press officer to the network control room to open a direct line of communication – and to make sure we stopped adding to the burden of the network controllers. We linked up with our partners in services such as the police and emergency services and invited colleagues from the Mayor’s Office and Tube Lines to put someone in our office to shorten communications lines.

By 11.00 on that Thursday, the press office had received over 200 requests for interviews from the media. Our best estimate on total calls taken by the press office is at least 2000. We answered 95% of them.

One thing helped. We had recently revamped the Press Office pages on TfL’s website. Online viewing of press releases rose from an average of 3,775 per day to 94,444 on Friday. This was key to reducing the pressure on the press office.

We sent out Press Officers in pairs to support front-line staff who were down in the tunnels dealing with the victims and survivors. Most journalists on the day were mindful of the need to give rescue workers space, but not everyone. A couple of rogue foreign crews caused anguish when they tried to intrude in a hospital and on the scene in the immediate afternmath. The job of those press officers was to keep the media at bay and assist in any way they could.

That created a bond between the Press office and operational staff. But it also took its toll on individuals who had to face up to scenes they had never experienced before – and never wanted to experience.

By July 20, we had issued 23 press releases, taken part in five major press conferences, arranged mayoral and royal visits, and managed over 270 media interviews. We had also helped keep the network running with key messages on the importance of not leaving baggage unattended. We had worked closely with our colleagues in the police and emergency services.

Were we effective? In a survey 30 weeks after the tragic events, passengers said ‘low-level’ crime more of a concern than terrorism and that TfL had done a good job of reassuring customers. Passenger numbers had recovered.

So, what did we learn?

Well first, you can’t work alone. You must work with partners – in our case other agencies such as the Metropolitan Police, the British Transport Police, the government, and with stakeholders, in particular staff and passengers.

We had invested time and money in preparing for major incidents, so we were ready to react. We were able to quickly deploy systems to track calls and interview bids. We knew who to call: the Press Office is an integral part of the TfL "Gold" structure – a formal system for dealing with and planning for major incidents that is recognised and used across public and government bodies throughout the UK.

We had a strong and talented team and our key officials trusted us. We were also lucky that our key officials – people like Tim O’Toole or Peter Hendy, now the Commissioner of Transport for London – were excellent advocates, able to communicate the professionalism and care at the heart of the organisation.

We were lucky. We were able to continue to use our main offices. We are also not complacent. We have learned lessons from the events and have improved our procedures. But – and this is a message for all organisations – we had put the time, money and effort in preparing. We believe it paid off in terms of London Underground’s long-term reputation. 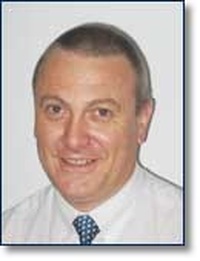