Even boring appointment stories can be brought to life given some creative thought, says Andy Green.

"Well, the first thing I would do is cut the grass outside your offices."

Response of the late Robert Davy, when asked by a lawnmower company how he would improve its public relations.

Most practitioners fall into the trap of perceiving creativity as a tactical tool, to be used in activities such as coming up with ideas for photocalls, new angles for a story, or as an element in the design of promotional material. Yet the creative function is inherently a strategic as well as a tactical tool.

Creativity as a Strategic Tool

Strategy is one of those concepts that is in danger of becoming an end in itself. "What we need is a strategy document on this", was one call to inaction remembered from my days in local government.

However, it is much more than this. Put at its simplest, strategy has been neatly defined by Graham Lancaster of Biss Lancaster as "the shortest line between two points, identifying where you are, and where you want to be". (Another alternative definition uses the analogy of seeking to be inebriated: the objective is to get drunk, the strategy is to go to the pub, and the tactics are to have 10 pints!)

The creative practitioner can use creativity both to establish and to review an organization’s vision of where it sees itself and where it is going. To Steve Gebbett of Charles Barker: "The way creativity feeds into strategy is at the ‘big picture’ end. In some respects creativity is a way of challenging an existing strategy with ideas that may have an effect on the direction of the main strategic thrust of the organization. The new ideas in themselves may also have strategic legs to give further dimensions to the organization’s activities."

The creative function can be used in all aspects of devising, identifying and articulating the strategy, particularly in two key areas: strategy as a statement of intent, and in its everyday performance as a direction indicator for values and behaviour within an organization.

Strategy as an indicator of organizational value and behaviour

An organization, even with a clearly articulated strategy, does not exist in a vacuum in its quest to get from A to B in the shortest space of time. If it is to be successful in its journey, it must also match its intent with the necessary supporting values and behaviours.

Alan Preece of the University of East Anglia said when interviewed: "Creativity as a strategic tool exists as one of the values of the organization. If an organization can say explicitly that it is creative, then that is one of its values that it must then prove, by the way it treats people and the way it treats creativity."

This point about creativity being a strategic behaviour is, as Graham Lancaster believes, an absolutely crucial element in the functioning of successful organizations:

A technique to ensure that strategic statements are counterbalanced with supporting behaviours is to draw what is known as a ‘strategy map’.

At the top of a sheet of paper, put your organization’s philosophy and mission, followed by its business objectives. Beneath this detail the various processes and behaviours that are required to deliver, day in and day out, the statement of intent. The result is a hierarchy of the strategy, with its articulation as a vision at the top and as guidance for everyday actions at the bottom.

Generating maximum impact and media interest in a press launch can be a major challenge for practitioners. When Steve Gebbett of Charles Barker sought to launch a chocolate bar for Cadbury, he used a combination of old and new technology to stunning effect. An image of the chocolate brand, Wispa Gold, was projected by laser on to the dome of St Paul’s cathedral, resulting in a very unusual and dramatic photo – and extensive media coverage. Wispa Gold sold out within days.

In any campaign, creativity can be used to identify potential allies for your particular cause. When the Leeds Development Corporation (LDC) was facing the formal wind-up of its activities in April 1995, there was a widespread view within the organization that Leeds City Council, which had vigorously opposed the existence of the Corporation, would come in and remove the LDC’s billboards that proclaimed the successes of its work.

By posing to myself the question ‘Who would Leeds City Council not pick a fight with?’, I came up with the answer: God. A restoration appeal by Leeds Parish Church was chosen as a suitable link. The LDC signs were given over to the Church’s appeal for a peppercorn rent, and were redesigned with a message supporting the appeal, but still including a reference to Leeds Development Corporation. Several years later they were still standing.

Rather than pay expensive prices for tickets for hospitality packages at major events such as Twickenham, the Yorkshire Building Society sponsors a local Rugby Union team. Part of the deal, devised by David Holmes, the Society’s Communications Manager, is for the Society to receive tickets from the local rugby club for internationals at Twickenham. As a consequence, the local rugby club is able to generate additional funding (from matching sponsorship, which doubles the amount they receive from the Society). The net result is tickets at a lower price than from hospitality packages, a very worthwhile local community sponsorship with attendant publicity, and additional help for a local club.

Creativity in the use of Media

Looking at unusual channels of communication can add value to a campaign, and I owe my start in public relations to this. At university I stood for election to a student union post. Each candidate was allowed the cost of several thousand leaflets and posters.

However, soon into the campaign I realized that my message was not getting through as all the candidates were leaving the manifesto leaflets in the same place in the student union refectory. I thought about ways in which it would be possible to get two or three minutes of undivided attention from the students to read my manifesto and make me stand out from the other candidates. The answer was to stick the manifestos on the back of toilet doors. As a result, I won – and the rest, as they say, is history.

Every partner who joins north-west England law firm Davies Wallis Foyster does not have a run-of-the-mill head-and-shoulders photo to accompany the announcement of his or her appointment. Instead, the firm goes to great lengths to create a photo that portrays some aspect of the new partner’s personality, interest or work – or, indeed, some combination of these three. The photos are generally outstanding in their own right, but in addition the practice’s Public Relations Manager, Dawn Boswell, then creatively seeks out unusual outlets for them.

On one occasion a partner with an interest in horse racing had his photo taken wearing a jaunty titfer and holding both his winnings and a copy of the Sporting Life. By including the racing newspaper on her distribution list, Dawn generated additional coverage, which also led to the partner picking up new client contacts and goodwill, and extra business was generated as a result of the article.

Creativity with an Anniversary

Look beyond the routine in celebrating an anniversary. For Trinity and Burton Arcades – one of the smallest shopping centres in Leeds – considerable added value was achieved in celebrating its 25th anniversary in 1998 by identifying a topical opportunity.

The year the centre opened, 1973, was the year Leeds United were beaten by underdogs Sunderland in the FA Cup Final. The game was memorable for an outstanding display by Sunderland goalkeeper Jim Montgomery, who kept the mighty Leeds team at bay.

In 1998 a charity penalty shoot-out competition was arranged at the shopping centre with veteran players Jim Montgomery and Leeds United’s Norman Hunter taking part, and an invitation was issued to United fans to avenge their defeat. Considerable media coverage was obtained as a result of what was potentially a mundane anniversary opportunity. 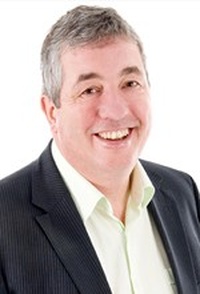