Disregarding Chinese cultural and political sensitivities is a sure-fire way to end up in trouble, warns Alistair Nicholas

An American friend working in public relations in China once described PR in China to me as playing three-dimensional chess while blindfolded with your hands tied behind your back and someone standing behind you beating you with a bamboo cane. Before readers dismiss my friend as a novice to China and a cultural chauvinist, I should point out that he had spent 27 years working in Greater China (mainland China, Taiwan and Hong Kong) and Singapore, and that he spoke two Chinese languages (Mandarin and Cantonese) fluently – so fluently that many Chinese were astounded by his linguistic dexterity.

Why such a pessimistic comment from a seasoned China hand?

Because China is an immensely complex market with a culture very different to the ones with which most westerners are familiar. That doesn’t mean China cannot be understood or that foreign companies cannot succeed here. It means they have to work harder and they really do need to get advice from experts on the ground in the market.

In June 2005, American fast food restaurant chain McDonalds was forced to withdraw a television advertisement and publicly apologise to the Chinese people for insulting their culture. It’s transgression? The advertisement had depicted a Chinese man begging for a discount to promote special year-round offers by the restaurant chain.

McDonalds thought the advertisement would be received in the good humour with which it was intended. Instead, Chinese viewers said they felt humiliated and disrespected by it. To Chinese, begging is an indignity.

This was not the first time the fast food company had found itself in difficulty in China. Several years earlier it had been forced to pull a TV ad that showed an American basketball star trouncing an animated Chinese kung fu master before the two sat down to eat together. Again, the restaurant chain thought this would be received with good humour. It was not. Chinese felt their culture was being undermined and humiliated by suggesting a kung fu master could be beaten by a basketball player – even at basketball.

Nor is McDonalds the only Western company to find itself in such difficulties in China. This year French auto maker Citroen was forced to apologise to the Chinese people after a billboard advertising campaign depicting a portrait of Chairman Mao Zedong looking down on a new model car with a scowling face was criticized on Chinese blogs. This time, however, the advertisement was not intended for the Chinese market and had not been run in China. It was only run in Spain. But, thanks to globalisation and the Internet, Citroen very quickly found itself in issues management mode in China.

The list of foreign companies that have found themselves in similar difficulties in China is extensive. Yet, all these companies could have avoided their embarrassments if they had paid a little more attention to Chinese cultural and political sensitivities.

Had these companies checked with someone in China or tested their ideas in focus groups on the mainland before going public with their ‘humorous’ ideas, they could have avoided such PR disasters as transpired. And they could have saved the money they had to pay PR firms for crisis management advice after their cultural faux pas were made.

Getting it right from the start

Some years ago I was invited to advise a foreign car maker in China about a new advertising campaign to be launched. The creative concept for the campaign had been developed by the Hong Kong office of an international advertising agency. The company’s mainland China offices were run by expatriates from Europe and so it had no senior people with sufficient understanding of China to consider the campaign concept from a Chinese perspective.

As I listened to the ‘pitch’ my jaw dropped in disbelief.

The ad agency was suggesting a TV advertising campaign based on the Cultural Revolution – a period of Chinese history that destroyed countless families and ruined the careers and lives of many in the professional classes. I couldn’t see the Chinese authorities stand by and allow the politically sensitive ads to be broadcast.

Moreover the company would likely find itself out of favour with the government if they even attempted to air the ads. Finally, if the ads were to be approved and be aired it was likely most Chinese would turn off their TV sets in disgust and shun the company behind them.

Fortunately my advice was listened to and another advertising agency was engaged to develop a more appropriate campaign for the market.

What the original agency did not understand was the historical and cultural context. Even though people from Hong Kong had worked on the creative concept they did not understand the deeper issues of China. Hong Kong is not China. It is as culturally different to China as Australia is to America or Canada. Even more so, as Hong Kong’s main language is Cantonese, not Mandarin, which is the national language of China. Spain and France are culturally closer to each other than Hong Kong is to mainland China.

Companies seeking to get involved in China need to first find China experts with on-the-ground China experience to advise them. Those experts should have a deep understanding of the culture and the market, of how business is done here. They should be able to help with advice on branding and brand positioning, strategy and message development for the market, as well as tactical matters of PR.

It’s vitally important to get China right from the start or it really will be like playing three-dimensional chess blindfolded with your hands tied behind your back while local consumers beat you with bamboo sticks. 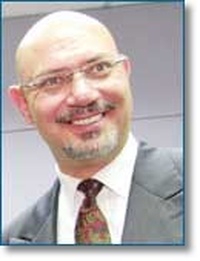 Alistair Nicholas is the Founder, President and CEO of Beijing-based AC Capital Strategic Public Relations. He has lived and worked in China for the past decade and previously headed up the Beijing office of a top five global PR firm. His 25-year career spans Australia, the United States and China.