Binda Rai provides an insight into some of the issues she faced in delivering global communications to support the 150th Anniversary of the University of London External System, a market leader in trans-national education, which today has 43,000 students i

Four global anniversary launch events, within five weeks, in four continents saw the launch of the University of London External System’s 150th Anniversary this year. The obstacles of travel, time zones, culture and logistics were not going to hinder this inclusive celebratory approach.

Key to all our events was the specially commissioned anniversary book entitled The People’s University. For the first event in Hong Kong on Sunday 13 January, there was anxiety over whether the books would arrive in time from the printer to be sent in ample time to Hong Kong. The celebrations were focused around the annual graduation ceremony at HKU SPACE, where the day’s first graduate had been lined up to receive the world’s first copy of the anniversary book.

To my surprise, minutes before the event the student decided not to participate. An anxious run by myself to the front of the line-up, and a quick word in his ear sorted out his nerves and provided the necessary reassurance to secure the story. The local media hailed the anniversary as a significant event for Hong Kong, which is the second largest market for the External System.

Ten days later, on Wednesday 23 January, more than 100 influential people filled the Lewis Media Centre at Millbank, Central London. Having secured the support of Bill Rammell, Minister of State, Department for Innovation, Universities and Skills in addition to Gordon Taylor, Chief Executive of the Professional Footballers’ Association and Gisela Stuart MP – both alumni of the External System – nothing could go wrong. That is until the police took to the streets and converged on central London to protest against their pay.

My heart sank that morning as I walked past Westminster – journalists and photographers had turned up en masse to stake their place along the kerb to capture this event! It left me with little opportunity to engage with reporters on a news day that was unbelievably riveting for them. We focused on our event, as the Minister delivered the message about the importance of the External System at both an individual and government level, while our two alumni shared their experiences of how it had played an instrumental role in shaping their lives in taking them where they are today.

There was little time between finishing the London event and arranging those in Delhi on Monday 28 January. No sooner had I boarded my flight, it was time to prepare speeches and ensure that within the first two hours of arrival, an agreement had been reached on the speeches, the catering and contact had been secured with the relevant journalists – businesses were drawing to a close to make way for India’s Republic Day Parade the following day.

Two events had been planned, a lunchtime open air event for students and teaching institutions, followed by an evening dinner at the home of Rod Pryde, Director of the British Council in India. All went well. One-to-ones with the Vice-Chancellor, Sir Graeme Davies and the Dean of the External System, Professor Jonathan Kydd secured more than half-a-dozen stories, some of which were front page news in the nationals.

After India came Nigeria. I had never travelled to Africa before. Fortunately for me, Allan Taggart – from the British Council in Lagos with whom I had worked remotely on the preparation – was there to meet and look after me during the duration of my visit.

A quick run through of our check list revealed that the anniversary books had not arrived. Were they stuck in customs or had someone forgotten to courier them over? Whatever the reason we could not hold an event without them and it was too late to have more shipped over. With just over 24 hours to go, organised panic set in with phone calls to our London office to see if they could locate the books which, thankfully, arrived just in time.

Added to this was the stress of dealing with the country’s communication system, which can be challenging at the best of times. Furthermore, there was talk of people leaving Lagos for Abuja at the end of the working week and that no-one would dream of venturing out on a Friday night (15 February) when the traffic system in Lagos virtually grinds to a halt.

For a split second, I wondered whether we were wrong to hold the Lagos event, but it was too late to dwell on it now! Instinctively, I had always felt it was right to hold an event in Africa and more so in Nigeria, where we have historical links with the University of Ibadan.

My prayers had clearly been answered as guests arrived at the Sheraton before I had time to get changed for the event, but on this occasion both Allan and I were so pleased to see them that it didn’t matter. The large room buzzed with energy as Vice-Chancellors, politicians, students and former colleagues including representatives from the University of Ibadan arrived to help celebrate the phenomenal achievement of the External System in opening doors for so many people all over the world.

As with all these events, which carried local cultural elements, the Vice-Chancellor, Sir Graeme Davies and the first Dean of the External System, Professor Jonathan Kydd, were delighted to receive all our guests and recognised the good will that was being built up in the process.

The four launch events – together with the London garden party where on 12 June the Chancellor of the University of London, HRH The Princess Royal, unveiled a sundial – formed the basis of our celebrations. Other alumni, stakeholder, graduation and open day events were organised around them but across the globe and supported by the 150th branding and merchandise. MPs that had taught or lectured in the UK were sent copies of the Anniversary book to raise awareness.

This combination of activities made for a much more effective mass communication strategy that reached the widest possible audience around the globe, including current and past students; academics; teaching institutions; representatives from statutory bodies; politicians, civil servants; members of the public and of course the global media.

In the process, a great deal of media coverage has been secured including the front page lead in the Education Guardian in the UK; features in Business Day in Nigeria, the Times in Sri Lanka and news stories in The Hindu in India, as well as many other page leads in countries such as Hong Kong and Singapore.

In terms of business outcomes, there has been a noticeable increase in the number of enquires received, which will no doubt impact on student registrations. However, it is not possible to quantify the goodwill that has been built up over the past year, but it will help bear fruition in years to come.

Key to delivering these messages has been the co-operation between the External System and organisations such as the British Council and my media relations counterparts in the countries we operate in. Without their support, in helping with events, media contacts, delivering messages through their internal publications, we could not have achieved a successful communication outcome.

Bill Rammell, Minister of State, Department for Innovation, Universities and Skills said at the London launch: “… the University of London is a pioneer in the field of flexible and distance education. Its immense success can be attributed to its ability to look forward continuously and reinvent itself.”

The plan for next year is to build on this success and use it as a springboard for the next 150 years of global inclusive education. 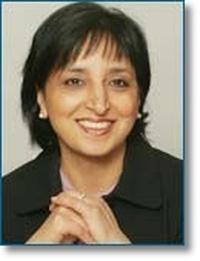 Binda Rai, Head of Global Media and PR for the University of London External System.