t was the newly introduced televised leadership debates rather than digital campaigning that connected with people in the run-up to May’s General Election in the UK. By Allan Biggar.

Many of us more experienced political activists/commentators had a sinking feeling about this election, but that old adage ‘a week is along time in politics’ was very apt.

It was remarkable not just for its outcome, delivering that very un-British of things – a coalition government – but also for the way the campaign was conducted.

What captured the imagination were rather traditional forms of campaigning. The tried and tested forms of campaigning were deployed by all the parties – battle buses criss-crossing the country, candidates on soap boxes and the ritual kissing of babies all played out a role as they have in all previous elections of the recent past.

Much has been written about the role of digital campaigning in the election of President Obama, but it didn’t appear to have the same role in the British General Election. None of the political parties seemed to leverage new media as a way of building organisation and campaigning among its support base. Yes, candidates were tweeting and campaigns were mounted via Facebook, but they were bolt-ons to the traditional form of campaigning – not the foundation on which the campaign was built.

But a very new, traditional and yet very un-British campaigning tool was delivered to fascinating effect – the Leaders television debates (three in total).

Many were cynical on how the spectacle of a televised debate would impact political campaigning – it’s not very British to have ‘presidential’ style debates scoffed the cynics. But it unleashed a level of engagement and interest among the electorate, much desperately needed at a time when the standing of politicians is at an all time low.

While he was clearly not one of the beneficiaries of the televised debates, credit has to be given to Gordon Brown for allowing them to happen in this election. It re-ignited a level of political discussion among the electorate and provided each party leader an unfettered pitch direct to the voter, without the clutter of bruising television interviewers or excitable commentators. It is the modern day version of the soap box. And that put enormous pressure on each of the three party leaders, because they’re being judged on both policies and performance.

What we learnt in the first debate was that all three were very human, and all three showed signs of nervousness perhaps most notably the Conservatives’ David Cameron. He, who is arguably the most telegenic of recent Conservative leaders, looked distinctly awkward and uncomfortable.

Gordon Brown who, as the strapline goes, is about substance not style didn’t come across well. It quickly reaffirmed that television was not his medium. The revelation was the Liberal Democrat leader, Nick Clegg, who appeared more comfortable and agile on his feet and demonstrated an uncanny knack at connecting well with the viewer. But we should remember it’s no surprise that his performance captured the imagination because the Liberal Democrats tend not to receive the same level of airtime outside elections that the other two parties receive, and as a newish party leader, he was largely unknown.

The second debate showed them all more comfortable with the format, and considerably less difference in terms of personal style between the two young challengers to the then Prime Minister. Neither landed lasting blows and neither can claim to have outperformed the other. Gordon Brown continued to bluntly land his message that he is substance over style.

The third debate on the economy favoured David Cameron, providing him with a bounce in to the final week. Although, many commentators have argued that Gordon Brown won the debate on substance, his inability to translate that into a compelling presentation spoke to his own challenges of style that he faced throughout his premiership, and which he acknowledged so poignantly on his departure from Downing Street.

The debates opened this election campaign to a wider, pluralist contest than many expected. Nick Clegg tapped in to the zeitgeist although that didn’t translate at the polls for the Liberal Democrats particularly well on polling day. Perhaps the real beneficiaries of the leaders’ debates might not have been the three main parties at all, rather the smaller parties standing at the election. The British electoral system does not favour the smaller parties but the televised debates and the polling post the debates suggest there were many who were looking for alternative homes for their vote.

So, join me in cheering the arrival of televised debates as part of the British General Election They were much more entertaining and less deferential than many expected. And, crucially, they engaged the electorate.

Should we worry at the pop-idolisation of politics? It’s how politics has always been conducted – it is, after all, the ultimate talent show. The scurrilous newspaper coverage and the centre-right bias of many media outlets is also a UK staple over the decades but it doesn’t appear to unduly or unfairly sway voting behaviours.

Moreover, televised debates are part and parcel of many other parliamentary and presidential elections in great democracies in Europe, the US and Asia. It has now arrived to the UK and looks set to stay. In fact, it was, with little doubt, the real victor of this most fascinating General Election campaign. 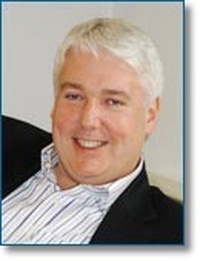 It was the newly introduced televised leadership debates rather than digital campaigning that connected with people in the run-up to May’s General Election in the UK. By Allan Biggar.