The crisis that broke out five years ago brought an abrupt end to a frenzy of external growth that had its origins in the latter half of the 1990’s, when communications groups were caught up in an acquisitions craze. These events can be explained partially by the surge in popularity of ‘new technologies’ that led communications experts to branch out into the Internet and CRM sectors. During this period, ‘Marketing Services’ were the driving force behind these communications groups, which were caught up in what they believed to be a customer relationship revolution. This rush towards specialization came to an end when the bubble burst in March 2001.

Communications groups also came under growing pressure from shareholders. As a consequence, many groups adopted an acquisitions policy that allowed them to report growth each year by consolidating accounts. The Enron scandal in the U.S. warned against this very practice, which is another reason why it came to a halt.

In the end, everyone is facing the same problem: growing pressure on wages. All companies are currently displaying a tendency to cut back on payroll, and in turn on expertise; this is where the gap widens between small and large players. Now, only the big groups can hold on to talent in all aspects of the game.

In fact, changes in the communications market more or less reflect those affecting large retailers. There are now only two types of offerings, with discount retailers on the one side, and brands with high value added on the other. There’s no more room in between for anything else; the consumer either goes for low prices or expects multiple services and cleverly marketed, innovative products. For communications, this means that agencies suffer greatly in certain areas. Publishing, the Internet and promotions are often handled by very specialized agencies. Price has become the only determining factor for businesses; however, when it comes to putting together a multimedia brand policy, communications groups are the only ones capable of delivering the goods. Since the pie has diminished even further, a bloody battle continues to rage between communications groups.

First of all, agencies must fight pervasive homogenization that, because of a race for results, makes it difficult to maintain a distinct image. A study conducted in the U.S. shows that agency employees within the largest communications groups complain about decisions made at a group level, when they could just as easily have come from one of the subsidiaries. Furthermore, communications groups began investing in development programs and human resources in 1990 to create a strong, distinctive image; the result is that the difference between communications groups is even less noticeable than before.

Another factor in this lack of differentiation is the refusal by the large networks to publish their company data. This represents something of a paradox, especially at a time when shareholders and supervisory bodies are demanding greater transparency. The true victims are the agencies themselves who are denied the opportunity to defend their geographic advantages and the skills that come with their areas of expertise in other than generic terms.

How Do You Tell The Difference?

First of all, product-centred advertising is dying out. We’re seeing a shift towards an increasingly unified strategy where the idea of the brand must work with all elements of communication in an integrated and synergetic way. Brands have abandoned their focus on products and shifted it to values, state of mind and a larger social debate (e.g. Nike, Coca Cola). The brand represents a differentiating value added, particularly for the company. The relationship between the company and the brand, and corporate and commercial discourse, is increasingly interwoven.

Public relations and corporate communications will take on a more important role as companies adapt to changing environments and respond to greater demands in unfamiliar areas, such as ethics, social policy, the environment, sustainable development, etc. For agencies, the idea is now to combine the different aspects of communication into one system able to meet local as well as international demands. From there, it is a matter of competitiveness. Only consistency and quality make the difference from now on.

We have moved from a demand market to a supply market. All networks must undergo reorganization and streamline their services, the same as in companies that, for the same reasons, have cut back on their range of brands. The communications market has started to feel the effects of this movement: despite the existence of fewer brands in every country, they are richer, better positioned and placed more carefully on an international level.

Advertising and the purchase of advertising space have already reached the global arena, but other aspects of communication are still largely controlled by local factors.

Marketing Services have reached a turning point and are evolving at an increasingly fast pace. Microsoft wasted no time initiating global competition in this area; customer relationship models are now exported and globalized; only corporate communications and public relations are left. This is the next step for the industry. 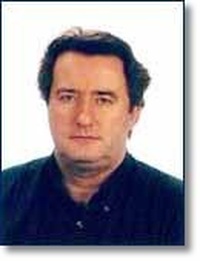