A Clearer Grasp of Corporate Reputation

Warren Buffett is often quoted as saying that “if you lose dollars for the firm with bad decisions, I will be very understanding. If you lose reputation for the firm, I will be ruthless.” He, like most CEOs, has probably also repeated the mantra “You cannot manage that which you cannot measure.”

So how come, in many major companies, corporate reputation measurement is at best haphazard and at worst non-existent? There are probably warehouses that have better performance metrics than the company’s reputation. Jim Foster, ex-CEO of Brouillard Communications (a WPP Company) called unmeasured and unmanaged reputation “the hole in the balance sheet.”

So if reputation is a critical asset and assets need to be measured to be managed, why is reputation so often not measured. I was asked once for a succinct reason for this phenomenon and blurted out that too many communication practitioners are “too dumb, too cheap and too scared” to engage in quality measurement. I was soundly criticized for being impolitic – but not for being wrong.

So let’s be politically correct and focus on the first of these issues, which I now will call lack of knowledge.

Corporate reputation is the sum total of what is known about the company, how the company is evaluated and the propensity of key stakeholders to act in ways that support the company’s strategic goals.

Like Gaul, this definition is divided into three parts:

What is known about the company. This starts with awareness. Is the company known? If there is no awareness, there is no reputation. End of story. If a company is known, how well is it known? Forty years of research has shown that, with some notable exceptions, stakeholders who are more familiar with a company are more favorable toward it than those less familiar. Or as Andre Gide put it, “understanding is the beginning of approving.” It is also necessary to measure knowledge of specific facts about a company because evaluations may be based on outdated or incomplete information. For example, if I know General Electric only as a maker of kitchen appliances (which are not all that terrific), I will rate the company differently than someone who sees GE as one of the most successful conglomerates on the planet.

How the company is evaluated. Evaluation of the company can be measured in several ways. First, there should be an overall assessment which could be one question or several questions which combine into an index. These evaluations should be more specific in terms of how the company is seen as performing on a series of attributes such as caliber of management, environmental responsibility, caring about employees, financial performance, etc. (Generating truly meaningful attributes is a bit of an art in itself). These questions should be asked about key competitors to provide context. I also like to ask open ended questions about company strengths and weaknesses, because often the language people use is very revealing.

The propensity of key stakeholders to act in ways to support the company’s strategic goals. This is the pay off. Corporate reputation is not about warm feelings. It is about relationships with stakeholders that, as public relations pioneer Arthur Page would say, give the company permission to do business. What kinds of behaviors are we talking about?

1. Customers and prospects buying our products/services and spreading positive word of mouth.
2. Investors buying and holding our stock
3. Journalists coming to us as a credible source of information
4. Host community residents supporting our presence and expansion
5. Legislators and regulators at all levels of government avoiding restrictions on our ability to do business
6. All stakeholders believing our side of the story in times of controversy

All this gets back to the issue of brand equity. Brand equity is about the marketing relationship with customers and prospects. The goal is to have them buy. Corporate reputation is about all stakeholders and the many, many ways they can behave to help the company achieve its goals.

It really is quite straightforward. Go forth and measure reputation. 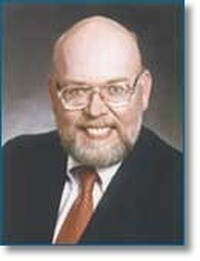