The Leader as Hero


In an extract from his recently published book New Strategies for Reputation Management, Andrew Griffin analyses what constitutes good and bad leadership at a time of crisis.

Leaders do not have to be villains. Leaders can be heroes too. Former New York City Mayor Rudolph Giuliani is, at the time of writing, running for president in the United States, in large part thanks to his perceived hero status after his leadership role in the immediate aftermath of the terror attacks on New York and Washington in September 2001.

In fact, the terror attacks that have happened in major cities around the world in recent years provide interesting comparisons in crisis leadership.

If you examine the attacks on New York, Madrid and London, you will see that the very similar terrorist incidents produced very different outcomes for political leaders. In the United States, whilst Giuliani emerged as a hero, President Bush did not come out of the 9/11 attacks as a good crisis leader (and also failed to display leadership qualities after the hurricanes of 2005).

It was expected that a forthright and bullish leader such as President Bush would immediately take the lead in this situation. To a certain extent, he did. With the President declaring his ‘war on terror’ on the evening of the attacks, his approval ratings soared and were recorded at 90 per cent shortly after the attacks.

And yet the President’s absence in the crucial early hours of the crisis (understandably, he had been whisked away to a safe location) meant that the media hero was created elsewhere. It was Giuliani, whose understated but solid leadership fitted the mood of the moment, who took the role of hero.

Giuliani was, until the attacks of 11 September, a fairly controversial figure with a colourful private life – not what you might consider presidential material. He was also a fairly powerless ‘lame duck’, coming to the end of his term of office. And yet, following the events of 11 September 2001, he was hailed not just as the Mayor of New York but as ‘America’s Mayor’.

Nobody emerged as a hero or trusted leader after the attacks in Madrid. The attacks at Atocha station in March 2004 led to the sitting government’s defeat at the polls a few days later, thanks to a bungled response, which involved a crisis management cardinal sin: speculating on the cause. The Spanish government said too much too soon and, when it was shown to have been wrong, its credibility was shattered.

Soon after the attacks, police officials informed the government that explosives often used by Basque separatist group ETA were found at the blast sites, which, along with other suspicious circumstances, led them to suspect ETA involvement almost immediately. Although there was no direct evidence pointing to ETA involvement, the group had been caught with a large amount of explosives some months previously, which looked like preparation for a big strike.

But, according to a report issued by The European Strategic Intelligence and Security Center (ESISC), the Spanish Intelligence Service had concluded that the attack was instigated by an Islamist terrorist group on the morning of the bombings. They had, however, been ordered by the government to deny the Islamist lead and insist that ETA was the only suspect.

The government went so far as to send messages to all Spanish embassies abroad ordering that they upheld the ETA version. President José María Aznar allegedly called a number of newspaper directors personally to ask for their support of this version. This did not prevent some of the smaller Spanish outlets running with the news that Al-Qaeda was behind the attacks, a theory that was given almost immediate credibility when a van used and abandoned by the bombers was recovered containing not only detonators but also Islamic audio tapes.

It is completely understandable why a government such as Aznar’s would feel pressured into finding the culprits behind such an act of evil immediately. After the Oklahoma City bomb, President Clinton was under huge pressure to lay the blame on Islamic terrorists. But his caution was justified, as it emerged that the bomber was a solitary white American.

It is politically understandable for a party that takes a hard line on ETA to want to lay the blame with this terror group. But the results spoke for themselves. Public opinion turned against the ruling Popular Party and the socialist opposition won a surprise victory at the following weekend’s elections.

British Prime Minister Tony Blair emerged from the July 2005 attacks on London’s transport infrastructure not as a hero, but as a statesman. At the time of the attacks, he was in Scotland for a G8 summit. On learning of the atrocities, he flew down to London to chair a meeting of the cabinet office crisis committee, COBRA, and then flew back to Scotland to carry on with the summit. The message was that he cared and was in control, but was not going to be distracted by terrorists. His actions and words matched the mood of the country, and helped prevent what many commentators thought might be a backlash against the Iraq war.

Branson does a Bishop

Branson’s leadership echoed that shown by Sir Michael Bishop in 1989, when the airline he ran faced a major crisis. British Midland, a UK-based airline that at the time was not a well-known brand, was perceived to have managed a plane crash in the East Midlands very well, in large part thanks to the leadership shown at the beginning of the crisis by Bishop.

On 8 January 1989, a British Midland Boeing 737 flying from Heathrow to Belfast crashed near the M1 motorway, killing 47 people and seriously injuring 10. The aircraft crash-landed short of East Midlands airport after engine malfunction.

Unlike previous aviation disasters, when media comment was left to anonymous company spokespeople, British Midland Chairperson Sir Michael Bishop offered himself openly for media enquiries. On his way to the scene of the accident, Bishop gave live radio and television interviews from his car phone. He gave these interviews when he had no knowledge about the cause of the accident or whether there had been casualties. He told of his concern and sympathy for the victims’ families and kept the media constantly updated about the inquiry. British Midland suffered no subsequent loss of traffic on the Heathrow–Belfast route and maintained its prior level of growth.

Bishop said of his handling of the crash: ‘I suppose it was a bit of a gamble, but I had given the matter of what to do if we had a crash a lot of thought over the years and it seemed to me the best way to tackle the crisis when it actually happened.’ He added that he had ‘probably set a new style for dealing with such crises’.

The Daily Telegraph described Bishop’s handling as ‘a classic lesson in how to handle a catastrophe’, adding that ‘a weaker man might have hidden behind the need for an official inquiry. Instead, Bishop displayed a masterful understanding of adversity leadership: sympathetic, transparent and helpful.’

Eighteen years later, on the evening of Friday 23 February 2007, a Virgin train travelling from London to Glasgow derailed and crashed at Grayrigg, near Kendal, Cumbria, killing one person and injuring five. The train was travelling at approximately 95 mph and was carrying about 120 people. Eight out of the nine carriages derailed and slid down an embankment.

Analyzing from the outside the crisis management overseen by Sir Richard Branson, there is little to criticize. At a press conference at the scene of the crash, he was visibly emotional and every comment he made seemed positive, complimentary and dignified. Sir Richard Branson even said that he ‘took his hat off’ to Network Rail (the company created by the government to manage the railway infrastructure) for being ‘dignified’ in accepting responsibility for the accident.

Branson had cut short a family holiday to attend the scene of the accident and visit the hospitals treating the injured. He hailed the train driver as a hero: ‘He’s carried on sitting in his carriage for nearly half a mile, running the train on the stone – he could have tried to get back and protect himself but he didn’t, and he’s ended up quite badly injured. He is definitely a hero. In the sober light of day we will have to see if he can be recognized as such.’ Branson also praised the design and robustness of the train, saying that an older train would have resulted in ‘horrendous’ injuries and mortalities.

On Monday 26 February, Network Rail announced that the suspected set of points were in fact the cause of the accident. One of the stretcher bars was not in position, two others were fractured and bolts were missing. It also confirmed that there was no evidence that the train was a contributing factor. Branson’s words had been backed up by the facts.

A closer analysis shows that Branson’s intervention was a high-risk strategy. First, he speculated about the cause of the crash, blaming the points before the official investigation was anywhere near being so concrete. Second, he broke ranks with other stakeholders by stepping over the media lines that Network Rail, the British Transport Police, the Rail Accident Investigation Board and others had agreed and upheld. Third, he made a hero out of one of his own people when others, such as the emergency services and a local farmer who pulled people out of the wreck, perhaps had a better claim to being the media hero (just how much control can a driver have over a train that has left the rails anyway?).

But Branson’s gamble (whether it was a conscious gamble or not) paid off. The media were kind to Virgin and its leader. The Independent newspaper questioned whether the rail industry was learning from its past mistakes, but praised Branson: ‘Sir Richard Branson still deserves credit for returning from his holiday early and visiting the scene of the accident, something that chief executives still too rarely do in such circumstances.’

During a PR conference, The Independent editor-in-chief Simon Kellner described Branson’s handling of the crisis as ‘genius PR’. He added that ‘Branson took the story away from being an institutional and public disaster and made it one about the heroism of the train driver.’ Branson’s response is likely to be remembered in crisis management best practice for as long as Bishop’s.

In crisis management, there is more focus than ever before on leadership. There is consequently more pressure than ever before on leaders. Branson, Giuliani and Bishop all demonstrated that leaders can emerge from crises with their reputations enhanced. But not all organizations will be so lucky as to have a natural crisis leader. For any organization that is taking its reputation seriously, investment in understanding and improving crisis leadership is time well spent. 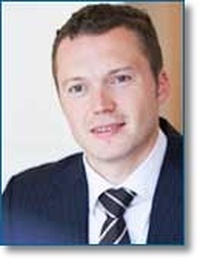