Too Few Companies Speak with One Voice


IR and PR should be more closely integrated than is generally the case, asserts Jutta Lorberg.

’Integrated communication’ has become a dictum in the industry. Time and again, companies and consultants affirm – both at internal and external levels – the importance of close cooperation between the communication disciplines.

Lengthy papers on the ‘one voice policy’ exist. However, many companies are still a long way off from this ideal state of affairs, and not only in Germany.

IR, PR and Marketing are pooled in one communication system in only around one-third of the German companies listed on the stock exchange. Communications departments from the various disciplines are still in competition with each other – who has better connections with the CEO, which messages are more important? Which department should have the better personnel and financial resources?

PR frequently loses out in these cases, partially because IR has per se the better basis for negotiations due to the requirements for obligatory disclosure; partially, however, because some PR colleagues display a remarkable ignorance of financial key performance indicators, have not set up their own performance measurement system for documenting successful work and are not able to demonstrate the significant influence of PR on sales figures, customer loyalty and the attractiveness of shares, either to the Executive Board or to their IR colleagues.

Conversely, it is equally interesting to observe that some IR managers are absolutely incapable of comprehending how product PR or even negative comments on social media platforms may influence their share price, and that communication based purely on facts and goals can trigger a massive PR disaster. One of the most prominent examples in Germany in the recent past was the Deutsche Bank, who at the beginning of 2005 announced in one stroke a record result for 2004, while cutting 6,400 jobs, in order to further increase profitability.

PR is still seen as a ‘soft’ communication discipline that costs money, which is why PR budgets frequently appear on the hit lists of economy measures at companies who pursue consolidation policies. IR, on the other hand, is seen as a communication discipline in which money is earned – be it through the raising of capital or the increase in the share price. The respective communications specialists have a corresponding standing in the companies themselves and in the public perception.

A few weeks ago in the IR hotline, an investor commented that as I surely had a degree in business studies, I would be extremely well informed. I replied that I had actually studied classic humanities and had a master’s degree in German, English and Journalism. I added that, after almost ten years of experience in product PR and corporate communications, I had acquired this IR expertise systematically in advanced training programs and through communication with colleagues, and that my work has been on an inter-disciplinary basis for some time. He responded somewhat tersely to the effect that it was a good job that I had managed to make something of myself in the end.

Companies would be well advised to employ professionals both in their PR as well as in their IR and Marketing departments. In particular, professionals who are thoroughly familiar with the each other’s field of activity and together – ideally under a single management – promote the ‘story’ behind the company, in other words, identify the core of the corporate identity and strategy.

Companies can only practice real corporate communications and actually speak with ‘one voice’ if IR, PR and Marketing are closely meshed. If the "story" is not consistent with the conveyed corporate identity in the various communication channels operated by the communications disciplines Marketing, PR and IR, it has a negative impact in all areas. Credibility and integrity are then called into question by all target groups. The company no longer speaks with ‘one voice’, instead the public sphere is filled with a cacophony of voices and messages that send a clear message to the last consumer, journalist, analyst and shareholder alike that there is something rotten in this company.

A divergence between postulated self-perception and actual (online) reputation becomes apparent to all the relevant stakeholders very quickly, particularly in this era of the Internet.

However, the realization that a clear separation of the communications disciplines is just as difficult to sustain as a separation of the target groups or communication channels is only slowly becoming accepted in companies. The boundaries are blurred – analysts chat to business journalists and exchange views, investors search in the comments of blogs and forums for indications of the success potential of a new product with consumers, shareholders read the specific trade press of a company listed on the stock exchange and comment in share forums or the online issue of the daily newspapers and business press. Employees comment in trade blogs or in social media platforms.

Companies thus need corporate communications professionals from all three special disciplines, working together in close collaboration with each other, who set up an open and honest dialog with these target groups as part of an integrated strategy, systematically channel feedback from the market from personal contacts, blogs, forums or social media platforms, process it, and reflect it as a back channel to the management and the responsible positions in the company. And who consistently communicate one story through various different channels and various different target groups – with different details and editing, and with different additional information if necessary, but with the same contents every time.

Close integration between PR and IR is therefore not ‘nice to have’, but becomes the crucial success factor for companies. Because the story is always one and the same. 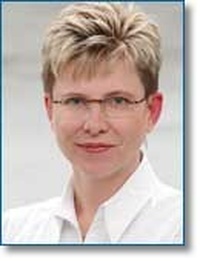