The United States is a Foreign Country, too


A lot has been said and written about the embarrassing blunders made by Americans as they grapple with different cultures around the world. But, writes Gary Wells, global businesses have made their fair share of humiliating mistakes in the U.S. too, and sh

Some years ago, a U.S. statesman was mediating a round of peace talks between Arab and Israeli counterparts. But the talks weren’t going well. In exasperation, the American statesman threw up his hands and said, "Can’t we all get along like good Christians?"

It might be good for a laugh now – the diplomat from Washington clearly did not think about the fact he was talking to Muslims and Jews – but it wasn’t funny at the time.

And of course such gaffes aren’t limited to governments. In every country around the world, people can tell stories about U.S. corporations that made big mistakes there. Those companies didn’t know the local culture, language or history and simply assumed they could operate everywhere else the way they did at home.

American parochialism, it seems, knows no bounds. Or boundaries. But keep in mind that we here in the United States have stories about foreign companies, too.

The fact is that increasing numbers of global companies based elsewhere are targeting the United States as a growth market. For example, some of the world’s largest alternative-energy companies, sensing the rising interest here in solar and wind energy, are moving to seize growth opportunities in the United States.

Global companies coming here need to be careful not to make the same mistakes – or even worse errors – that U.S. companies have made abroad. After all, the United States is a foreign country, too. And just because you may know a lot of Americans, that doesn’t mean you know America.

As is the case when doing business in any other country, there is much that global companies need to understand about the United States and factor into their marketing and communications programs. Here are six truths that can improve their chances of success in the United States.

1. It costs more. The marketing and communications budget in any other country is irrelevant. The simple fact is that it is going to cost a lot more here if you want communications to work for you. This often shocks foreign corporations, but it should not even come as a surprise. First, if the U.S. is important to you, it is also important to your global competitors and they will be here, too. And don’t forget for a minute that domestic competitors will do whatever it takes to protect their market as well. You have to be bold and creative to break through the inordinate clutter of marketing and communications messaging, to differentiate yourself from the others and reach potential customers. And that takes budgets. Second, the United States is an expensive place to do business, no matter where you are or what you do. Of course, it is because consumers and companies have so much money that you want to be in this market.

2. You need Facebook. It doesn’t matter what you’re trying to sell or whether you are business-to-consumer or business-to-business. You aren’t going to reach, much less persuade, U.S. audiences if you are not on Facebook, YouTube, Twitter and other social media. A bungling bank robber who got caught every time was once asked why he kept trying to rob banks. "Because that’s where the money is," he said. So if you want to reach people here, you’ve got to get into the social networks, because that’s where people talk to each other. Here is what I mean. If you want to sell anything to women, keep in mind they often make purchasing decisions based on word of mouth from other women. Unsurprisingly, women here look to blogs written by other women. The emergence of "Mommy Blogs" – which are just that, written by mothers, generally of babies, toddlers or small children – has created growing sales opportunities for companies that get good reviews by these bloggers. People believe other people who have similar or identical interests, more than they believe anyone else. And that explains the development of more and more online communities. More than any other factor, the rise of such ultra-specific demographic segments explains the popularity of social media here in the U.S.

3. New York and L.A. are not the USA. A friend of mine in Moscow once told me that there is Moscow, and then there is Russia. They are not, he said, the same. I’ve heard similar comments from friends in other nations, and the same holds true here. New York and Los Angeles are among the biggest cities in the world, and everybody has heard of them. But New York and L.A. are not the USA. In fact, across this country there often is considerable bias from and toward these big cities. Every communications professional here knows the story of a New York public relations professional who visited a client in Memphis and then wrote on a social network that he had no idea how people could live there. That did not exactly endear him to the client, one of the largest companies in the world. The truth is that how you transact business and how you conduct communications in these two cities on either coast is likely going to be much different than how you do so elsewhere in the 3,000 miles between them. When you leave New York or Los Angeles for the nation’s heartland, leave them entirely out of your business and communications strategies elsewhere.

4. This country is so big, it is small. Nothing really is close to anything else here. It’s a big country. Because it is so large, it is really a small country. There are a number of well-known regions such as New England or the Deep South. But even these regions are so large that within each one there are smaller areas where linguistic and cultural differences can be immense. I live in Ohio, about midway between New York and Chicago. If I drive two hours east, I’ll find that people in Pittsburgh, another sizable regional city, are very different. We may speak the same language, but we have much different idioms and expressions. So when you target individual regions of this country, or states or even cities, you need to devote time to understand how each is different, and how each views itself compared with all the others. Think about this. If American businessmen are expected to eat chicken feet when they attend a business banquet in China, what are Chinese businessmen – or those from any other part of the world – expected to eat at such dinners here? The banquet menu would be different in every single city across this country.

5. You – and the jobs you offer – are welcome. When economists, politicians and pundits talk about the economic crisis of the past two years, they say that this time it’s different. They’re right, but there have been subtle shifts that are positive for global companies that conduct business here, particularly those with manufacturing facilities in the United States. In the last downturn to rival this one, in the early 1980s, there was such xenophobia about jobs going overseas that one of the most popular automotive bumper stickers read "Hungry? Eat Your Imported Car." But this time it really is different. The unemployment rate here is about 10 percent but it would be as much as 3 to 5 percent higher if not for jobs at U.S. operations of global companies. That translates into tens of thousands of jobs for Americans, many of whom would otherwise be unemployed. And people here understand and appreciate that fact. This is an unusual and perhaps unique moment in time here when global companies can seize this goodwill through discrete community relations programs that focus on every stakeholder in their communities – politicians, universities, corporations, neighbors, everyone. Global companies, many of which have kept low profiles because of protests in the past, cannot afford to waste this opportunity to establish or enhance strong relationships in the communities where they have operations and employ people. There will not be another chance like this one. It really is different this time.

6. You still need to be prepared for problems. The Toyota crisis and how that company could or should have handled the matter is a discussion best left for another day with the benefit of greater hindsight. But the speed with which this crisis overtook and overwhelmed Toyota is both startling and frightening. The most immediate lesson is that when any corporation faces a crisis here, the company must respond immediately or it will lose control of the situation. That does not just mean lost sales, it also means possible lawsuits and investigations. It is axiomatic that the U.S. is a litigious nation. The trial bar exercises considerable power here and can use the legal system to their gain and to your loss. What global companies need to know about conducting business here is the importance of concomitant risk and crisis management strategies. For example, global companies have acquired existing manufacturing facilities here only to discover they became liable for environmental issues related to those facilities – even if there has been remediation of the facility and the surrounding soil or water. You need to have in place a risk management strategy for legal protection, and a crisis management strategy for reputation management. This is as important, perhaps more so, than any other component of your marketing and communications strategy in the United States. 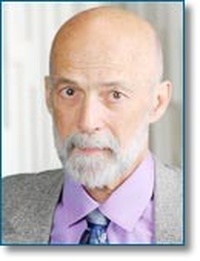 Gary Wells, a former journalist, is a senior managing director and member of the board of directors of Dix & Eaton, a U.S.-based communications boutique specializing in public relations, investor relations and customer communications.