The Story Behind Earth Hour


Only three short years ago, Earth Hour didn’t exist. By the time the 2009 event had finished, hundreds of millions of people in more than 4,000 towns and cities in 88 countries embraced the concept. Andrew Sedger reveals how this phenomenal feat occurred.

Earth Hour is an annual global initiative that encourages people and businesses in cities and towns around the world to switch off power at the same time for one hour.

"The idea was born out of frustration," says Andy Ridley, executive director of Earth Hour Global, WWF. "Around 2004, very serious climate change data started to emerge, but we couldn’t get any traction on the issue. So we started looking for a way to mainstream climate change, really simply and at a global level."

"Importantly, we wanted to start something that isn’t focused on people’s despair at the long-term climate change problems the human race is facing. We wanted something really positive," he adds.

To kickstart the project, a meeting was arranged between Andy’s team at WWF and the global advertising agency Leo Burnett, which had been working with WWF since 2002. The idea was to explore how an approach to reducing power consumption could capture the imagination of the masses.

"Everyone loved the idea. Leo’s was so positive they approached Fairfax’s group executive editor, Phil McLean, about supporting the concept. Phil loved the idea, which gave us the opportunity to present to the Fairfax board," says Andy.

"This all happened about three months before the release of Al Gore’s movie about climate change, An Inconvenient Truth. At the time, climate change wasn’t really on the public agenda, so we didn’t know whether the Fairfax board would laugh us out of the room; it was a big risk for Phil to support us," he says.

Fairfax agreed to get behind the concept, with The Sydney Morning Herald and the Sun-Herald running prominent campaigns for months before the first Earth Hour event. The eye-catching Earth Hour branding and marketing collateral that was developed by Leo Burnett was also central to the campaign’s success.

Around the same time, Sydney City Lord Mayor Clover Moore also indicated she would support the event and the first corporate sponsor, the professional services firm PricewaterhouseCoopers, also agreed to support the project. "PwC’s support was important because it’s a conservative and credible organisation, which gave the initiative some weight," says Andy.

Once the core Earth Hour team was formed, a strategy was developed to spread the Earth Hour concept around the world. The idea was to hold the first event in Sydney as a test, with the plan to go Australia- and then world-wide by 2008 and 2009 respectively.

"But the idea became much bigger and caught on much more quickly than we first thought. We went global in the second year, with 35 countries involved. In 2009, 88 countries took part, with the campaign rolling out in over 30 languages," says Andy.

That first year, Sydney made a really special effort to make Earth Hour a success. The famous Coca-Cola sign at Kings Cross was switched off for the first time since 1973. Coke even had someone sitting in the sign to make sure it went off properly. Many buildings also took Earth Hour as an opportunity to permanently change their lighting system so most lights are switched off at night.

Around the city, all sorts of groups and people became involved. One group did yoga by candlelight, Miss Vanessa did a drag show by torchlight; there was even a wedding by candlelight. 20,000 to 30,000 people were expected to take part. But in the end, 2.2 million people participated, or 56 percent of the Sydney population. The following year, 58 percent took part.

"One of the reasons Earth Hour has been so successful is because anyone can take part and it’s self-policing. We want it to be about hope not despair, and for the initiative to have a street party rather than a street protest feel," explains Andy.

Andy says the broad global support for the event has created a "visual mandate for governments to lead in the area of climate change. As individuals, we can only do so much; to really cut emissions, we need government policy."

"The beauty of Earth Hour is that it is really the first time the entire world has been able to vote on how they feel about climate change; anyone from kids upward can vote with their light switch on Earth Hour day. It really shows the community wants action on climate change," he says.

In 2008, only the second year in Earth Hour’s history, 50 to 100 million people around the world switched off their lights for one hour, the biggest voluntary power down in history. More than 370 cities, towns and municipalities took part in more than 35 countries across seven continents, including Antarctica, across more than 18 different time zones.

A team of 9 full time staff co-ordinates Earth Hour globally, backed by a small team of secondees and volunteers. There are also individual teams in the various countries that participate, with more than one team in some countries. WWF leads most of these teams, although other environmental organisations are also involved.

At the moment, the global team is concentrating on this year’s historic Copenhagen Climate Summit in December, which will replace the existing Kyoto protocol on climate change.

"We recently announced that the City of Copenhagen will play host to a single-city Earth Hour on 16 December at 7.00pm to focus attention on the overwhelming support for effective climate action demonstrated by hundreds of millions of people during this year’s Earth Hour," says Andy.

The Earth Hour team has also launched a world first social mapping platform aimed at further illustrating this global mandate. The new ‘Show Your Vote’ platform enables supporters to show their Vote for Earth (over global warming) online by pinpointing their location on a Google Map and uploading text, images and video about why they are voting.

"It’s a great example of using technology to allow companies, community groups and ordinary citizens to influence the outcome of the most important decision human society has ever faced," says Andy.

"The platform provides a unified global voice around the need to act at Copenhagen. I hope it’s also an opportunity for people to reflect on the fact the future is in our hands," he says.

‘Show Your Vote’ can be found at www.earthhour.org 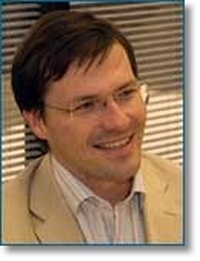