The Countdown to COP15


The forthcoming climate change conference in Denmark promises to be a tense affair as participants try to balance the exigencies of economic growth with the environmental need to cut carbon emissions. By Paul Taaffe.

On December 7, political leaders and top government officials from 192 countries will come together at the COP15 United Nations Climate Change Conference in Copenhagen to tackle the daunting task of reducing the world’s CO2 emissions. The aim is to agree on a framework to combat climate change, replacing the Kyoto Protocol that expires in 2012.

Europe has consistently taken the lead on environmental issues, but the talks in Copenhagen suggest more active participation by the USA and by new powerhouses of China, Brazil, and India, which now recognize the need for coordinated action and are ready to join the dialogue. The decisions made will have an enormous impact on the global business community, who perhaps for the first time on what is essentially a UN and scientific conference, will be there in droves, some advocating solutions and some slowing the process down.

While the way companies communicate around the new environmental reality is already a competitive issue, Copenhagen will act a massive accelerator. From changing domestic legislation, to raising the cost of energy, introducing new production processes and changing competitive dynamics, the policies agreed at this summit will have a direct impact on how businesses operate, and the impact of these will differ depending on the industry and country from which they operate. Raising the awareness levels of consumers and voters is one major objective for the UN, for many national governments, and for the many NGOs who will attend.

Two key factors that are anticipated to influence the discourse are the position of the US administration and the global economic crisis. One of Obama’s top domestic priorities when entering the White House was to combat climate change. However, his proposed cap-and-trade bill, a scheme where firms that produce less carbon trade their permits to firms that need to produce more than their allotted quota, narrowly scraped through the House in June with a majority of just seven. It is expected to receive a far harder hearing in the Senate where many representatives from States that rely on coal-mining or heavy, energy-intensive industries, are already showing opposition.

Coal also will be a sore spot for China and Germany, who are major coal burners, and will look to defer their transition. Public transport infrastructure also will be high on the agenda for the US given stimulus funds and the recent commitment of government to pilot high speed trains following in the footsteps of Japan, Europe and China.

The realities of the global economic crisis and the high costs for implementing greener technologies threaten to undermine the Copenhagen agenda. All emerging economies will refuse any climate deal if it threatens their economic growth. A recent UN report says that developing countries will need an estimated $500 billion a year to grow without contributing heavily to climate change. Will developed countries agree to foot the bill?

Previous emission reduction pledges of Kyoto signatories have failed due to feasibility challenges and shorter-term financial concerns – and that was during economic stability and growth. The pressure to simultaneously address climate change and the pressure to keep national economies moving have typically pushed business and governments in opposite directions.

The tension at the heart of making the new emission targets possible is the two speed reduction process that compels the developed countries to reach their targets, not by 2050 but by 2020 in order to give the developing countries more time. One would assume in the midst of a recession that businesses based out of the developing world would be hostile but this, if the case, is still more a whisper than a cry. Indeed, the World Business Summit on Climate Change has offered that economic recovery and environmental sustainability are not mutually exclusive.

The year 2010 will therefore see a fundamental shift in the way responsible companies will need to behave, and be seen to behave. The companies that will come out on top will be those that actively follow the evolving dialogue on climate change and respond with innovation and flexibility.

Each company will need to take a close look at its current strategy, and determine where, when and how it makes sense to introduce or expand environmental sustainability programs, partnerships, policies and processes into its operations. And they will need to take a fresh look at all aspects of their communication – internal, customer, government and Wall St – to see where the new competitive edge lies, but the communication agenda is already clear. 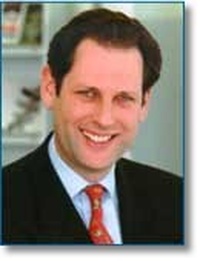