The Nordic region is often lumped together as one uniform mass. But, cautions Harald Bråthen, there are many disparities as well as similarities between its countries.

Many newspaper headlines focus on the opportunities in China or Eastern Europe but from a communications perspective, Northern Europe remains an interesting challenge for many companies looking to consolidate their communications. Many companies are trying to develop Nordic networks to act as one-stop shops that represent all Nordic countries. So far, no company has succeeded in making this work. Why is it a challenge to make the Nordic approach work?

At times, co-operation can be difficult. There are many similarities but also significant differences between the countries. While Finland, Sweden and Denmark are members of the EU, Norway is not. Finland has replaced the Finnish mark with the Euro; however, Sweden, Denmark and Norway still cling to their krone. The last three countries are also monarchies, and understand each others’ languages while the Republic of Finland has its own unique language. English is the best language to use when all four nationalities have shared discussions.

In addition for PR agencies, the Nordic region is often overlooked. An impressive list of companies have their roots in the area including Carlsberg, Maersk, Nokia and Ericsson to name a few.

A brief journey into the Nordic region...

Long, light summers nights and even longer dark, winter nights leave the Finns plenty of time to read. The Finns claim they are the nation that reads the most newspapers in Europe, and the inhabitants of Nokia-land are also early adopters of new technology. The media are much appreciated in Finland, and play a significant role in shaping public opinion and corporate reputation.

The Finnish companies continue to leverage PR as an effective resource. Successful PR in Finland requires a skilled approach. The journalists remain objective, always professional and boast extensive knowledge about their specialities. The most successful way to pitch the media is to present solid expert work that also includes a thorough understanding of the media’s own objectives, particularly their targeted audience. Naturally, a deep understanding of the client and its products and services are always key starting points.

The PR industry in Denmark is experiencing positive PR growth. More accounts, more employees and increasing hourly rates summarise business in 2006. According to a recent analysis of market data by the business association BPRV, the party is continuing in 2007.

Trends indicate a growth in both marketing communications and strategic counselling. The growth is not just due to a long period of favourable market conditions, but also to the fact that the management of public and private companies have become more aware of the importance of internal and external communications.

As with many countries, Danish media relations are driven by personal relationships with the media. However an interesting development which increases the opportunities for PR professionals but also promotes fierce competition amongst the media is the growth in free newspapers.

The public relations agency market in Sweden has more than 300 PR agencies and about 2,000 consultants. With a 15 per cent sales increase last year compared to 2005 and the yearly turnover of USD 252 million, PR is growing rapidly in Sweden.

This isn’t surprising when you look at the wealth of media outlets. Sweden has more than 15,000 active journalists, 16,000 magazines and periodicals, seven national newspapers, 120 regional newspapers and around 270 radio stations!

When the Russians said "Njet!" to Statoil and Norsk Hydro participating in the development of the Arctic Sthokman oil and gas field, the two companies decided to merge and create a stronger financial and technological platform. The focus is on investments and profit opportunities worth billions of US dollars, but the major question in the discussions regarding the merger has been the choice of name. What shall we call the baby?

Branding experts have talked about the high costs needed for this specific re-branding. This includes not only the purely technical costs of replacing everything from stationery to the logos on petrol stations and petrol pumps, but also the possible loss of reputation – and the cost of building a reputation for the merged company.

Reputation management requires an investment of time and money to build and can be easily lost without proper planning and commitment. That is exactly what happened to the head of the Norwegian Confederation of Trade Unions, which has 800,000 members – 20% of the population of Norway, and more than half of the employable part of the population. She was called Norway’s most powerful woman at the end of 2006. On 9 March 2007, she resigned in disgrace from her position after being accused of having harassed and bullied her female international secretary.

Once again, Norway’s PR professionals have been quick to identify what she should have done and said to resolve the situation with her honour and job intact. At least the trade union boss did not lack advisors.

It is clear that Nordic companies are recognising the need to invest in managing their reputations. Meanwhile, with almost 25 million wealthy and technology-focused early adopters there is also a healthy consumer market. The challenge is how to communicate to such disparate audiences but for PR professionals the opportunities are there and it is a welcome challenge to have! 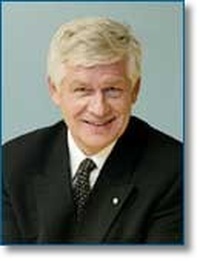