The public affairs business in Germany has not only developed to an extraordinary extent, it has also dramatically changed over the last two decades. Agencies with highly qualified experts on the crucial areas of economy and politics have taken the place of individual lobbyists with a sometimes dubious reputation and even more dubious methods.

Personal relationships have been replaced by arguments, concepts and efforts to fight for solutions that consider not only private interests but the whole issue. While in the past, only trade associations were accepted as organs representing the concerns of the different industrial sectors, today public affairs agencies are invited regularly to parliamentary hearings, briefings and informal background discussions.

Not infrequently, the quality of the work of the agencies is emphasized: One would wish the associations to be arguing that substantially, to work that pragmatically, a high-ranking minister said just lately. This was after he had been presented a concept by an agency offering a compromise in an affair that had been stuck for months.

The public affairs agencies display a new vitality and their new role shows the growing influence of an old industry. The political world is changing on all levels, the national as well as the European and the global.

This development of a new era will be emphasized by six theses and a conclusion. More than ever economic success, social peace and national identity within the European community are directly linked to a public dialogue and a political process that has become more complex but is also offering new opportunities in which to take an active role. What in effect implies a new and advanced importance of the public affairs industry.

1. Berlin stands for a new national and political self-confidence

The appointment of Berlin as new German capital, and the relocation of the Bundestag and most of the ministries from Bonn to Berlin have not only created a new political center, but also a new kind of national consciousness. Bonn was in the countryside and – be it justified or not – stood for the stereotype of German pen-pushers, the clubs of old men, and back-room politics.

Berlin is a place that carries, like no other, the stigma of German history, and, at the same time, represents the fascinating optimism of the German reunification. A cultural metropolis and a European melting pot. One had to go to Bonn, but one wants to go to Berlin. This spirit not only influences the social atmosphere, it also increasingly changes the political way of thinking and acting. The Republic of Bonn was a regular’s table. The Berlin Republic is a territory open to debate.

2. Europe is a vision, Brussels is reality

Never before has German policy made the implementation of a European federation a priority that was that high and sincere as under Helmut Kohl and now under Angela Merkel. (Gerhard Schröder, to say the truth, didn’t show much interest in a strong and united Europe).

But never before has the scepticism of German citizens been greater, never before were the objections on the part of the national economy, that had to be overcome, that high. According to the most important industrial associations, the mania for regulation of the European Commission is a significant reason for the misery of the German economy. Especially small and medium-sized businesses, the mainstay of the German economy, are under enormous pressure. Projects of the EU, like REACH, the Health Claims Regulation or the introduction of the trading of emission certificates have led to difficulties here.

The importance of industrial and economic associations is not being questioned. But at stake is the question of whether associations are really prepared and flexible enough to face the changed situation and the ever more complex challenges – at the level of the EU as well as the challenges of a globalized market – the way they could 20 or 10 years ago. Political opinion making in an association takes time and is usually influenced by the authority of the major contributors.

In this context, it occurs to at least be difficult to take individual ideas and efforts into account, especially with regard to the ever more complex political situation. Not to speak of the difficulty of being able to give every member with their different demands and perspectives a precise up-to-the-minute update on the important political developments, at the national as well as the European level, in a way that is considering the different interests of the members adequately.

“Public affairs” is a big word that raises high expectations and is therefore a widely used label. To German ears, the expression sounds nobler than “lobbying”, a term that, after the scandals of recent years, still carries a negative connotation. If one takes for granted that the term public affairs largely stands for the representation and placement of the interests of the stakeholders within politics, economy, and society, and not for only making political messages accessible to a broad audience via communication (Public Education/Public Campaigning), a curious conclusion can be drawn looking at Germany: There are not that many “real” public affairs agencies yet.

In effect, the majority of the agencies only use the label to do nothing else than conducting (sometimes admittedly clever) communication campaigns or organizing large keynote conferences and get-togethers with canapés. But often enough this has nothing to do with participating in the creation of political debates or even of bills.

The self-confidence of the “real” public affairs agencies in Germany is not unjustified. No major EU regulation, no important national law of the last years could have been created without their influence. Public affairs have become a political factor. That is why they urgently need – besides ethical standards – a definite self-conception. A self-conception that will give the work of the agencies a comprehensive profile without diminishing the contributions of others to the political debate. While one or the other public affairs strategy will use Public Education or Public Campaigning, this does not mean that every public campaign is the same thing as “public affairs”.

6. Germany 2015: Public affairs agencies will have the same standing as associations

A new path is being taken. The reputation of the public affairs industry is growing every day. Accordingly, the distribution of mandates is rising, as well as the demands for support by the economy. The associations could be at a disadvantage of this development and might even be drawing the short straw – if they would see the changed situation as competition and not as challenge. The landscape of the representation of political interests will go on changing, will become even more complex, will demand even greater know-how, deeper and more differentiated background, faster and more pragmatic tools of lobbying support.

Conclusion: Public affairs has become a core element of the German economy

It’s all about competition. It’s all about globalization on the one hand, EU-regulation on the other hand. Who wants to be successful does need to understand economic processes as well as political developments. Public affairs agencies in Germany over the last decade have shown their intellectual, political and strategic impact and their high value for any branch, any type of company, for legislation as well as for executive authorities.

Public affairs agencies in Germany are no longer seen as strangers in the landscape of lobbyism but have become highly welcome stakeholders, partly even thought leaders and drivers of the debates. The future is definitely on their side. But with this chance comes obligation. 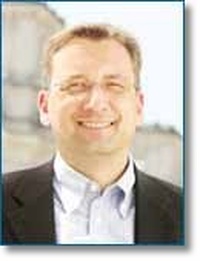