Dale Fishburn, one of the original co-founders of Fishburn Hedges, reflects on some of the communications lessons that could be learned from past economic downturns.

Memory span is all. Until the First Oil Shock in the UK in 1973, we weren’t used to cycles. A whole generation could only recall continuous progress. Then the oil ran out, or so we thought; which meant, surely, that the new and terrifying downward slopes should be projected straight through the floor. House prices collapsed. No one even inspected properties where you couldn’t touch all the walls at the same time – otherwise, how would your new wood-burning stove be able to cope?

Communications came to a stop. It was the easiest tap to turn off. The sensible thing to do. Advertising budgets were cut, agency staff fired.

But then the laws of Supply and Demand reasserted themselves. The Economist magazine was much mocked for pointing out that increased oil prices would provoke new supplies, which they duly did. The graphs swung up again and, according to the new wisdom, those who had slashed in haste rued at leisure. Momentum lost then was not easily regained. This was true not only for brands but also for the agency sector itself.

By the time the next serious downturn arrived in the early 1990s, UK advertising agency Abbott Mead Vickers (AMV) had drawn the conclusion. Bravely, it announced to the City that earnings would suffer as, although demand was undoubtedly down, nonetheless, it planned to retain its staff.

To its astonishment, the share price rose. Not all parts of the Perfect Market, it seemed, were resolutely short term. In the event, this confidence was well placed. A significant element in the agency’s subsequent run to the pinnacle of its industry was based on the stubborn fact that AMV was the one major advertising agency with the spare capacity to win new business and cope with the increased volumes.

What does this mean for communicators in 2008 as the threat of recession echoes around the world? Firstly, and perhaps perversely, it probably means: don’t be blinded by the recollection of last time around.

This dip could well be more prolonged than its predecessor. After all, the party the night before was more exuberant. Some of the flotsam of our commercial life may not bob up again for a while. Advertising budgets, for instance, which were already being hammered by the new marketing techniques unleashed by the internet and search, are unlikely to be restored to their former shape.

On the other hand, some of the new thinking will undoubtedly retain its force. Organisations, like people, display their characters in adversity. The Americans, as ever, have a good phrase for it: ‘political nakedness’. The first words that Ronald Reagan found after he’d been shot couldn’t possibly have been rehearsed. It was the genial man himself.

One of the great themes of recent years has been the significance which consumers place on the behaviour of the organisations which supply them. How these act now will be revealing and will be recalled.

On the clients’ side, this is partly a matter of staying true to core values. Some will fail to do so. And all the world will see which postures were simply adopted as fashionable fig leaves.

If recent steps towards greater transparency, improved governance, more ecological responsibility, better internal communication and the other corporate virtues are now submerged or even abandoned, it may well prove seriously damaging for the organisations concerned. By contrast, those that actually meant it are likely to reap the benefit.

From the agency perspective, too, it is important to retain nerve. Change is good for communicators. It’s all too tempting to cut the cloth to suit the reduced customer immediately in front of you. But skilled communications people will always be the industry’s key scarce resource. And the market will always beat a path to their door. It may be a different client, or an existing one seeking new things – but only experienced, team-playing, bedded-in consultants who know how to draw on each other’s expertise will be able to deliver.

These people cannot be hired in at short notice, ready armed. Staff retention should therefore be the watchword. Along with vigorous new thinking on the demands of the changed marketplace and equally vigorous action to seek it out.

What are likely to be the fresh themes? This is the purest speculation. New forms of voluntarism, drawing on employees and customers alike? Corporate social networking – for instance, a new level of perhaps web-based care over alumni? Concentrated thinking about how to get at the data and then best to display the truly revealing trends affecting a business (all too often full of the stodge which substitutes for original thought)?

I really don’t know. But I would be astonished to find that when the good times return the winners aren’t people and organisations that have had the imagination and the confidence to go forwards, to open up new ideas and then to find out how best to express them. 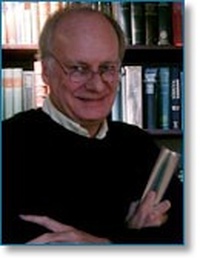 Dale Fishburn was one of the original co-founders of Fishburn Hedges. He is now retired.