Shooting From the Hip in a Volcanic Land


The growing impact of Icelandic firms on the international stage is among the reasons for a rise in demand for ‘cultivated’ PR services in their homeland, writes Guðjón H Pálsson.

The business of public relations is a relatively new business in Iceland. As such, it can be claimed that it is a rather immature business compared to public relations as a business sector in other developed countries. Therefore, it is our view at GCI Iceland that the Icelandic PR market possesses vast possibilities for PR firms that apply the methodological approach. Until recently, the Icelandic PR style had been more of a ‘shoot-from-the-hip’ approach, but as the exposure of Icelandic companies to international markets has increased dramatically over the past years the demand for more cultivated PR has risen.

In a way the economic situation in Iceland today is not dissimilar to that of Europe at the end of World War II. When Iceland became part of the EEA on 1 January 1994, several economic restrictions and trade barriers were lifted, and the Icelandic economy started developing in a more ‘normal’ fashion.

The symptoms of an adolescence economy are evident; in recent years the economy has been booming so rapidly that all measures to contain growth have made almost no impact. Foreign analysts have warned about this development, but it is easier said than done to turn about the growth process. Granted, the economy has suffered from growing pains but the overall trend is still upwards, and Icelandic companies are starting to make an impact on international markets. This is especially true for financial and high-tech markets.

Given the rising demand and economic environment described above, it is our firm belief that the growth potential for cultivated PR firms in the Icelandic market is immense. The equation contains further variables that support this belief.

One of those variables is the fact that a large amount of PR work in Iceland is done from within companies whose core business is in some entirely different field. It is not certain how large a part of Icelandic companies do their own PR but at GCI Iceland our estimate is that it is at least 50%. The question at hand is: Why is such a large part of PR work done in-house?

Two obvious reasons come to mind. Either, (1) people believe that they can handle PR themselves or, (2) they don’t realize the importance of PR. Our experience tells us that usually, companies do not realize the need for PR until it is too late and the crisis is on their hands. Ergo, the conclusion must be that both of the above mentioned reasons support the initial claim that the business of public relations in Iceland is immature.

One of the big tasks of the next years for actors in the Icelandic PR market should therefore be to help companies realize that there is a pay-off linked with concentrating on their core business and let specialists handle their public relations. After all, it has been proven logically that good PR in marketing is a value adding activity.

It is clear, from our point of view, that the ‘shoot-from-the-hip’ approach to public relations is not a viable method in the long-run for Icelandic businesses. GCI Iceland is an avid advocate of the methodological approach and our policy is not to enter projects that have a limited life span. Our mantra is that a successful PR strategy is a long-term marriage and one-night stands – so to speak – are not desirable. Follow-up and follow through are two of the most emphasized terms in our vocabulary; unless those two terms are applicable it is next to impossible to build a methodological PR strategy.

GCI Iceland is a Reputation Management Consulting company that applies interdisciplinary methods to analyse which type of messaging each client needs in any given situation. We are proud to say that GCI Iceland is the first Icelandic communications company that systematically applies the method of Integrated Communications (IC).

IC is a cross-functional approach that unites and expands the traditional marketing disciplines: brand management, public relations, public affairs, direct marketing, sales promotion and interactive services (e-communications etc). By using the Integrated Communications approach, firms can create profitable relationships with customer, publics, employees and other stakeholders - by strategically controlling all messages aimed at these groups and encouraging purposeful dialogue with each of them.

As Communications Architects, our emphasis on Integrated Communications makes GCI Iceland an one-stop-shop for marketing and public relations, something that we feel will benefit every client in the long run – and as previously stated, this should be a long-term affair.

One of our biggest clients is Brimborg, Iceland’s 3rd largest car-importer. Since inception, it has applied the IC approach, and furthermore GCI and Brimborg have applied a marketing method that is rather unconventional in the Icelandic market. Instead of emphasizing on a few massive campaign’s a year, as is the norm in Iceland, the approach has been to keep a steady but rather low-profile stimulus.

At least one ad per day has been the key to success in the case of Brimborg. They have increased their turnover by more than 300% in three years and they are now challenging the largest firms in this category. Brimborg is a multi-branded firm that imports Volvo, Ford, Mazda and Citroën, amongst other brands. In our view one of the reasons for their recent success is the emphasis they have placed on corporate-branding in lieu of product-branding. Experience has shown us that, in Iceland, people choose companies over brands and therefore this is the logical approach. Another reason is that the different segments within the company interact and co-operate without any friction whatsoever.

Iceland is a young country in every sense of the words. The land itself is young in the geological sense and the nation is among the youngest in Europe. Iceland was settled in 874 A.D. and the harsh circumstances on this island in the North Atlantic have created a nation of entrepreneurs.

Having to deal with extreme weather conditions and volcanic activity, amongst other things, Icelanders have learned to seize the day because no one can tell what fate tomorrow has in store. Having this in mind, perhaps it should not be such a conundrum that the ‘shoot-from-the-hip’ style has been applied in public relations but as mentioned before this is not the long-run strategy that should be used.

New signal channels are being developed every day, making tactical planning increasingly difficult. Therefore, GCI Iceland applies all possible signal channels, not only the traditional ones. This is one of the reasons why we work very closely with MediaCom Iceland, the Grey media company. In fact, the co-operation is so close that GCI staff and MediaCom staff have adjacent desks. This close co-operation is in our view a highly important factor in being a pioneer in a high-speed market. The easy access to each other allows us to develop signal channels, media planning, etc. to benefit our clients, making GCI Iceland the cutting-edge PR firm in Iceland.

During the last three years, GCI Iceland has been a success. The turnover is higher than initially expected and the workload increases each day. In our view this confirms that there is rising demand for methodological PR work and globalized thinking. However, no one should make the mistake of believing that entry on the Icelandic PR market is easy. The market is extremely small in the global perspective and competition is fierce. 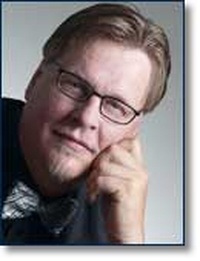 Guðjón H Pálsson is the Chief Executive Officer of GCI Iceland. He is also the President of the Public Relations Society of Iceland.