Disease awareness programs have come under attack from several prominent physicians. Karen Reina offers advice on how to ensure the ongoing effectiveness of such initiatives.

Programs designed to raise public awareness of rare or underdiagnosed diseases have increasingly come under attack, decried as "disease mongering".

The "danger" of such educational campaigns was the topic of a recent international conference in Australia. The panel of physicians spent two days pointing accusatory fingers at several public relations campaigns as examples of disease mongering: inventing diseases for medicines to treat. Speakers contended that we all should, and would, happily suffer uncomfortable symptoms of conditions such as menopause, irritable bowel syndrome and osteoporosis, were it not for the ill-gained knowledge that effective treatments are available.

The panel also argued that pharmaceutical companies are not alone in trying to make people aware they might be sick – government organisations, journalists, health care professionals and patient groups, were cited as co-conspirators using public relations campaigns to encourage people to recognize their symptoms and seek medical advice.

Disease awareness communications campaigns are expensive, and most groups, particularly those supporting a little-known disease, need financial assistance from other organizations to ensure that their message can be delivered. A natural partner can be a pharmaceutical company that shares the group’s interest in raising awareness of a disease. Contrary to recent skepticism, public relations campaigns are commonly used not to invent a disease, but to help patients recognise their symptoms so they seek medical advice.

The most effective and worthwhile disease awareness campaigns:

• Facilitate early detection. For instance, the significant improvement in breast cancer survival has been attributed largely to early detection, brought about primarily by just such educational outreach programs.
• Encourage people to ask their health care professional about chronic conditions to which they may have long ago resigned themselves.
• De-stigmatise conditions perceived as personal or "shameful" to help people overcome their reluctance to discuss their feelings with a healthcare professional.
• Raise funds for research. An effective PR campaign can present the impact a disease can make in a way that emotionally moves even those not affected, and may prompt donations.
• Validate conditions such as depression, social phobia and restless leg syndrome – disorders viewed by some as part of life’s trials that must simply be accepted.

Generating coverage by well-respected professional and lay publications such as The British Medical Journal and BusinessWeek Online, the "disease mongering" name-calling crusade threatens the effectiveness of all disease awareness campaigns.

Patient organisations may feel compelled to forego industry funding for the sake of "appearances". Patients may feel they cannot trust information from organisations whose only purpose is to help them. Even worse, people with symptoms they know are very real may languish, suffering needlessly without seeking medical advice.

It is therefore important to re-examine how such campaigns can be developed to ensure that they both serve the patient’s interest and maintain the public’s trust.

What Can Be Accomplished

Two programs that we at Ruder Finn (RF) are particularly proud of may serve as examples of what disease awareness campaigns can accomplish.

To help overcome the lingering stigma surrounding HIV and AIDS, we developed the One Vision European Photographic Competition campaign on behalf of Bristol-Myers Squibb, in partnership with the National AIDS Trust (NAT) and UK Coalition (UKC). With traveling exhibits of photographic entries of people with AIDS leading vital lives, our campaign was designed to cast a positive light of hope on the disease.

The involvement of global iconoclastic performer Sir Elton John in the campaign served to boost related fundraising initiatives benefiting NAT, UKC and several other HIV advocacy groups. Through One Vision, BMS considered its objective met by allowing the company to strengthen its relationships with key third-party patient groups, working in partnership to turn common goals into action benefiting those who care about or live with HIV.

Another RF campaign designed to de-stigmatise irritable bowel syndrome (IBS), revealed a lack of understanding among the family and friends of people with the condition – not unlike that voiced by critics accusing the pharmaceutical industry of having manufactured the disease. The landmark survey of 40,000 people with IBS from eight European countries was conducted on behalf of Novartis Pharma AG, marketers of a treatment for IBS-C, Zelnorm. (Zelnorm is licensed in 52 countries not including the European Union).

Results showed that almost one-half of all sufferers had resigned themselves to living with the condition, having no effective treatments or advocates for their plight. Published as a report of the impact of IBS in Europe, the survey findings were interpreted within the context of existing published research.

In order to cascade the information to the widest array of stakeholders possible, the report was provided to patient groups for distribution to patients and healthcare professionals. The campaign generated news coverage throughout Europe and reached 18 million readers.

An Internet component brought the information directly to the most common IBS sufferers, women, with a targeted, interactive web site offering questionnaires for women to use to raise the subject of IBS with their physicians. Patient groups reported that the campaign helped to de-stigmatise IBS and facilitate meaningful dialogue between physicians and patients.

• Maintain absolute objectivity. No bias should be given towards a particular treatment, and appropriate non-pharmacologic lifestyle changes should be recommended as part of a comprehensive treatment approach.
• Uphold appropriate distance between the pharmaceutical company and the campaign. Patient groups should have an ethical code/rules of engagement defining their terms for the relationship. It is particularly important that the group maintain editorial control over all campaign materials. Patient groups are less vulnerable to criticism if they have multi-funding for a campaign, e.g. more than one company or another non-industry organisation.
• Disclose that the campaign is funded by an educational grant from the sponsor. The actual amount of funding would need to be disclosed if requested.
• Enlist an independent, reputable research company if the campaign is to include a survey to help highlight the problem. The survey should be randomised and large enough to yield statistically significant results.
• Let impartial spokespeople, such as the executive director of the patient group or patients themselves, tell the story. To provide objective medical perspective, avoid involving physicians who were involved in developing the drug marketed by the sponsor.

Those in our industry who are involved in healthcare public relations share a responsibility to maintain the integrity of disease awareness campaigns. Patients need to feel comfortable sharing their symptoms with their doctors. They need to be diagnosed early, when their odds for recovery are optimal. They need to know there is hope for relief of their suffering. When disease awareness campaigns are designed to meet these needs, corporate goals are achieved not at the expense of, but in the service of, public interest. 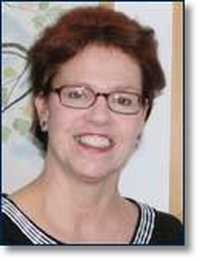