Pull Down the Ivory Towers


Rita Marie Devin is critical of the standard of writing in much academic research. Greater clarity and reader empathy is required, she argues.

However, academic research articles are problematic: They generally suffer from low accessibility and even lower utility. Because they are difficult to read, they are even more difficult to apply to the real world.

Ivory tower culture is notorious for being elitist, insular and uninvolved with the real world. Professors are routinely accused of "having gotten lost in the mazes of their minds" and the introverted "absent minded professor" is an apt caricature of those who think very deeply but have difficulty functioning in everyday life. It is no surprise, then, that academic writing has evolved into a jargon-ridden, secret language with which even those with letters behind their names struggle.

Academics intent on sustaining the air of superiority that such ‘mystery’ engenders have no motivation to write well – that is, in such a way that someone who does not know the subject will still be able to understand. It is almost as if writing simply and clearly is considered to be slumming. Of course, such transparency could be dangerous: It reveals very quickly that there is no substitute for substance.

While some academics write in such a way as to deliberately confuse, there are others who cannot help themselves. Standards of performance are dropping rapidly at universities. Consequently, many graduates never achieve the level of proficiency necessary for communicating effectively in writing. Yet, some are still admitted to post-graduate programs.

I have been teaching university students since 1990 and over the years, I have noticed a significant decline in the quality of their written work. From my experience, native speakers of English who can barely string two sentences together coherently have become the majority. And, in discussions with my colleagues, I have learned that my experience is not unique.

Recently, I was asked by a PhD Candidate to proof-read his dissertation. After spending two-and-one-half hours on the first seven pages, I gave up. It was neither a proof-reading job, nor even an editing job. It was, actually, nothing short of a writing job and upon that determination, I refused to proceed (for ethical reasons).

In fact, the same thing had happened when I was asked to proof-read a major paper for a teaching assistant of mine, another PhD Candidate. Notwithstanding lack of merit, these victims of the public education system will no doubt get their Doctorates – the license to produce ‘academic writing.’

As I concluded in the context of our online discussion: Both of these types of writing, the deliberately confusing and that of the confused, are what is typically found in academic research articles. It is bad writing that has given academic writing a bad name.

And allowing bad writing to prevail is, to my mind, indisputable evidence of the fact that universities have lost sight of their purpose. This would often lead a favourite professor of mine to challenge: "Why should they pay us for our ideas?" Indeed.

In my opinion, if it cannot be used to enhance our functioning, knowledge is not worth very much – and it certainly cannot be used very easily if it is communicated poorly.

I learned to write for my mother. She came to Canada (from Malta) as a child and barely secured a grade ten education. I have never once seen her read a book or even a magazine, but I did see her corresponding with family back home – and her writing was as clear as crystal. While her sentences are not complex and her vocabulary is not extensive, her grammar is correct and she gets to the point.

My mother writes well because she always thinks of others – and readers are others. From her, I learned that it is the responsibility of the writer to secure the comprehension of the reader. The reader should never be expected to be a ‘mind-reader.’

A Good Dose of Empathy

My mother’s talent for writing is, ultimately, an extension of her empathy. And a bit more of that would get everyone, public relations practitioners, as well as academics, much further along – and not only as writers.

In public relations, we depend upon academics to develop a consistent body of theory to legitimize the discipline and inform our standards of practice. But more importantly, we rely on their work as a means to an end. We need valid and reliable research on which to base our communication plans. It is therefore vital to us, as practical users of it, that this knowledge be accessible – that is, clearly and coherently written. And on this point, I do not think that we are asking too much. 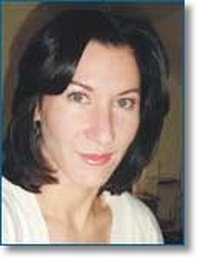