Professional But Never a Profession


There are a number of insurmountable hurdles in the way of public relations becoming a profession like law and accountancy, argues Trevor Morris.

Public Relations has a bit of a chip on its shoulder. Despite its rapid growth over the last twenty years, and the fact that it is the third most popular career choice for graduates, PR still isn’t a true profession with the social status and restricted entry – and hence the income protection – that goes with it. Many in the PR industry wish it was otherwise.

So why isn’t PR a proper profession?

Proper professions are based on laws and conventions and an agreed body of knowledge acquired over years of study and closely supervised work experience. You are legally obliged to use a lawyer in court and an accountant to verify your accounts. PR can be done, at least in theory, by anyone who wants to communicate to the public – most commonly via the media or other credible third parties. Restricting who can speak to the media to people who have qualified for membership of a PR body would be undemocratic and unpopular with the media.

The existing, restricted entry professions such as law, finance, building and medicine are seen as protecting the public from potentially catastrophic incompetence or abuses of power. Hence the regulation. PR operates in a much more open market place where poor practice is seldom threatening to life or society and is quickly corrected either by media attack or the mechanisms of the free market.

Professions can also usually define pretty accurately what their professionals actually do. The PR industry cannot. What is the similarity between a public affairs practitioner and a celebrity PR? (There should be a punch line as well as an answer to that question.)

In reality most of the PR industry is desperate to describe what they do as anything but ‘Public Relations’, preferring terms such as ‘Corporate Affairs’, ‘Communication Management’ or ‘Reputation Management’. How could a closed professional body decide who or what should be included?

Similarly PR, unlike any traditional, recognized profession, welcomes newcomers from other walks of life. Senior journalists with no PR training regularly walk straight in to very senior PR roles – particularly in the political field. Is anyone really suggesting they should be barred from practicing PR until they have undertaken years of training?

Formal regulation by the industry’s trade bodies – even for the minority of practitioners who join them – has proved to be difficult. There are a variety of codes of conduct, but few have got further than a general exhortation to be honest – and hardly anyone is ever thrown out of a PR trade body for breaching a code.

There are a number of problems with devising and enforcing the sort of professional codes that would be required for PR to be a proper profession.

Firstly, how can you demonstrate that the quality of PR advice has fallen below an acceptable standard? Is a good press release one that gets lots of press coverage and a bad release one that does not get much, or any, coverage?

The practice of PR is not a precise science. Advice is based on judgments that depend on the quality of information provided, circumstances that can change rapidly and, of course, the experience and knowledge of the advisor. With all these variables, it would be difficult to judge fairly whether advice is so poor as to merit the ultimate sanction of exclusion from the PR profession.

Secondly, ethical issues are seldom clear cut. PR is often criticized more for the message it communicates than the methods it uses. For example, both PR sides in the debates on nuclear power and abortion accuse the other of ‘selective use of facts’. Are they all unethical or just biased to their own version of the truth? When there are, very occasionally, serious allegations of unethical practice the laws of fraud or defamation are generally seen as the most effective way to punish the perpetrator.

By and large PR people don’t lie – if for no other reason than they will get found out. But most honest PR people will admit – at least off the record – to having told the odd ‘white lie’.

Could a PR trade body expect to survive for long if it expelled all members who ever denied boardroom or government splits and disagreements to probing journalists? Boardrooms, like governments, are often divided on issues. The media love this sort of conflict, but, if PR people always admitted to it, the stuff of business and government would grind to a halt.

There is no doubt that PR training and education will continue to become increasingly professional – raising the bar of performance for all. Trade bodies have and will continue to play an important role in this. What will not happen – and nor do we think it desirable – is that PR will become a profession operating a closed shop and excluding those without specific degrees or qualifications. Indeed, it would be an ironic move at a time when many traditional professions are being increasingly subjected to market forces themselves. 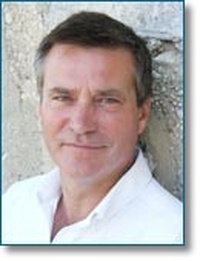 Trevor Morris is Visiting Professor in Public Relations at the University of Westminster, former CEO of the UK’s largest public relations group, and co-author with Simon Goldsworthy of PR – A Persuasive Industry? published by Palgrave Macmillan. This article is a synopsis of a chapter from the book.