Porter Novelli and Watson Pharma partnered with PRtrak, a division of VMS, to develop a media analysis approach that would demonstrate return on PR investment and help shape messaging strategy for OXYTROL, a skin patch prescription medication for overactiv

Watson Pharma, Inc. challenged Porter Novelli to demonstrate that public relations activities were having a positive impact on coverage related to OXYTROL, a prescription medication indicated for the treatment of overactive bladder. To address this challenge, Porter Novelli assessed the impact PR activities had on business outcomes using PRoof, Porter Novelli’s approach for generating key message assessment and optimization.

All content was downloaded from databases or scanned from hard copies (when relevant coverage was not included in the databases). Each article was coded for tonality and presence of the program’s key messages (among other measures). In total, approximately 3,000 articles were analyzed.

The analysis found that key messages were very likely to drive positive coverage and that the return on investment (ROI) from PR-related activities was strong, with key message playback appearing to drive OXYTROL sales. Of note, we discovered that there was a large increase in the strength of the correlations between key message playback and boosts in sales using a one-quarter lag from playback of messages and when increases in prescription sales occurred.

In other words, improvements in prescription sales followed increases in key message playback, suggesting that key message penetration drives sales and generate ROI from PR programming. In addition, findings also provided insight into how the messaging strategy could be changed to potentially maximize both the generation of positive coverage, as well as sales/ROI from the public relations program. To our knowledge, this is the first study of its kind. In particular, we are unaware of any other studies that come close to isolating the influence of key message playback on driving sales.

Research Objectives The objectives for this research included:

• Gauging the impact of media outreach or programs on media content
• Showing the return on investment (ROI) of the PR program
• Providing direction into selecting the most efficacious set of key messages and campaign strategies going forward.

Porter Novelli and Watson Pharma, Inc. partnered with PRtrak to develop the media analysis. PRtrak searched the Lexis-Nexis database of published information for media coverage related to overactive bladder, urge incontinence, OXYTROL and its competitors during the period of 5/1/2001 through 9/30/2004. Porter Novelli additionally supplemented this search with articles from sources outside the Lexis-Nexis database including newspapers, consumer magazines, television/radio transcripts, Internet media and medical/trade journals to ensure that a comprehensive canvass of coverage was obtained. Paid advertising and wires were not included in the search universe.

All content was downloaded or scanned and each article was coded for tonality and presence of the program’s key messages (among other measures). PRtrak coded the coverage using PRtrak Ai, an artificial intelligence tool that applies advanced linguistic algorithms to quantify various aspects of media coverage. In total, approximately 3,000 articles were analyzed.

In generating key message-related analytics, the Media Prominence Index was used as a measure of likely consumer impact. This score combines a nine-point tonality rating (how favorable a story is to OXYTROL) with a nine-point prominence scale (whether OXYTROL is mentioned in a headline, first paragraph, etc.) with the penetration of a particular publication (how many people a publication is likely to touch). This measure served as a proxy for the market value of the particular space or time occupied by a story placement.

In addition, OXYTROL data for prescription volume over the span of the media analysis was obtained. After conducting research on the penetration of specific key messages over time, we gauged the degree that their playback was associated with movement in client prescription volume.

• Key messages were very likely to drive positive coverage.
• The ROI from PR-related activities was strong with key message playback appearing to drive OXYTROL sales.
• The "Patch" key message could be more effective in driving sales if tied to messages about OXYTROL’s efficacy.

Having established that key message playback appears to drive positive coverage of OXYTROL, the relationship with sales was assessed. When we did this, it was found that from Q2-03 through Q2-04, the penetration of stories with at least one key message correlated strongly with OXYTROL prescription volume.

Next, the relationship between playback of specific OXYTROL key messages and prescription sales was also assessed. Interestingly, it was found that key messages about "Efficacy" and "Low Side Effects" seem to have a higher impact on driving prescription volume than "Compliance" or "Patch"-related messages.

However, the "Patch" key message received about one third of total media prominence from articles containing a key message – indicating that it was placed widely relative to the other key messages. Importantly, at the same time, the "Patch" message was likely to be associated with positive coverage of OXYTROL. These findings suggested that the "Patch" message has worth in terms of positively affecting the tone of coverage, but by itself was not optimally effective in helping to drive prescription volume or ROI.

It was additionally found that of stories including the "Patch" key message, as few as one fifth also mentioned the "Efficacy" key message. This is important because the "Efficacy" message was most highly correlated to improvement in prescription volume/ROI – and suggested that the "Patch" key message could be more effective if tied to "Efficacy." In this way, programming would both likely reinforce positive coverage while at the same time better drive sales/ROI.

• OXYTROL key message playback is likely to drive positive coverage for the medication and generate sales / ROI – helping to substantiate the need for and benefit of OXYTROL specific media outreach.
• Linking the "Efficacy" and "Patch" key messages would likely increase the sales impact of OXYTROL PR programming in the future.
• To our knowledge, this is the first study of its kind. In particular, we know of no other research that comes close to isolating the influence of key message playback on driving sales. Not only did the study enable Porter Novelli and Watson Pharma, Inc. to help demonstrate ROI from OXYTROL PR programming, it also offered insight into developing communications recommendations that could help drive sales. 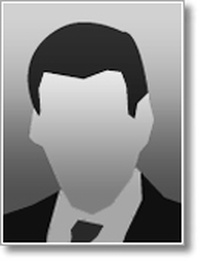 Greg Haas is Vice President, Director of Quantitative Methods and Applications, Strategic Planning & Research, Porter Novelli, New York. The campaign that he writes about was awarded the 2006 Jack Felton Golden Ruler Award for excellence in public relations measurement and evaluation by The Institute for Public Relations, in conjunction with the Commission on Public Relations Measurement & Evaluation.