Lack of federal standards on health screening tests given to newborn babies triggered an ongoing information campaign targeting parents and policymakers across the US. By Michele Kling.

Most of the 4 million babies born in the United States each year go home from the hospital with a small bandage on their heel. However, not all parents understand that a few drops of blood taken from their newborn can be tested for an array of life-threatening disorders. Early diagnosis and treatment of these conditions can mean the difference between life and death, or health and lifelong disability, for a child.

Nor do most parents realize that the newborn screening performed depends entirely on the state in which their baby is born. Because each state or region operates its own newborn screening program, individual programs can vary widely.

The absence of federal guidelines on newborn screening has been a major concern to maternal and infant health experts, along with the sometimes tragic consequences to affected children and their families.

That’s why in 2003, the March of Dimes launched “Newborn Screening: What Every Parent in America Needs to Know,” a national education and advocacy campaign. The organization sought to raise awareness of the vital importance of newborn screening and persuade state policymakers to replace the country’s patchwork quilt of disparate screening programs with a uniform standard of mandatory testing for at least 29 treatable disorders (28 metabolic conditions plus hearing impairment). The objective is a more equitable, comprehensive newborn screening program to save babies from unnecessary disability and death.

This success came because the March of Dimes campaign melded several key elements.

First, the campaign was based on up-to-date statistics, data, and graphic materials not available elsewhere. The March of Dimes team worked closely with the National Newborn Screening and Genetic Resource Center to compile a state-by-state report card. Media kits were prepared containing a color-coded map and chart that enabled reporters and consumers to easily see at a glance how their state was performing.

Second, there were heart-wrenching personal stories from real people. In addition to expert spokespersons such as the president and medical director, the March of Dimes was able to draw on the experience of parents of many affected children. These parents are passionate proponents of expanded newborn screening.

Some had healthy children whose disorder was caught only because a pilot program had been started in their state as a result of March of Dimes-led advocacy. Other parents told poignant accounts of children who died or were severely and permanently impaired because their state did not screen for their disorder.

Third, the campaign was made available to both national and local news media, because the March of Dimes had staff and volunteers in every state who were able to distribute information to their own contacts and offer interviews.

The Risks of a Report Card

A report card also carries potential risks that the March of Dimes faced head-on. Comparing states, and pitting them against each other, can backfire by alienating local officials. But shaking up the status quo in states performing poorly on newborn screening was the goal. Many states have upgraded and improved their newborn screening programs, in part to get a better “grade” on the next March of Dimes report card.

The publicity results from “Newborn Screening: What Every Parent in America Needs to Know,” have been extremely rewarding. Highlights include a four-part series on NBC-TV’s Today Show; segments on the CBS Early Show and ABC’s World News Tonight; stories in People and Newsweek magazines; a front-page feature story and two follow-up articles in The Wall Street Journal; interviews on AP Radio and CBS Radio; and a profile in the Los Angeles Times’ “Personal Health” column. Online coverage of the report card has included popular sites such as BabyCenter.com and HealthDay.com.

The report card has become an annual story for many journalist and news organizations. For example, USA Today health writer Rita Rubin covered the topic in 2005, 2006, and 2007. Associated Press national health reporter Lauren Neergaard wrote about the report card and the progress of newborn screening in both 2006 and 2007.

While the newborn screening campaign has been successful, it hasn’t ended. The March of Dimes is determined that by December 2008, every state in the U.S. will have mandated and implemented expanded newborn screening programs. The organization also says it will ensure that any further advances in newborn screening are applied equally to babies nationwide. 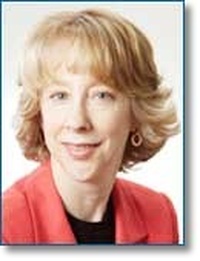