A hardware retailer achieved plenty of positive publicity by organising a model car competition for school children. By Heikki Sal-Saller.

Last year our partner Stokker (www.stokker.com), the leading chain of hardware stores in Estonia, Latvia and Lithuania, asked us to develop a series of marketing and PR activities for school children. The aim was to recognise the handicraft and building skills of children in the 10-15 age bracket, as well as their ability to use tools.

Stokker wanted more than just run-of-the-mill media publicity, with its marketing manager envisaging a combination of advertising, PR and Internet and event marketing.

In association with the advertising agency DDB, we launched a kite-making competition as a pilot project in 2006. Information about the project was sent to schools in A3 poster format for notice boards, while direct contacts were also approached, along with careers and technology teachers.

Banners were put on websites popular among the age group, encouraging them to make their own kites. By the closing date almost 100 kites had been submitted, from which judges chose 30. It is worth pointing out here that Estonia only has a population of 1.4 million.

The winning students and teachers were awarded with tools, while schools received equipment for their careers classrooms. The competition and the final were covered by the Estonian print media, and camera crews from two commercial channels were in attendance at the final.

Another of our partners, the Estonian Association of Technology Education, which brings together careers and technology teachers from around the country, recommended that for 2007 we organise a model car making competition. Local kids’ enthusiasm for all things auto is helped by the fact that WRC top guns Markko Märtin and Urmo Aava and Formula 3 ace Marko Asmer are from Estonia.

Work on the competition began in autumn 2006, when we sent letters out to every school in Estonia so that they would have plenty of time to think about their cars, including the project in their plans for the second half of the academic year. We worked with model car enthusiasts to develop the rules of the competition and put them up on the website. We also put up invitations to websites. Press releases following the progress of the competition found their way onto online news channels and into printed media.

By the beginning of April this year we had received 212 model cars, both ‘stop-and-go’ (i.e. with no steering or directional control) and remote-controlled, the majority of which had been very cleverly put together and to very high technical standards. Easily one of the most interesting entries was a wire car submitted by three boys from southern Estonia, whose wheels were made of wire coils.

In evaluating the entries, the judges looked at how interesting the design and technical solutions of each car were, how well produced they were and, in the final, how fast they travelled. Stokker’s slogan, incidentally, is ‘making a man a craftsman.’

37 cars – 24 ‘stop-and-go’ and 13 remote-controlled – made it into the final from the semi-finals, which were held in different Estonian counties. The original plan to have an equal number of both types of car did not work out, as radio-controlled cars are technically more complicated to make. ‘Stop-and-go’ cars are also much more appealing – they compete at speed, and most boys are aware of drag racing and one-mile races, the latter of which are also held in Estonia.

We arranged for the final to be held at a go-kart track, offering the competitors the chance to get behind the wheel themselves for a race of their own after the model car contest. We put together a panel of judges for the final of model car specialists, public figures and journalists. Prizes were awarded to the finalists by renowned rapper Cool D, and a designer from a car and technology magazine was asked to cast an eye over the entries. The event was captured both on film and in photographs.

From a communication point of view, all of the information about the event reached the public in the best possible way. All of the press releases received coverage in the national newspapers, as well as online. The Tallinn semi-final was covered by Estonia’s largest weekly paper, Eesti Ekspress (with a print-run of approx. 45,000), with regional semi-finals reported on in the local press.

Journalists from local papers were given the chance to be one of the judges for the semi-finals, and half of those invited to do so took the opportunity. The competition featured in more than 20 stories in the media, the majority of them in newspapers. All of the information about the competition was released in Estonian and Russian. (Around a third of the country’s citizens speak Russian as their first language.)

Follow-up discussions with teachers soon after the final showed that they felt that Stokker’s idea had been a very good one. One teacher hoped that his students would now be very familiar with the Stokker name.

Floating Idea for a Repeat

The competition has good prospects and there are plans to continue it in the coming year. (One of the ideas that the finalists came up with for next year is model ships.)

In Nomine, the PR company in charge of organising the competition and responsible for all related communication, considers it a success. The number of entries received is indicative of the interest students have in handicraft and building, as is the support shown for the event by schools.

The response from the media shows that there is also significant interest among the press. Here, continuous communication through press releases helped keep interest levels high.

In Nomine feels that there are at least three things you need if you are to make such events a success: good ideas, a good team and a sufficient budget. Event marketing, PR and Internet advertising working together is one way of making a name for yourself among aspiring young craftsmen. 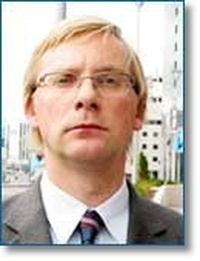