ITL: #441   The health crisis: stakeholder credibility and the polarisation of opinions


Who do citizens consider to be credible sources of information in the midst of a global pandemic? By Emmanuel Goedseels.

Whyte Corporate Affairs has conducted a survey among more than 1,000 people on the credibility of various stakeholders as sources of information in Belgium and on the impact of the health crisis on the opinion of citizens on this subject. The results reveal that the covid-19 pandemic has had an impact on the credibility of political and socio-economic actors, who can now reflect on how to obtain, maintain or restore the trust of citizens in the future.

Between bubble and science

The study reveals that a citizen in search of credible information is almost as likely to refer to science as to his or her relatives. Indeed, the information provided by academics, experts and scientists is now considered credible by more than 8 out of 10 citizens (84.53% of the population). But family, neighbours, colleagues, real or virtual friends…are also considered as important: 75.81% of people believe that their "peers" are (rather or completely) credible sources of information, a higher score than those obtained by the other actors studied.

In the top three of the most credible actors are also public administrations (55.63%), which share 3rd place with NGOs and associations (55.57%). The information provided by municipal authorities and private companies is trusted by just over half of the population (51.36% and 50.11% respectively).

Among the actors whose information does not convince half of the population, we find, in descending order of scores, the media and journalists in general (although there are important nuances below), trade unions, employers' organizations and (inter)professional federations, provincial political authorities, inter-municipal authorities, religious and philosophical authorities, regional, community and federal political authorities, and finally, political parties, which come last with only 14.19% of the population judging their information as credible. We can therefore see that political decision-makers are at the bottom of the ranking, even though the municipalities and provinces perform better, obviously benefiting from a proximity effect that makes them more accessible than the other levels of power.

(Un)desirable effects of the health crisis on the ranking

Whyte Corporate Affairs looked at how the health crisis has affected opinions about the credibility of news sources. According to the results of the study, the covid-19 pandemic has not been an opportunity for some actors to distinguish themselves by increasing their credibility through decisive actions and communications during the crisis. Credibility gains are small and marginal compared to credibility losses.

With one exception on the scientific side: only universities, experts and scientists gained more credibility than they lost as a result of the covid-19 pandemic.  One out of four people (24.65%) has more confidence in the information provided by experts than before, while the pandemic has led less than one out of five people (19.03%) to consider them less credible than before. The credibility of the experts has thus withstood the clash of figures, theories and scientific models that the media have given a lot of visibility in recent months.

On the other hand, the political world has clearly suffered from the crisis. More than 1 out of 2 citizens consider political actors (much) less credible than before the health crisis. Almost 1 in 3 or 4 citizens even consider the information to be much less reliable than before, depending on the level of power considered. It is the information of political parties that is most affected by the citizen's distrust (29.24% of people have much less confidence; 30.37% have less confidence). It can be noted that the provincial and especially the communal levels of power fare better.

The credibility of the other players remained largely unchanged, and declined in the eyes of about 1 in 3 citizens (e.g. 35.23% more negative opinions than before about the media, or 30.66% more unfavorable opinions about the information provided by the trade unions).

The credibility of peers has only decreased slightly during the health crisis: only 17.7% of citizens have less confidence today in the information given to them by their relatives and peers. It is true that the successive lockdowns have led citizens to turn to their own bubble or communities of ideas to exchange, inform themselves, reassure themselves and maintain a minimum of social life.

All the studies conducted in recent years show that, at the political level, proximity is an asset for credibility. Local elected representatives are more trusted than MPs, ministers and parties. On the other hand, the scientific debate, which was a well-known practice in the academic world, suddenly took place in the public arena during the health crisis, with strong, even antagonistic positions. It is therefore understandable that the credibility of experts remains very high and is even increasing for almost 25% of citizens, but that it has at the same time decreased in the eyes of some 20% of citizens. The debates on the scientific approach to containment measures and on vaccination have probably contributed to this polarization.

Despite the rise in critical voices that the media have been facing in recent years on a Belgian and European scale, this new study reveals that a large majority of people still consider traditional media as credible sources of information. The radio takes first place in the traditional media ranking: it is on this channel that the largest number of citizens (69.56%) consider receiving (rather) trustworthy information. In Flanders, this score rises to 74.2%. The written press convinces 6 out of 10 citizens (61.6%), which is very close to the level of television (58.85%).

These results are interesting if we compare them to the low scores obtained by social networks, which pull the general media ranking down. The information published on these social platforms, although often described as credible peer-to-peer information channels, only appears credible to 1 in 5 people (17.51%), a level similar to that of advertising (18.19%). Citizens are particularly critical concerning the information circulating on Twitter and Facebook: only 15.75% and 14.3% of citizens trust them (relatively). These very low figures would tend to confirm the distrust that seems to be growing towards these two platforms, on which the phenomenon of fake news has recently had a strong hold.

It is possible that recent events have weighed in the balance: while the health crisis has been a propitious period for the dissemination of deliberately false news on these platforms, the last few months have been an opportunity for the traditional media to mobilize a lot of energy to inform citizens in spite of the uncertainty and health risks. An exceptional context that has allowed citizens in search of information to perceive the added value of journalistic work. The efforts of the traditional media would thus be rewarded in a way.

It is worth pointing out that LinkedIn manages to break away somewhat from the prevailing mistrust of social networks. The information published on this professional channel is considered credible by 37.74% of the population.

Collaborative encyclopaedias such as Wikipedia position themselves at the top of the general media ranking, whereas the reliability of their information was once widely criticized. 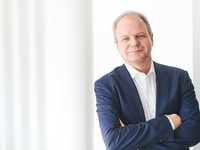 Emmanuel Goedseels is one of the Founding Partners of Whyte Corporate Affairs.