ITL #431 Breaking down barriers: are you thinking globally?


The rise of global content poses some big challenges for communicators and organisations must avoid being held back by their own regional structures and politics. By Debbie Hindle.

The other day a client and I were talking about an article we’d both seen which was predicting a major shift in working patterns after the pandemic. There’s nothing unusual in that, except when you consider that I’m based in the UK, my client is based in Dubai and the article appeared in the US newspaper The Washington Post.

And yet this is normal. We all consume media published in countries other than our own. But are we as communicators and brands yet thinking as globally as the media and broadcasters we work with? When asking this question I don’t mean to ask if a brand has established a network of communicators in local offices, or built a global network of agencies in its key markets. I mean to ask, “are we as communicators thinking about and planning to change the way we need to work, as our audiences increasingly consume global content, created by global media?”

As every communicator knows, for decades media has been hurtling towards a decline in traditional consumption and a rise in digital consumption. Print publishers have developed different strategies from paywalls to subscription models to remain profitable, but the lack of ink has also been liberating in increasing their global audiences. For example, while around 3.5 million people read the FT website in the UK, a further 8 million read the title online worldwide.

A story produced by Mail Online in Australia will often appear to UK audiences and vice versa. In 2021, more people accessed BBC News through its digital platforms rather than through traditional TV and radio. More than 438 million people now access its content weekly and it expects to have a global audience of 500 million a week by 2022.

And if people are consuming media globally then the teams that produce that content can also be global. Conde Nast was among the first to take this step when the UK and USA editions of Conde Nast Traveller joined forces as one team in 2018.

Now further consolidation is brewing as global editors are being appointed for each Conde Nast title, each then overseeing editorial worldwide. There will be obvious cost savings. Rather than journalists from every Vogue around the world visiting a Paris fashion show, a smaller group can capture and interpret the trends for all editions. Nevertheless, there will also be a structured focus on global knowledge – bringing the best ideas from around the world together, rather than acting in isolation.

Broadcasters are also acting more globally. Broadcast Magazine recently reported that Broadcast Intelligence’s Commissioner Index has been expanded to incorporate more than 50 new international commissioners around the world who are interested in international partnerships.

In addition, because audiences are increasingly streaming content, language has become less of a barrier. Gaspard de Chavagnac, co-founder of the new pan-European broadcast producer Asacha, has pointed out that people are happy to stream dubbed or subtitled programmes and films.

Producers are increasingly becoming distributors so that they sell their own content and have more ownership to help finance and package programmes. Distributors meanwhile are becoming producers – commissioning programmes they know will sell again to have more financial control.

The other fast-changing trend is the fact that, with budgets under pressure as we emerge from the pandemic, broadcasters are more likely to consider hybrid advertising-funded models to get quality programming off the ground which can then be sold and distributed worldwide.

Who drives the relationship?

A clear structural change like Conde Nast creating a global editor for GQ is easy for a communicator to spot and understand. But who then drives that relationship so the global editorial teams aren’t being called from multiple offices around the world?  If that editor is based in one country then the local PR team or agency could be the global conduit for ideas. But what if the editor is a digital nomad, rotating their location on a regular basis?

Broadcast can be less clear cut. I’ve often looked at a European campaign for a client for example and had to ask which agency or office is owning the relationship with Sky or CNN programmes produced in the region. If an increasing number of programmes are being made by international co-productions, will communicators fail to identify them, or be quick enough to agree who should target the relationships to get involved at an early stage?

As broadcasters become more global and require more digital content their own newsgathering workforce is expanding, using local freelancers as well as staff to feed ideas locally. Have we as communicators identified all those individuals, their story needs and their global reach?

I’m asking questions because I find, too often, organisations are held back by their own regional structures and politics. They can see media as rooted in the location they operate in and not realise the opportunity to reach a global audience. For example, in the past I’ve had a client asking me not to talk to an agency in the Asia to share ideas, because they only wanted to focus on their remit in Europe. Or, we’ve been working for a tourist board and notice that an influencer from USA with a big European following has visited the country, but we weren’t advised, so were too late to share socially or engage with the influencer.

I’m also asking these questions because I don’t have all the answers. This is where we need to work together collaboratively to tackle a new global media world. Let’s break down any country barriers between communications teams and bring people together. Let’s challenge each other to move as fast as the media is on a global basis. Let’s keep asking questions about where the global opportunities are and let’s find solutions together. 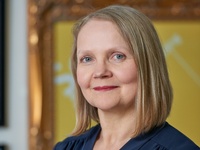