ITL #404   Trust and messaging about covid-19: experiences in UK, Italy and Spain


EUPRERA research looks at how populations of three European countries hit hard by the first wave of the pandemic responded to the communication management approaches of their governments. By Angeles Moreno (pictured), Ralph Tench and Stefania Romenti.

As we all know and will always remember, in 2020 the world experienced the worst health crisis since 1918. Covid-19 first made its appearance in China on December 31 of 2019 and spread quickly to South Korea, Iran, and across Europe, where the countries most affected during the first wave were Italy, Spain and the UK.

According to the WHO, “The capacity to relay information quickly and clearly on different media platforms is essential to the effective management of a public-health emergency”. In risk and crisis communication, channel selection and trustworthiness are important predictors of information processing and adherence to recommended preventative behaviors. Nevertheless, despite a number of warnings from the scientific community and the lessons learned from previous infectious disease emergencies, governments around the world have shown low capacities to respond and communicate effectively to health emergency outbreaks.

The communication management of the virus by national governments has played an essential role in controlling the spread of the disease. A research project in three of the earliest hit countries in Europe, namely Spain, the UK and Italy, assessed government communication management of the covid-19 crisis, focussing on the most used channels for information receipt and searching; the most credible sources of information; the types of messages received and remembered; and the effectiveness of the messages.

An online survey was developed and recruitment was conducted between March 10 and April 13 2020 via convenience and snowball sampling using the researchers’ personal and work networks and social media (like Twitter and Facebook). The surveys were completed by 609 UK adults, 546 Spanish adults and 468 Italian adults. The quantitative data from all three surveys was analysed descriptively and using one-way ANOVA, whilst qualitative data was analysed thematically.

Media use for covid-19 information

In the context of crises, such as the covid-19 outbreak, the media play a crucial role in the public awareness of risks. Findings from the surveys show synchronous use of multiple media and platforms in line with channel complementarity theory (Dutta-Bergman, 2006), despite recent studies that have suggested audiences have drifted away from traditional media (Anderson, 2017; Stroud, 2011), retrieving much of their information about health from online news sources (Cuan-Baltazar et al., 2020), evident during national and global health crises, such as Ebola or Zika infections, and the covid-19 pandemic (Hernández-García & Giménez-Júlvez, 2020; Nielsen et al., 2020).

From this study, two-thirds of respondents to the UK survey use TV to both passively receive and actively search for information about covid-19. Facebook and online newspapers were also important sources of information. Most respondents (86.2%) to the Spanish survey use TV as their main source of information, but WhatsApp and online newspapers were also used by many (77.6% and 75% respectively). Information consumption trends do not show high statistical differences based on the gender, age or education level of respondents.

Pandemic preparedness is based on trust in the information, trust in the sources, and particularly trust in public authorities. Trust is a key motivator for individuals preferring one source of information over the other (Glik, 2007; Rains, 2007; Zerfass et al., 2019).

Respondents reported low trust in media overall but trust in health staff and health organisations was high amongst respondents from all three countries. UK respondents do not trust information from the government (48.9%), with differences according to respondent qualification level. UK respondents also reported that government communication was unclear (57.4%), a source of confusion (65.5%) and had generated alarm (42.5%).

Just over a third of Spanish respondents (38%) reported government communication as the most reliable source of information, and a similar proportion (33.8%) reported that the information had been clear and sufficient. However, most respondents (52.8%) believe that the government had hidden some of the truth (45.9%) and caused public alarm (48.4%).

Regional (37%) and local governments (33.6%) were not well trusted by the Spanish population during the first stage, although they gained influence when the crisis evolved, in contrast to the national government and the WHO, who both lost credibility.

Italian respondents reported that companies were the most important source of information, with 82% reporting a company when asked about the most effective communication campaigns. Just over a quarter of respondents trust information from the government (29.3%), whilst a similar proportion trust information shared by friends or acquaintances. Most Italian respondents (51%) trusted information from the Istituto Superiore di Sanità, an Italian public health institution and the World Health Organization (40.8%). Those with higher qualifications had greater trust in institutional channels whilst those with lower qualifications trusted information shared by influencers and friends.

What messages do citizens remember from the communication campaigns?

The potential for information to have an effect on its audience relates to the effectiveness of that communication. This is important to consider since the effectiveness of communication could determine whether the public listen to and act on the information that is shared with them. Across all three surveys, most respondents retained important messages, with almost all respondents recalling that hand washing and physical distancing were key to keep people safe.

EUPRERA has established a Com-Covid network built on the original studies and now there is a second round of studies being conducted by members in Europe, America, Asia and Africa. We are in the process of collecting data with colleagues from a range of other countries across the world and also look to explore results by demographic groups (age, gender, income, work situation and education level along with emotional and ideological features of respondents).

The global outreach and the diversity of empirical data will allow comparisons from countries in four continents as well as singular perspectives like the rhetorical strategies of the crisis in Northern Europe.

The Com-Covid Webinar conducted on 19 November 2020 presented results from two additional European countries. Romania’s results confirm the tendencies of previous results in Spain, Italy and the UK: synchronous multiple channels are used for information seeking and there is low trust in governments in contrast with health sources. In Romania, government prioritizes the message of protection (from external contamination, vulnerable groups and misinformation), but they don’t get high levels of trust from their citizens. News media didn’t gain reliability despite this being people’s preferred information media source.

Nevertheless, in Georgia, there is a clear decline of mainstream media and being replaced with social media use. In contrast with the rest of researched European countries, national regional and local governments were the most credible sources of information. The messages retained by Georgians where consistent with those disseminated by the Government and mainly focused on following the guidelines.

A similar situation was found in China, where the concern, attention and interest in the news about covid-19 has decreased through the evolution of the pandemic. Public and official health organizations and national, regional and local government were absolutely the main sources of information for citizens about the pandemic. As a consequence, the most retained messages were consistent with the official information: covid-19 is highly contagious and you must stay at home so that the economy does not suffer a longer interruption.

The opposite picture is presented in Nigeria where social media platforms are by far the most common sources of information for the population but at the same time three out of four citizens distrust the Government. A majority of people therefore believe that the Government was the least trusted. Seven out of ten Nigerians assess the communication of their Government as worse than other countries’ and would like increased trust and honesty.

Some of the first findings of the research have already generated an impact with publications in Q1 academic journals, and further social dissemination, including press coverage and a publication on the World Health Organization webpage. New insights from Finland, Norway, Denmark, Portugal, Turkey, US, Argentina, Brazil, Nigeria and China will also be shared in academic and practice conferences and journals, as well as in other formats, which we hope will enable institutions – including government communicators – to learn from this pandemic to improve their communication management in future crises.

Key lessons from the empirical insights: 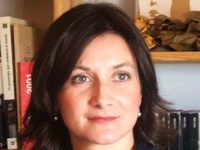