ITL: #398   Delivering in the spotlight: how leaders can navigate a media storm


The company behind the UK’s Free School Meal Vouchers Scheme came under intense scrutiny in the early months of the coronavirus pandemic but has emerged with its reputation in good shape. By Andy Philpott.

When schools across the UK closed due to the coronavirus pandemic in March, one of the most pressing questions facing the Department for Education was what it could do to ensure the 1.3 million children who receive free school meals in England didn’t go hungry during lockdown.

The solution, in the form of the Free School Meal Vouchers Scheme, ultimately became one of the most high-profile areas of the government’s response to the covid-19 shutdown.

When the DfE approached Edenred to ask if we could deliver the scheme in the days following lockdown, it was clear that given the urgency, sensitivity and scale it would be a uniquely demanding project.

Operationally, there was the challenge of building a new platform to connect schools, parents and supermarkets within two weeks.

Equally critical was the communications challenge: not just in explaining how the scheme would work to the people who needed to use it but also in dealing with the media and political scrutiny which inevitably comes when a public body works with a private sector partner.

While the scheme was ultimately successful – we delivered the equivalent of 128 million meals to children who needed them – the experience of operating in a media spotlight which was not always favourable, to us or the scheme, provided some critical lessons for other organisations who find themselves unexpectedly experiencing their 15 minutes of fame.

The first learning for leadership teams is the importance of ensuring you have the right capability on call to protect and manage reputation.

The rise of alternative channels to ‘traditional’ media outlets means that in many organisations, communications and PR functions have been downgraded or abandoned altogether.

While the content creators, social media and digital marketers who have replaced them are invaluable for promoting an organisation, managing your reputation when your organisation is in the public eye requires a different set of skills and experience.

You may not need this capability day-to-day but at a time when every organisation is potentially one tweet or video away from a damaging media storm, a top priority for any board is to have that resource in place to call on when it is needed and a plan in place to manage it.

Managing external media interest is only part of the challenge for organisations in the media spotlight. An equally critical area for leaders – and one which demands its own resources and plan – is communication with employees, suppliers and other partners whose focus and support is critical to keeping the organisation operating smoothly.

As we navigated six months making headlines, ensuring our ecosystem of stakeholders got regular operational updates direct from our business were key to maintaining their engagement and support.

This wasn’t just a question of ensuring they had a more balanced and accurate account of the good work we were doing on the Free School Voucher Scheme than they got from the media.

Internally, our briefings – whether one-to-one or in townhall meetings – provided the opportunity to recognise the round-the-clock efforts of our employees and, of course, to listen and respond to concerns.

This was the same for our wider stakeholder group of politicians, the supermarkets working with us and other partners where our proactive engagement enabled us to rebut misconceptions about what we were doing and take on board any changes which would help us improve the scheme.

If reputation is defined by what you say and what you do, then a third area for every leader facing a media storm is to understand the importance accepting criticism and taking action to put things right rather than hoping a press office team will talk the media around to writing more positive headlines.

This was certainly what we found when, following a widely positive reception for the launch of the Free School Meal Voucher Scheme, the tide turned from praise to criticism as parents and schools took to media and social media to describe problems they faced when they went online to use the scheme in the week following the launch.

While we knew that overall the scheme was delivering millions of pounds in food vouchers and working for the majority of parents and schools, what mattered most was acknowledging and fixing these teething problems.

We quickly delivered these fixes through additional investment in IT, customer service and our own ‘track and trace’ operation which spotted common issues with data or redemption which might impact on schools and solve any potential problems quickly before they emerged.

By decisively resolving the launch issues, media interest in the scheme faded away as did the criticism from schools and families.

The last area for leaders to focus on when weathering a media storm is the task of rebalancing perceptions of your organisation when everyone’s attention has moved on.

This is particularly important when you have a good story to tell, as was the case with the Free School Meal Voucher Scheme where we could show how this unique scheme was a success and had made an enormous difference to the children who needed it.

A hard and fast rule of working with the media is to expect the unexpected.

In mid-June, the surprise intervention of England and Manchester United footballer Marcus Rashford, who successfully campaigned for the scheme to be extended to cover the school holidays, went some way to helping change perceptions of the scheme.

Overnight and through the following weeks, children and parents started to appear in media outlets praising the support we were providing as journalists wanted to find out more about how the scheme was making a difference.

While this was helpful, only part of the job was done and we wanted to be in a position to give clear evidence to every audience that mattered to us – from employees to business partners and customers – that the scheme had had a positive impact, that it had worked well and that it was something schools and parents would use again.

Working with an independent research company we invited every school and parent who used the scheme to complete a short survey on their experience.

It was investment worth making. By the beginning of September, having surveyed some 180,000 schools and parents, we were able to show that 94% of families were satisfied with the voucher scheme and 93% of schools thought food vouchers were a good way of providing families with support in lockdown.

We were also able to show the actions we took to solve the issues at launch made a difference to the schools and families who used the scheme throughout. As things stand today, our TrustPilot ratings have bounced back to just below the top rating.

In the weeks and months ahead, these facts about the scheme will be critical to telling the positive story about the work we did in delivering such a unique and ambitious programme.

As the pandemic runs its course, many organisations are likely to find themselves attracting the glare of publicity as they respond to the challenges of surviving the volatile situation presented to us.

The takeaway from our experience is that no operational plan is complete for your organisation unless you know precisely how you will protect your brand in the year ahead. 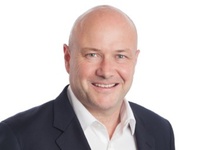