ITL #389 The social sciences: an often-neglected ally for public relations

When Blair Kamin, the Pulitzer-Prize winning architecture critic of the Chicago Tribune, wanted to let his readers know that a bold revitalization of the city’s neglected South and West sides might not pan out, he turned to a familiar fall guy: Public relations.

“Is this much-ballyhooed effort the real deal or a public relations gesture?” he asked at the top of the August 26 column, Time to stop planning and start building. After reviewing the city’s Invest South/West program, including a set of inspiring designs created by top architectural firms, he concluded hopefully that it “may yet turn out to be something greater and more enduring than a public relations gesture emanating from city Hall.”

Earlier in the month, in an August 6 Wall Street Journal op-ed, two Harvard law school professors assessed the impact of a 2019 statement on corporate purpose signed by 181 CEOs in the Business Roundtable to “deliver value to all stakeholders” rather than only stockholders. Questioning whether anything had changed as a result, the faculty members asked whether the statement was: “a significant shift in how business operates or was a mere public relations move.” (They argued that it was the latter, based on a review of corporate governance guidelines, a conclusion contested by others.)

The issues were different, but in both the term “public relations” was associated with the idea of statements that are performative rather than authentic, and if not directly untruthful, based more on hope rather than reality.

This conclusion is bolstered by the Institute for Public Relations’ excellent August 2020 report Disinformation in Society which reported that in a March poll of 2,200 U.S. residents, only 26 percent put “some” or “a lot” of trust in public relations professionals to provide them with accurate news or information (though it’s worth noting that PR fares about the same as CEOs and better than politicians.)

And that was only August.

Of course, there is much good news in the field: Growth is solid (employment is one-third higher than a decade ago in the U.S. alone according to Statista); there is broad acceptance of the role (albeit often with different titles); and codes of conduct focusing on ethics are in place at IABC, IPRA, Page, PRSA and other membership organizations. But these three examples suggest a continued disparity between our aspirations for public relations – being a voice for truth, transparency, social responsibility, inclusiveness, listening, and even a strong organizational culture – and how we are viewed.

The problem is not a new one. In 1952, 68 years ago, in his book Public Relations, Edward L. Bernays, considered the father of public relations (full disclosure: he was my grandfather), wrote that “public relations is discussed everywhere but is still little understood.”

Although some might argue it’s more important what our internal colleagues think rather than the public, without an improved reputation, we may find it difficult to carry out the laudable aspirations represented, for example, in the title of the 2020 Page Conference, “The Business of Humanity: How CCOs Unite and Ignite for a Better World” or in the Melbourne Mandate with its goal that public relations “build and sustain strong relationships between an organization and its publics, and, in doing so, contribute to society.”

Why social science insights can help

What can be done? Ethical standards for how we go about persuasion seem essential. But in addition, based on a quarter century in senior public relations positions in the non-profit sector -- including for the last 18 years at The Wallace Foundation -- I believe better incorporation of social science insights into our practice could also help. There are three reasons why.

The first is the potential for greater effectiveness. In their fourth edition of Public Communication Campaigns, Ronald E. Rice and Charles K. Atkin wrote that most communications campaigns attained modest rather than strong impacts, in part because of “unsophisticated application of theory and models.” Those that did succeed were generally theory-based. Yet the integration of research insights with practice is, in my experience, an often-missed opportunity.

The second, is greater realism. Despite talk of reframing an issue with a single campaign (or even media appearance), the evidence suggests that attitude change more closely resembles the late John Kenneth Galbraith’s quip that “faced with the choice of changing one’s mind and proving that there is no need to do so, almost everyone gets busy on the proof.” When change happens through communications, it is likely to be incremental. Take road-safety campaigns: the average associated decline in alcohol-impaired driving is about 13 percent, and for crashes about 7 percent, according to a 2010 review by Melanie A. Wakefield for The Lancet. In North Carolina, the model Click It or Ticket program increased seat belt use by 17 percentage points, from 63 to 80%. These numbers are worth celebrating – real lives were saved, and injuries spared, for relatively low cost – but they are hardly magical transformations. More realism could get us out of the painful cycle of over-promising results and then under-delivering by comparison.

Third, social science theory could help us think through and make the case to others for our recommendations as counselors – especially important if they involve dialing back on a claim, investing in systematic listening to those we may not currently interact with or who have been left out, or shifts in policy. Without social science, we are arguing from experience, opinion, and perhaps logic; with it, we can add credible evidence, which research finds is always more persuasive. Here are a few social science findings we’ve found particularly helpful.

These examples only scratch the surface. Other studies suggest potential communications strategies to overcome partisan polarization, encourage civic engagement, and correct misinformation. What can we do to encourage more consistent use of social science insights, and help close the research-practice gap?

This is a pivotal moment for our profession, filled with peril and possibility. On top of a pandemic and an important conversation on equity, we face a rising tide of disinformation (deliberate falsehoods) and misinformation (unintentionally spread falsehoods), declining trust in institutions, and record levels of partisan polarization, as the RAND Corporation has documented in Truth Decay. To paraphrase William M. Sullivan, as we seek to be accountable both to the organizations for which we work, and to the public interest that the profession seeks to serve, the social sciences can be a crucial ally. 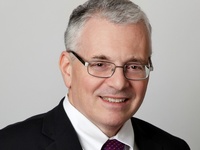 Lucas Bernays Held has been director of communication at The Wallace Foundation, an independent charitable foundation based in New York City, since 2002.