ITL #359   Occasion management: the advisor’s way to building a successful relationship with the CEO


The relationship between the CEO and the communications advisor seems unmanaged in practice, but the advisor can proactively demonstrate their professional value. By Kristian Eiberg.

It’s late afternoon in the CEO’s office in a large Danish, financial company, and the CEO briefs the new VP of communications on the pending appointment of a new chairman of the board. The CEO and the board anticipate negative media following the selection process. The company’s experienced media relations manager, who handles a media relations case like this, is overseas on holiday after having covered for the vacant VP position.

Back in his own office the VP considers his two options: To immediately retain external assistance by media relations advisors he trusts or – despite a huge workload – step down and deal with the issue himself. He chooses the latter and a successful handling of this task outside his formal area of responsibility turns into a defining moment, as he can demonstrate his professional competence to the CEO and the board.

No plan for CEO communication

One of the key observations in our study is that the communications advisor’s relationship with the CEO is unmanaged. This is a paradoxical finding. On the one hand, the advisors in our interviews unanimously agree that without trust, confidence and transparency they could not do their jobs. On the other hand, they are hesitant to identify what methods and tools they use to build and nurture the relationship.

In our 55 interviews, we only met one advisor who had a formal, written plan with clear objectives and activities for CEO communication. Her case is the exception which confirms the rule. The absence of plans for CEO communication is part of the paradox that characterizes the relationship between the CEO and his or her communications advisor. In most professional spheres you would devise a plan for something you considered this important.

But how does the experienced communications advisor then manage the relationship with the CEO in practice?

In our interviews, the advisors emphasize that it is important for them to identify and position themselves in situations where they can demonstrate their competencies to their top manager. However, instead of having a formal plan, the advisors rely on opportunities that may arise during the working day. We call this practice occasion management. In this context, an occasion is a situation where the communications advisor can demonstrate his or her professionalism to the CEO.

We suggest that occasions are viewed from a reactive or a proactive perspective and managed accordingly. When applying a reactive approach, the advisor handles a task quickly and efficiently. For example, she delivers a PowerPoint presentation to the CEO’s secretary according to the briefing. Or when the CEO needs to prepare for an important interview, she books an external media trainer. In every example, the communications advisor does not consider whether it has the potential to position him or her closer to the CEO.

On the other hand, if a proactive approach is taken, the advisor turns an occasion into an opportunity with the potential to further develop the relationship with the CEO. She delivers the PowerPoint presentation personally to the CEO; and, on the journey to the venue where the meeting is to take place, briefly explains her thoughts behind it. The advisor also decides to play a leading role in the media training session, reducing the external media trainer to a person who merely asks the questions in interviews.

This is not to suggest that the communications advisor should – or even could – take the proactive route on all occasions. We merely point out that the advisor can benefit from reflecting on the potential that different occasions may represent.

Thus, we see the management of occasions as crucial in relationship-building and suggest that a proactive approach can, to a large extent, accelerate the development of a close relationship between the CEO and the trusted advisor.

When – as a result of planned action or coincidence – the communications advisor manages to turn an occasion into a situation that accelerates the development of the relationship with the CEO, we call it a defining moment. The advisor with a proactive mindset will seek to identify or create occasions that can be turned into defining moments.

Many of the experienced advisors in our analysis recall one or several defining moments. Typically, they experience a significant breakthrough in their relationship with the CEO as a result of how they handled a certain task or situation. The occasion often entailed an element of risk and demanded rapid decisions concerning complex matters.

One example of a defining moment from our interviews was when the newly hired VP of communications in a Danish, financial company stepped in to resolve a media crisis because the media relations manager was on a vacation.

Another example was when a newly hired head of communications was in the hot seat during a senior management meeting. After the rest of the management team had presented their recommendations, the CEO asked the new head of communications for his analysis. An uneasy silence settled over the room. Eventually, the advisor decided to present a quite opposite point of view. The CEO decided to follow the new recruit’s recommendation. For the advisor, this became a defining moment that for years gave him authority in the organisation.

In every example, the relationship between the advisor and the CEO is accelerated because of the former’s proactive management of an occasion. Turning occasions into defining moments requires risk-taking based on a certain readiness – in terms of having done one’s basic analysis of the situation – combined with personal courage and resilience. Along with timing, these elements are essential if an advisor is to make sure that a potentially defining moment does not end up as a missed opportunity.

Come back to the plan

First and foremost, a plan increases the likelihood of success regarding CEO communication because the advisor is forced to perform a thorough initial analysis. With clear objectives, the plan also enables measurement and evaluation.

However, the development of a plan can also be viewed as one of the above-mentioned occasions when an advisor contrives to further develop his or her relationship with the top manager. It may even turn out to be a defining moment. But more importantly, even if all the activities in the plan might not be executed, the plan itself is a very valuable tool for setting the scene, putting CEO communication on the agenda and for creating and staging future occasions. From this point of view, a plan is a procedural tool with strategic potential and not necessarily the end-product.

Show me the value

The future communications advisor can establish governance by proactively using occasions to demonstrate his or her professional value to the CEO rather than just ‘go with the flow’. The newly appointed VP of communications in the large Danish financial company decided to view the potential media crisis as exactly such an occasion. Taking a certain degree of risk, he proactively managed to turn an occasion into a defining moment. 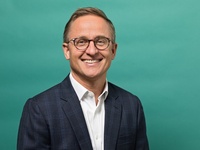 Kristian Eiberg has more than two decades of experience in advising executive management teams in national and international organizations. A managing director and partner of the communications agency RelationsPeople in Denmark, he is also an external lecturer in communications at Copenhagen Business School and serves as a non-executive director on several boards.