ITL #341 Linking brands with sport: is it time to stop thinking of sports stars as role models?


While elite sport has been bedevilled by many scandals, the highs outweigh the lows and countless brands continue to boost their image through sponsorship and other alliances. By David Alexander.

“Sports stories are a rich seam of human interest material.

“Sport embraces nobility and scandal, heroes and crooks, endurance and cheating, academics and morons, bravery and chicanery, artistry and ugliness.

“There are days when sport reaches the sublime heights of unscripted theatre and draws from men and women performers resources of nerve and skill beyond human comprehension.”  - The late Ian Wooldridge, Daily Mail Chief Sports Writer

When I started as a journalist in the 1990s, mobile phones were only just becoming popular, sports stars could still have a private life and, in football at least, two or three-day drinking marathons were not unusual.

Sport was also associated with scandal and tragedy.

The Heysel Stadium disaster in 1985 when 39 Juventus fans died as their side faced Liverpool in the European Cup final (remarkably the game was still played) typified the constant shadow of football hooliganism that tainted English football.

Mike Tyson biting Evander Holyfield’s ear in their heavyweight contest remains one of the most iconic moments in recent boxing history.

Ben Johnson breaking the world record in the 100m at the Olympic Games in 1988 only to be disqualified for taking steroids to boost his performance shocked the world.

Ice skater Nancy Kerrigan was attacked by a man who injured her leg with a metal bar. The assailant was later found to have been associated with her great rival Tonya Harding.

Diego Maradona was the greatest footballer of his era and helped Italian club Napoli to win the Serie A title twice, but was caught up in drugs and links to the Mafia which all but destroyed his career.

Tiger Woods, the first billion dollar sports star, saw his world collapse when his private life became public and his clean cut image was shattered by stories of infidelity with multiple women.

Lance Armstrong was celebrated for multiple Tour De France wins after overcoming cancer only to later be found guilty of doping (and using the excuse “Everyone did it!”) without much hint of regret.

The risks of association

So why would major brands be so keen to associate themselves with sports stars, clubs and competitions when the risks in associating with them are so high?

The drinks company, Diageo, recently ended a long-term partnership with rugby club London Irish after they signed Paddy Jackson. The former Irish international was cleared in 2018 of rape along with his team-mates but such was the offence caused by the messages he wrote in a chat group about the incident and his attitude to women that his former club Ulster terminated his contract.

Some argued that Diageo, as producers of alcoholic drinks, have contributed to unsociable behaviour and illness, but as I said in a BBC interview, it’s all about moderation and Diageo should not be held accountable for bad behaviour under the influence of excessive alcohol.

Football has moved on from the days of hooliganism and while some issues such as racism at matches still occur, it has become a much more family-orientated sport since the introduction of all-seater stadia.

Players still get into trouble, with marital strife, drunken behaviour and old social media posts getting players into trouble with their clubs.

It’s notable that one or two former England football captains struggled to get substantial sponsorship endorsements most likely because of their reputations.

On the flip side, Cristiano Ronaldo has developed substantially since his days as a callow youth at Manchester United. According to CNBC, he has more than 320m followers across social platforms including 128m on Instagram, making him the third most-followed individual on the planet.

With social posts said to be worth $1.8m in value each, and provoking more than two million interactions per post, analysts Izea say that Ronaldo made up to $400,000 on each sponsored posts on Instagram last year.

Football dominates the newspapers and mainstream broadcasters in a way few other sports do, and the increasing popularity of the women’s game adds a whole new level to the sports profile, with more than 10m watching England lose their semi-final to the USA.

Women’s football is diverse and players are not afraid to be open about their sexuality with numerous internationals coming out as gay. From a marketing and PR perspective, that breadth of diversity provides brands with a wider audience to target than the men’s game.

Barclay’s Bank and Boots recently invested in sponsorship deals with women’s football, tapping into the inspirational image the female game has – and so far, without many negative headlines.

Millennials in particular, a vital target for brands, want to buy and associate with brands that resonate with them through authentic narratives.

No wonder Nike launched a campaign called “Dream Crazier” with Serena Williams, which pushes back at gender stereotypes, with the sportswear brand further backing their outspoken star to highlight inequality.

They did the same with Colin Kaepernick, the former NFL quarterback who refused to stand for the American national anthem in protest at racial injustice. Plenty of consumers posted videos burning their Nike shoes at what they considered to be an affront to patriotism, but Nike sales grew as a result of the campaign.

Kaepernick caused further uproar when he asked Nike to remove the 13-star flag from a commemorative July 4 flag because of its resonance with slavery. Whether Nike enjoy being provocative or want to take a stand on issues that resonate with young people, it certainly keeps them in the public consciousness. 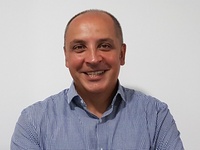