ITL #220 Choice of words: when should communicators use swag or slang?


Language is evolving faster than ever. As new terms and usages catch on among certain demographic groups, communicators need to think carefully about if and when to use them. By Juan F. Lezama.

Millennials are now the most ethnically diverse population in America today – with 43 percent of those born after 1980 classifying themselves as non-white, the highest share of any previous generation.1

The diversity of the population is evolving American culture and colloquial language. This presents a challenge to professional communicators about word choice for millennial audiences. When is standard language necessary and when is it more effective to deliver messages in terms that may not always be found in a traditional dictionary?

Slang once reserved for more casual communications (text or small talk) are now becoming more commonly used. Words such as swag (cool, smooth), bae (babe, boyfriend, girlfriend), dope (cool) and gucci (anything that’s good) are used by many young Americans. Some may use such expressions only in social settings while others use them all the time.

To add to the mix, the majority (62 percent) of U.S. Hispanics are bilingual and some choose to speak a combination of English and Spanish widely known as Spanglish,2 which gives young Hispanics even more vocabulary choices. The influence of the Spanish language is strong for many Hispanics, even those who are second or third generation. The version of Spanglish vocabulary can also varied depending on geographical location. California and Texas tend to use Mexican Spanglish. In Mexican Spanglish words like troka (truck), rufero (roofer) and carpeta (carpet) are commonly used. These words are not found in the dictionary of the Royal Spanish Academy, the organization whose mission is to preserve the proper use of the Spanish language.

Professional communicators face a tough decision on whether to stick with standard (i.e., dictionary) language or sometimes use informal terms like Spanglish in order to get their message across more effectively. Sometimes the latter tactic can backfire.

I have personally been on the receiving end of that backfiring. Many years ago, as an intern answering community calls at a Univision TV station, I would receive calls from angry viewers who were unhappy about the use of Spanglish on TV. They complained that Spanglish was insulting to their language and felt that Univision was treating them condescendingly. They may have had a valid point. The main Univision TV network (Univision has various properties now) targets mostly first-generation Latinos. It has a respected brand and, for many immigrants who are far from home, it serves as a trusted authority on a wide range of topics, including education, health care, politics and immigration. So Univision TV in those days probably was not the best fit for Spanglish (though, again, times have changed).

My view is that the use of colloquial language can sometimes help professional communicators get their message across to specific audiences. Following are some considerations that can help you decide whether or not to use such informal terms.

If the purpose is to communicate legal, health care, pharmaceutical, and policy or governmental information, the use of colloquialisms is not recommended. It could, at a minimum, confuse people, compromise the seriousness of a message, and, at worst, expose an organization legally. However, if the purpose of the communication is to deliver a promotional message that does not need to follow strict legal or regulatory guidelines, using some colloquialisms might help your brand gain credibility with certain target audiences.

In the United States, Verizon Wireless’ Bienvenido a lo mejor (“Welcome to the Best”) campaign targets Hispanic millennials.3 The campaign has done a good job communicating with a younger audience using Spanglish words such as switchea (switch), postea (post), likea (like). These words do not, by the way, appear in either formal English or Spanish-language dictionaries.

A campaign ad features a reggaeton song promoting the benefits of Verizon’s network. (Reggaeton is a music format that originated in Puerto Rico and mixes hip hop, Caribbean and other Latin music.) In this case, the campaign was directed at millennials who, if they were born or raised in the U.S., are more likely to accept the use of Spanglish. Older, foreign-born Latinos may be less receptive.

Some street vernacular might refer to people in a certain line of work and is commonly accepted. For example the Mexican Spanglish word rufero describes a roofer. It cannot be found in a Spanish-language dictionary. However, the word techador, the formal translation of roofer, is not used among Latino roofers in the U.S.

Communications directed at or about roofers might not be effective if they didn’t use the Spanglish word. A similar situation applies to fields, an English word that is widely used among Latino agricultural workers. One of my colleagues who had worked in California’s Central Valley on government communications directed at agricultural workers acknowledged that despite his resistance to using the English word in Spanish-language communications, he understood that using the word in English would be more effective than using the word in Spanish.

Using colloquial language may be tempting as it can sometimes make the speaker feel “with it.” Don’t do it, however, if the style is inconsistent with the brand’s communications. Recently, a few brands tried adding swag to their communications to come off as more youthful. Some brands are a good fit for this, while others just appear desperate. Social media engagement after a brand uses colloquial terms is often a good way to judge if it was done right. A few years ago several companies started using bae and fleek among other words in an effort to sound more youthful. Bae means boyfriend or girlfriend while on fleek means right on target. These words were starting to become such a common part of these companies’ vocabularies that a Twitter account titled Brands saying Bae (with nearly 40,000 followers) has been created to mock companies that use such slang.4,5

Some brands can pull this off while others cannot. Taco Bell and Pizza Hut have received positive engagement on social media after using words like these. However, other companies, such as Staples, did not receive such a positive response. This is perhaps because consumers who use these terms can better identify with Pizza Hut and Taco Bell; it was likely a stretch for office supply brand like Staples. Brands need to know and understand their audience before using informal language. Consumers today are savvier than ever, and attempts to communicate in ways alien to a brand’s personality can seem condescending or desperate.

Brands use colloquial language to appeal to a younger and more diverse audience. However, if a brand really wants to grow within these communities, it must go beyond advertising using slick vocabulary. Companies need to be authentic and become part of the communities they market.

A good way to start is by working with communications professionals who are part of the target community. I have often heard companies complain that they gave up on communicating with Hispanic millennials because they don’t see results, despite spending a significant budget on Hispanic media. When I ask what they’ve been doing, they respond that their general market agency translated their marketing materials into Spanish to air on Univision. There are many reasons why this is the wrong approach. Communications professionals who are well-versed in Latino youth should be consulted when targeting young Hispanics.

Also, when trying to reach specific market segments, such as Hispanic millennials, companies need to develop a strategic approach that goes far beyond advertising. It could also include recruitment in the target community, employee communications, community relations, product development and marketing. To achieve long-term success, strategy and execution must be aligned.

Using word in a sentence: My cousin Mike has swag. He is a DJ, wears a pair of $1,000 Dita shades (sunglasses), and kicks it (hangs out) with Lil Yachty.

Using word in a sentence: The Google campus is so dope! It has a variety of choices, a gym, massage therapists, and relaxation rooms.

Using word in a sentence: How are you? Is everything ok? Yes, I am gucci.

Using word in a sentence: I love my bae. We have been together for more than five years

Using word in a sentence: Your make up is on fleek. It looks so good!

Using word in a sentence:

I just saw a Ferrari. That car is raw.

Using word in a sentence: Your shoes are fire. They are the new Air Jordans Retro 3!

Using word in a sentence: Your friend is so chill. He is easy going and gets along with everyone.

Using word in a sentence: You are just putting me down today. Why are you being salty?

Using word in a sentence: That party I went to last night was so lit! I met Stephen Curry, Ariana Grande and Drake!

Using word in a sentence: It’s my cousin Randy’s party. Let’s turn up!

Using word in a sentence: What’s good bro? I haven’t seen you in a while.

Using word in a sentence: I don’t want to be your friend anymore, because I have heard that you have been throwing some shade at me.

Using word in a sentence: ¿Fuiste a la marketa ayer a hacer compras? 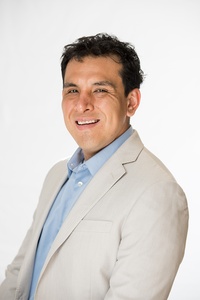