A group of young people facing mental health challenges created an award-winning campaign that fought the stigma of mental illness and changed services for the better. By Hil Berg.

The diversity and pace of a career in PR means there is always something new for us to learn. My most recent lesson lies in the benefit of listening to, and co-creating with customers – in particular, a unique group of teenaged mental health patients who call themselves ‘Fresh’.

These young people, against all the odds, created their own multi-award winning campaign that changed services for the better and set out to correct misconceptions around mental health.

The group’s success seems doubly intriguing. Firstly, the influence that a handful of young people, struggling with mental health challenges, exerted on a £300million NHS Trust, as well as politicians, health professionals and the public. Secondly their ability to act effectively, when, aged 13 to 17, they lack knowledge of communications theory, NHS policy, and professional life.

I met the group as Marketing and Communications Director at Liverpool-based Alder Hey –   Europe’s largest and busiest children’s hospital.  It had been set up as a result of service reorganisation in early 2014. Its members wanted to see ‘a fresh approach’ to NHS CAMHS (Children and Adolescent Mental Health Services) and were passionate about ‘smashing stigma’ as a result of their own life experiences.

Working for change, not money

From the outset, they refused to be paid expenses; explaining they didn’t want money because people would think that was their main motivation – when, actually, their mission was to change the system. They re-negotiated the use of expenses as a controllable budget, giving them greater influence within the organisation.

The group agreed to meet weekly with a remit to ‘improve services and fight stigma’ and created a Participation Charter, setting out their ‘rules of engagement’ with the NHS Trust. They agreed the changes they wanted to see and insisted on direct intervention with ‘hospital bosses’ rather than giving feedback indirectly.

My first experience of Fresh was being invited to an event where they set out their ambition and asked for support. Their stories were extremely impactful; to the point where a member of the audience from a local marketing agency, Kaleidoscope, offered them £25,000 in pro-bono services. Together we agreed to host three joint planning workshops.

While I was enthused by the group’s energy, I found their unconventional approach challenging. Eventually we found a way of working where I explained to them how to plan a campaign in simple steps and they reacted to form a plan. This focused on service improvements (new name, premises and patient involvement) and a communications campaign with clear objectives and channels.  This was later described as ‘first class’ by the CIPR1 and produced as a best practice guide.

Declining professional design solutions, a design student within the group worked within Kaleidoscope’s creative team to develop a campaign identity and content. One of her most successful ideas was creation of a small frog mascot, later named ‘Phileas Frog’ through a social media poll. In the style of his namesake, Jules Verne’s Phileas Fogg2, he has since been photographed as far afield as New York and the Vatican, and with MPs inside Westminster.

In October 2014, Alder Hey’s Board meeting began with young people presenting their idea for Fresh. The response from the Chair was described by staff and participants as the ‘high moment’ of the campaign. He thanked the group for their well thought-out and professional plan, and said he would support them as long as they could provide evidence from other young people that it was a good idea.

I worked with the group on a budget case while in November 2014, they conducted research with staff and young people. This was reported and approval was given for action, which was a catalyst to source a small budget for website development. Again, the group insisted on co-creation developing a unique, interactive site. The budget covered production of a brochure, pull-ups and merchandise. In May 2015, the group re-presented to the Board and launched their campaign.

The results of the campaign launch were unprecedented and included advocacy from NHS leaders, celebrities, and local and national politicians, and an audience reach of around half a million people, directly and through social media.

Subsequent results have included a new name for the service (Fresh CAMHS), widespread involvement of young people as peer mentors and on recruitment panels; and a successful move to new premises.

The group were recognised by the 2015 CIPR Pride Awards for ‘Best Healthcare Campaign’ and ‘Best Public Sector Campaign’ https://www.cipr.co.uk/sites/default/files/Alder%20Hey%20-%20Public%20Sector.pdf.

The success of the group led the professionals involved to reflect on what factors made it work. Several themes emerged and were endorsed strongly within stakeholder interviews.

Clinical Psychologist Dr Simon Lewis explained: “they’d all had a bad experience turned good, so they had hope but wanted it to be different for others”. All had experienced stigma from the community, usually school.

The idea that people who do not have theoretical knowledge can be more effective than those who do, especially if they have relevant experience goes as far back as Aristotle3. In the context of power dynamics4 it is also possible to see how their position gave them legitimacy and respect; an expert status; potential to benefit the hospital - and even the possibility of coercion (although never used), through their relationship with decision makers.

The idea of patient participation brought a mixed response from staff. A major factor in changing their outlook was the input of specialist youth workers in the team, who had a different perspective and approach to participation than some clinicians.

Relationships were based on equality and mutual respect. When two members were hospitalised under the Mental Health Act, the team made it OK to carry on, with one participant commenting: “They visited every day – bringing us to the weekly meeting. Their view was ‘so what?’ You can still function and succeed despite mental health problems. They stuck with us all the way.”

The theme of equality was also embraced by me, the design agency and web designers (although not without challenges as we found a new way to ‘co-create’).

There was a strong theme of friendship and belonging, described by Simon Lewis as “a sense of security and power that was built on trust”.

Humour played a major part in relationships – a benefit which is underpinned by a plethora of research in terms of building rapport, influence and change; as well as enhancing team performance.

A fascinating insight into the group’s success was the suggestion that it arose because every meeting fulfilled the ‘five ways to wellbeing’5: connect, take notice, keep acting, learn and give.”

The group was supported by an acknowledged leader, Joel. While his role was informal, within months he was seen by Trust staff and partners as representing the young people.  Everyone agreed that recognising Joel as a formal leader would have disturbed the balance within the group; this was simply seen as his skill, alongside those of others.

This was typified by the young people refusing to accept expenses, insisting on co-creation and wanting a direct relationship with ‘bosses’.

The group was validated by success, where it was endorsed by Trust leaders (name change, new premises and roles); and outside agencies (awards, school programme). This led to ‘success building success’; a concept known as psychological momentum6.

Storytelling was a golden thread running through the Fresh campaign, from the group’s original meeting with decision makers, through Board meetings and then engagement with a wider audience.

This is endorsed by a wealth of evidence on the use of storytelling within business communications, notably in the areas of leadership and organisational change.

An interesting outcome from the Fresh group was its therapeutic benefit, although participants and staff are clear that this is not the remit of the group: according to Simon Lewis: “It is absolutely not a therapeutic group or a treatment option. That’s not why it’s there. We want people to come if they are passionate about change.  Its added value lies in self-efficacy”. Despite this, two young people credited the campaign with saving their lives.

2  ‘Around the World in 80 Days’ by Jules Verne, classic adventure novel published in 1873 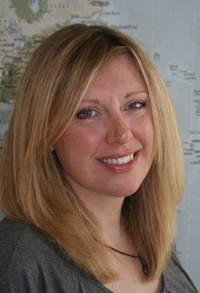 Hil Berg is a Chartered PR Practitioner and a UK-based brand and communications consultant who focuses on work that brings about positive social change. She works nationally and internationally for Government departments, public and third sector organisations, and advises private sector clients on corporate social responsibility. She is a trustee of three charities, a trainer and mentor for the School for Social Entrepreneurs, and is studying for a Masters in PR and Communication for Social Change.