ITL #215 President Trump and me: why I still believe in ethical PR


In these troubled, divisive times, PR has a vital role to play in bursting ideological bubbles and creating common ground on which people of opposing views can meet. By Guy Versailles.

Undeniably, Donald Trump won the US presidential election by being “a bigot and a bully”, as First Lady Michelle Obama put it, by resorting to fear-mongering against illegal immigrants in general, Mexicans and Muslims in particular, by unabashedly claiming how smart he was not to pay taxes for two decades, by systematically denigrating the ruling class, including the mainstream media, personally attacking people, including his opponents, journalists, women, instead of debating their ideas, and by mouthing absolute fantasies about the state of the country, arguing that criminality is rampant, the economy is in shambles, the international community is taking advantage of the US. All things that were easily proven to be untrue.

The result of the US election is even more troubling because we were forewarned by the BREXIT referendum, another upset victory whose principal architects explicitly admitted they won by leaving the facts to the REMAIN side and concentrating on emotion, fear of the other, and what Kellyanne Conway has famously named alternative facts.

So, how do we square these uncomfortable developments with our claim that PR must remain ethical? This question is very close to the one CNN analyst Van Jones asked on election night: “After that nasty and divisive election, what do we tell our children?”

The question has sparked hundreds of responses from parents, educators, journalists. The same uneasiness is present in the PR community. Daniel Tisch describes how Presidential candidate Trump used communications tactics that we normally shun as ethical PR practitioners (and that he’s still using since taking office), bringing Everett Martin to ask: Did the US election kill ethical PR?

This question must be answered, loud and clear. My personal answer is the following: In the long run, in the larger scheme of things, ethics pay; in politics, in PR, as in all other fields of human activity.

To be sure, you can win with lies and manipulation, this happens all the time. But there is a huge price to be paid afterwards. Because unethical conduct erodes trust and reputation, and sooner or later generates conflict.

The means he used got Donald Trump elected. But they also deeply deteriorated the very social fabric of the society he was elected to lead. Arguably, the split between the ‘red’ and ‘blue’ Americas existed before the election, but what was a worrying divide he has recklessly turned into a Grand Canyon of unprecedented magnitude.

Racism, sexism and xenophobia were of course always there, they are eternal, but they were kept in check, at least in their more egregious manifestations; most people understand they are not acceptable principles to build on as a society, and those who don’t didn’t dare to go public.

Since the election, there has been a marked increase in worrying and outright dangerous incidents by people who obviously feel they are now allowed to vent their darker impulses. Trump has let the dark genies out of the bottle; he must now contend with them. Following his election, he had to disavow the prominent alt-right leader Richard Spencer who punctuated his overtly racist speech with ‘Hail Trump!’ salutes.

Donald Trump got himself elected but he caused enormous damage to the very fabric of society. He now has to manage the mess he created and figure out how to deliver on his promises without wrecking the environment and find a way out of the low-intensity civil war he has triggered. We should wait a few years to see how all of this plays out before deciding that his unethical conduct has been profitable, even for him, let alone for his country and the rest of the world.

So far, his tenure has been nothing short of catastrophic, according to the New York Times as well as to Der Spiegel. Two months into office, according to Gallup polls his average approval rating stands at  42 %, a full 21 % below the average for all American presidents going back to Eisenhower, and all major credible American media deplore the damage he is doing to the credibility of the presidency.

Now let’s take the discussion to another level by asking a very simple question: What type of person does each of us want to be?

Some people win by lying, deceiving and manipulating, and are quite good at it. They do not see, or they do not want to see, the damage they are inflicting on the very fabric of society.

Donald Trump is oblivious to this because he believes in only two things: money, and power. In his world, money cures everything and justifies everything. Not paying taxes makes you smart. Firing people at will, not paying your suppliers, cheating people out of their money through phoney universities, anything goes as long as you turn a profit. Obviously, many people are OK with this. I’m not. And I don’t even feel I have to explain why, save for the fact that civilization – including the Unites States of America – was built by people working together, not cutting each other’s throat.

We need to take the discussion to yet another level.

We know for a fact that most of the 50 million-plus people who voted for Donald Trump are not “deplorables”, to use one of Hillary Clinton’s most unfortunate words. We have to wonder what exactly drove them to vote for him? There seem to be two main causes.

#1: Huge parts of America quite simply do not espouse liberal values; on issues such as abortion, gay rights, any form of marriage other than that of a man and a woman, these people have felt more and more estranged in their own country as the courts, and notably the Supreme Court, under the influence of the East and West Coast liberal culture, legitimized practices that run counter to their culture and religious beliefs.

One can only imagine their reaction when faced with the recent toilet war debate as to whether transgender males and females should be allowed to use the public toilets of the gender they identify with rather than that of their gender of birth. For these people, the President’s prerogative to name the Supreme Court judges was the overriding factor, as they hope a more conservative bench could turn back the clock on issues such as abortion.

In the same vein, there is undeniably a xenophobic current agitating American society. It has been fueled of late by fears of terrorism. Expertly stoked by Donald Trump, fear of Mexicans and other illegal immigrants, Muslims, Syrian refugees, were huge drivers of the Republican vote.

#2:  As the chasm between the haves and the have-nots has grown ever larger, the dominant coalition of American society, again mostly located on the East and West Coasts, has literally lost touch with half the country. The understanding of the world of the people who have experienced an economic downfall might be entirely wrong (from our perspective), but their suffering and their dismay is real.

Public relations can contribute greatly to alleviate these two causes. We will never convince conservatives or liberals to change their values, nor should this be an objective. What we can do is to foster dialogue within society, recreate bridges and awareness of the existence of multiple realities. Work to build common ground where people of opposing views can meet and discuss. Burst the ideological bubbles in which we have inadvertently isolated ourselves by our addiction to social media.

It is much easier to deride, mock and be suspicious of people we never meet, so let’s move towards others, get to know their world and invite them into ours.  To put it another way, we must contribute to rebuild a much wider middle-class, more equally sharing prosperity and more aware, knowledgeable and tolerant of the diversity of beliefs and values that is the reality of what the country has become.

As with all real communication, the first step in rebuilding mutual understanding must be for all concerned, including the anti-Trump movement, to listen before trying to convince anyone of anything. That we were so surprised at the result of the election indicates how dismally we have failed at this very basic task. Listening not only to arguments, but to feelings and emotions will get us out of the I-am-right-and-they-are-wrong mindset that can only perpetuate the deadlock.

Corporations, governments, public and private institutions that have lost touch with huge swaths of the population must work towards rebuilding trust, recreating bridges with their stakeholders, know who they are, what they think, what are their fears, and their hopes. They will have to address the root causes of the problems that created the unrest.

If globalisation is to survive, its proponents will have to take into account its undesirable side-effects on the working class, as well as its benefits. If international trade agreements are to be concluded in the future, they will have to incorporate not only trade itself, but also binding international commitments “to combat fiscal and climate dumping...for example, minimum rates of corporation tax and targets for carbon emissions which can be verified and sanctioned,” as suggested by Thomas Piketty. As Stephen Hawking writes, we need to correct the major imbalances that have so negatively impacted both the working classes of industrialized country and our global environment.

As PR pros, we have a huge job ahead of us. Without turning away our obligation to further our clients’ legitimate business objectives, we are also under professional obligation to assess the overall business, political and social environment they must adjust to, so as to allow them to make well-informed choices. As a profession, we have taken huge strides in understanding the unique nature of our contribution and we should constantly remind ourselves of IPRA’s Code of Conduct, as well as of the Global Alliance’s Stockholm Accords and Melbourne Mandate.

Finally, I suggest we remember there are precedents. Demagogues and buffoons have succeeded in getting elected in the past, and even if we believe we are going back in time, the world doesn’t end with an unfortunate election.

As one conservative mother told her child when Barack Obama was elected in 2008 and re-elected in 2012, this is how democracy works.  The country is bigger than any individual. Half the country didn’t vote for him but he is now the President. And as others are saying, we must cure ourselves of our fixation on executive power, as well as of our delusion that presidents inevitably tell the truth and do the right things. Democracy is all about checks and balances.

All institutions are important, as is the role of an informed citizenry.  Most notably, American cities have demonstrated their capacity to develop policies independently from the Federal government; they might very well become major centres of opposition to the ideas of the new president and of the Republican Congress.

If we want to counter Donald Trump’s corroding influence on our progressive ideas and ideals, we must de-focus from the former and re-focus on the latter, never losing sight of the need to build respect between our values and those of others. As for PR, ethical practice remains the way of the future. 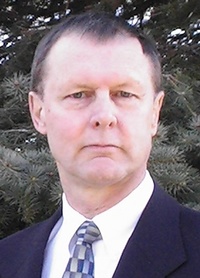