ITL #195 Media relations: The death of the sell in


Once a PR industry norm, phoning journalists to ‘sell in’ press releases has had its day. New skills are needed to deliver effective media relations. By Joshua Van Raalte.

The cornerstone of PR has traditionally been the media sell in.  Turning the clock way back to when I started in the industry, I can still vividly recall my very first one.  Armed with a media list, crib notes and a press release, I was ready to tell the world.  It was a fairly dull story, but to me it was the biggest news ever.  A few practice runs with my seniors, and I was off to pass the story onto some of the most jaded, yet important people in the world.

I recall the thrill of the first person to take an interest, as well as the first of many hang ups with feedback of nothing more than a grunt.  That day I got more grunts than nods. Yet I felt I achieved good results out of a hard day hitting the phones.

This was the best way to disseminate a story, however with technology and cultural changes, the sell in is certainly in decline and will perhaps soon be gone for good from the PR industry.

Its demise wasn’t overnight, nor was it particularly to do with lazy work practices (although I sometimes have my doubts!). We know that journalists’ phones aren’t ringing off the hook like they used to – and that the media isn’t picking up as much either.

Millennials don’t use the phone. They are of a generation brought up on texting, messaging and communicating on social media.  Phone calls cost money, so they’ve been avoiding calls since they got their first mobiles.  This is why our new generation of PR professionals aren’t particularly adept on the phone.  They simply don’t feel comfortable with this form of communication and communicate in different ways.

Equally, the millennial journalist on the other end of the phone also finds phone work uncomfortable.  So we have two sets of individuals who prefer email, Twitter, Snapchat etc. over the phone.  And we have to consider this seriously as PR professionals. Twitter may be more effective now in getting a story out there to the right person.

Over time, as Millennials (and Gen Z) come to dominate the journalism profession, there will be no point in the traditional sell in.  Why should it persist just because a few journalists are stubborn enough to stick to the phone?  We had the same with fax too.

The convenience of email

When email was first introduced, PRs quickly replaced previous forms of sending out releases (e.g. fax and post).  This saved a lot of distribution and admin time, but the sell in continued.

Now, sending out releases without a sell in has become the industry norm for many agencies and press offices. Interviewing one potential millennial AD from a reputable global agency, he admitted the agency BCCs releases out and personally hadn’t spoken to a journalist in more than two years.

Another job candidate took painstaking efforts to explain to me how they based their career on developing data mail merges from Gorkana to BCC more than 500 journalists at a time.  While I may be old school, that seems more of a job for the mailroom, not communications specialists.  Perhaps this is somewhat lazy, but I can’t see too many consultants proud of their work using this method.

However, journalists get hundreds of press releases delivered to their inbox every day.  Yes, most are spam or irrelevant (another by-product of BCC press release distribution) but the best way to get your great story noticed is to call them up.  Or you could fax them – not too many press releases going out like this anymore.  But I’ve seen great success in the use of Twitter and LinkedIn to get the same desired effect.  It may not save time and effort, but if it’s the preferred way to get to the right journalist, then that’s what it’s all about.

The above doesn’t mean that PR has gone down the drain, far from it, and the industry continues to attract some great talent.  However, it does mean that agencies and businesses need to adjust to accommodate new people, new skills and new techniques. This starts with recruitment and continues with training programmes which reflect now and the future, not a best practice set 20 years ago.

As an industry, we need to look for other skills when recruiting, for example: a person’s ability to connect on social; create networks from nothing; ability to take in hundreds of sources of media and news and interpret them for the benefit of the businesses we represent.

PRs will still need the ability to gain the interest of a journalist in 10 seconds or less – it may not have to be over the phone.  The modern PR professional should still be able to do a sell in; however, not only is there a resistance to this by new industry entrants, they may be right – it’s no longer needed. 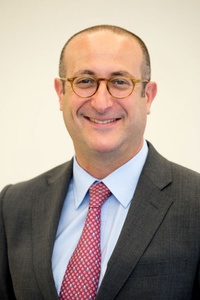 Joshua Van Raalte, CEO, Brazil. Founded in 2003, Brazil has its HQ in London, with offices in the USA and Brasil.