There is momentum behind the emergence of the Chief Reputation Officer. Yet understanding of the role remains sketchy. By Peggy Simcic Brønn.

There is a growing momentum for a new executive role in organizations, someone who represents a cross between a risk analyst, a knowledge information officer and a corporate communication specialist. We are referring to the role of the Chief Reputation Officer (CRO).

Charles Fombrun of the Reputation Institute famously quotes PR consultant Alan Towers on precisely what a CRO would do. (Towers is credited for coining the term reputation management.) A Chief Reputation Officer’s tactical responsibilities would include “oversight of pricing, advertising, quality, environmental compliance, investor relations, public affairs, corporate contributions, and employee, customer and media relations. Rather than literally do each of these jobs, the CRO would act as a corporate guide, working with specialists in each area to help them see the reputation consequences of their decisions. If necessary, the CRO could impose an opinion…”

Morten Albæk, until recently Global Vice President of Marketing and Customer Insight at the Danish firm Vestas, the world’s largest producer of wind farms, says it is time that firms start investing in training for a reputation directorate. Anthony Johndrow of the North American Reputation Institute goes so far as to identify five types of skills necessary for a CRO: cognitive, analytical, process, communication and organizational skills.

Further evidence of the rising status of the CRO is also provided by the Reputation Institute, which claims that “Change is happening at the individual, departmental and organizational levels that will usher in the era of the chief reputation officer ….” The Institute predicts that “there will be a Chief Reputation Officer in an overwhelming majority of Fortune 500 companies by 2015.”

In a global survey of more than 300 professed Corporate Reputation Officers, Reputation Institute described these managers as “executives who identified themselves as the senior-most functional leader, responsible for setting their company’s corporate reputation, marketing, corporate communications/public affairs, and/or business strategy”.

There appears to be little research into the phenomenon of the rise of the Chief Reputation Officers; what they do, who they are, what their competencies are, etc. This is akin to a 1999 article by Earl and Scott, who had similar queries about an emerging corporate executive, the Chief Knowledge Officer (CKO).

With no accepted definition of knowledge management, the authors set out to interview several CKOs in order to gain insight on the evolving practice. They asked such questions as: What do CKOs do? Is there a model CKO? How does a CKO differ from a CIO (Chief Information Officer)? Is the role of CKO likely to endure? Finally, does knowledge management require a CKO?

We find ourselves in the same position today concerning the emerging executive position of Chief Reputation Officer. There is no real research on the roles of the CRO, who they are, what they do, and most importantly whether or not reputation management requires a CRO. And if so, is it even feasible that the CRO could carry out the role?

The definitions cited here bear striking similarities to van Riel’s (1995) definition of the CCO (Chief Communication Officer). Reputation Institute’s description of the respondents in their survey of CROs also seems to have identical responsibilities and challenges as CCOs and the CKOs studied by Earl and Scott.

This discussion is not going away. It took Google 38 seconds to generate more than 98 million hits on chief reputation officer. There are numerous links to business media articles on the role, consultants offering advice, and schools offering education in the subject.

ReputationToday, an India-based media outlet ran a headline story recently on its webpage titled “PR 3.0 starring Chief Reputation Officer!” (the exclamation point is theirs). Linkedin offers a list of what they call Top 25 Chief Reputation Officers. Of these, about half are consultants. The others have a variety of roles, and many work in communication in some capacity.

A focus of a great deal of discussion on the net concerns the role of the CRO and if it belongs to the CCO, chief communication officer. Standard reputation drivers are those used by Reputation Institute’s RepTrak: work place environment, ethics, governance, products and services, leadership, financial performance, and innovation.

The reality is that the communication department has little to no involvement in setting the KPIs for these dimensions. Further, the list of stakeholders can be diverse and long, depending on the size of the organization and the length of its value chain. These are normally under the supervision of a myriad of other functions within the organization. The question is if communication officers have the power and influence to monitor the behavior of the entire organization. For this is what it takes to keep KPIs in line with building positive reputations.

Nevertheless, there is still a great deal of ambivalence about who should be in charge of it. According to a study in the UK, regardless of the level of planning in place, the majority of companies (76%) believe that someone at board-level should have primary responsibility for corporate reputation. Yet 46% of companies primarily turn to their public relations/communications advisers for guidance on corporate reputation.

Managing reputational risk is an activity that comprises the entire organization. UK professor John Balmer argues that because the organization’s reputation can act as a standard governing behavior, everyone should be encouraged to practice what he called the D.E.A.R. principle: ‘Decisions, Evaluated, Against the Reputation.’ This simply involves asking the question: “Would my actions be in line with the company’s good/ bad reputation?”

Getting employees to reflect on those decisions that might lead to putting reputation at risk requires an ‘organizational’ mindset that has reputation at its center. It is possible to build an organizational culture that promotes such a mindset.

Moreover, it is natural that a communication department take the lead in such an effort by building and overseeing a cross-functional team whose overall goal is ensuring decisions and behavior consider reputation before being made or acted out.

Living up to expectations

The ultimate test for an organization’s reputation is whether stakeholders’ perceptions match expectations. Stakeholders expect certain behavior from an organization, often because of ‘promises’ made by the organization through its marketing or corporate communication.

However, the media, word of mouth or their own experiences also influence stakeholder expectations. The test is when a stakeholder encounters the organization and perceives that what they get is what they were promised.

This ‘ultimate’ test for the organization depends on how well it listens to its stakeholders. How well does it interpret their desires, wishes and expectations? To what extent does it deliver on the promises it has made? And lastly, how credible are its communications? 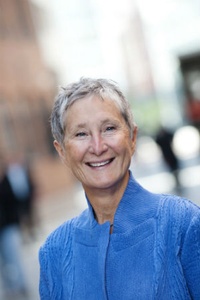