Steven Yong from Weber Shandwick Kuala Lumpur explains how PR helped Microsoft Malaysia showcase its next generation of infrastructure and application platform products along with the IT heroes that made it all happen.

The theme of the event, Heroes Happen Here, was geared to highlight the outstanding work that IT professionals, developers and partners do every day to create solutions and cutting-edge applications that keep global commerce and industries running – and the work that drove the creation of the three new enterprise products.

For this widely anticipated launch, Microsoft intended to create awareness amongst IT professionals and developers, the individuals destined to become advocates for the products in the field, to generate excitement for its pre- and in-event launch activities. A ‘First Clinics’ lab gave developers a first glimpse of these powerful tools and a Malaysian IT Heroes search contest was planned to culminate on the day of the launch.

Press releases were written to highlight updates and new versions of each product. A Heroes Happen Here offsite event was coordinated specifically for key media titles including Malaysia’s wire and broadcast service, Bernama.

For the launch, Weber Shandwick successfully organised the official press conference and media engagements, all highlighting the Heroes Happen Here theme and emphasising Microsoft Malaysia’s commitment to its key audiences, supplemented with strong and positive endorsements from customers and partners.

Microsoft Malaysia was able to celebrate the innovative spirit of more than 4,000 IT professionals and developers attending the launch in the presence of 40 media representatives from 33 publications, television and radio stations. The planning effort resulted in favorable coverage from the media with over 70 stories featured in major dailies, magazines and broadcast media titles. 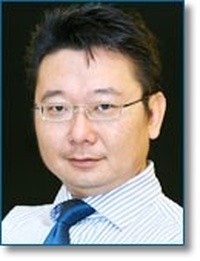